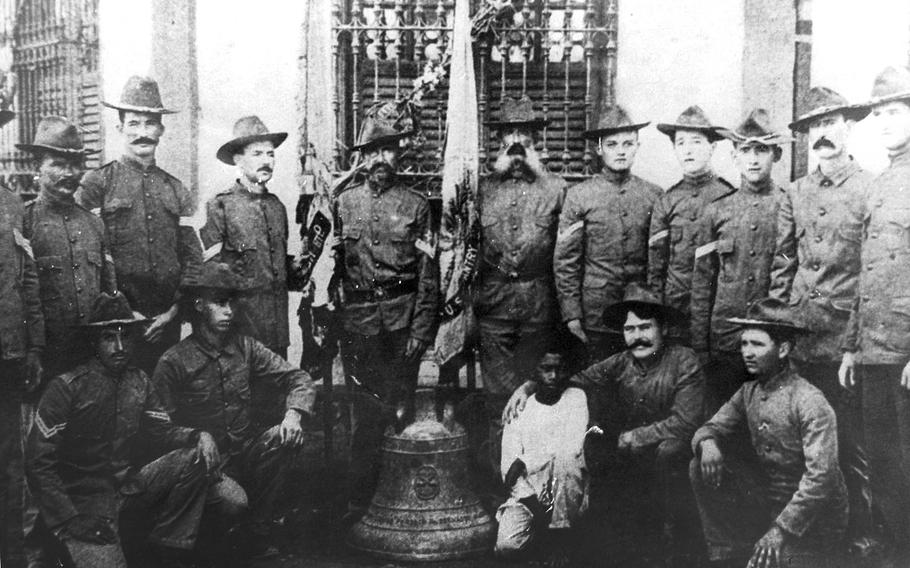 Soldiers from the 9th Infantry Regiment pose with one of three Balangiga bells in the Philippines in 1902 in this photo, displayed in the 2nd Infantry Division museum. Legislators from Wyoming oppose the Pentagon's planned return of the bells to the Philippines. ()

Soldiers from the 9th Infantry Regiment pose with one of three Balangiga bells in the Philippines in 1902 in this photo, displayed in the 2nd Infantry Division museum. Legislators from Wyoming oppose the Pentagon's planned return of the bells to the Philippines. () 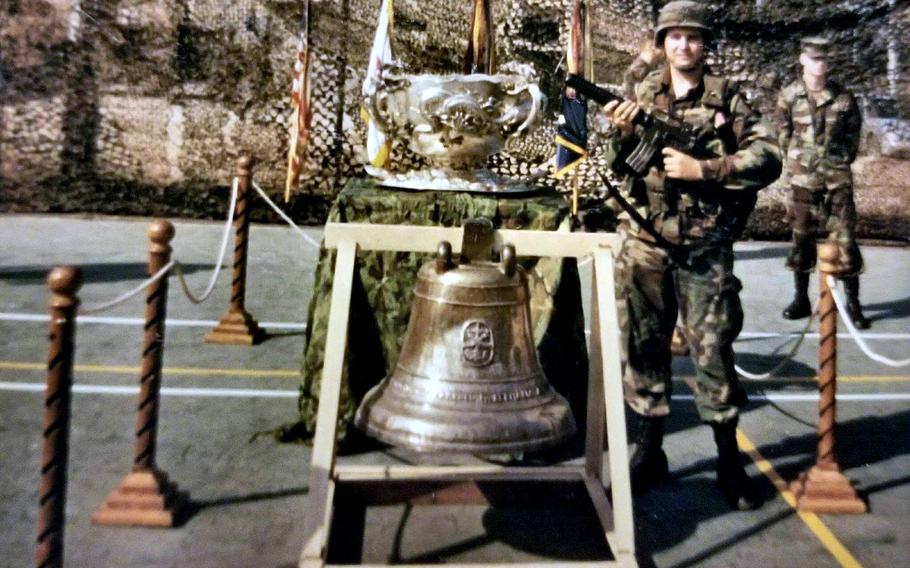 One of the controversial Bells of Balangiga, bells seized in the aftermath of a battle during the Philippine-American War, now resides in South Korea, where Michael Stender, then an infantryman with the 1st Battalion, 9th Infantry Regiment headquarters posed with the bell in 1996. (Courtesy of Michael Stender) 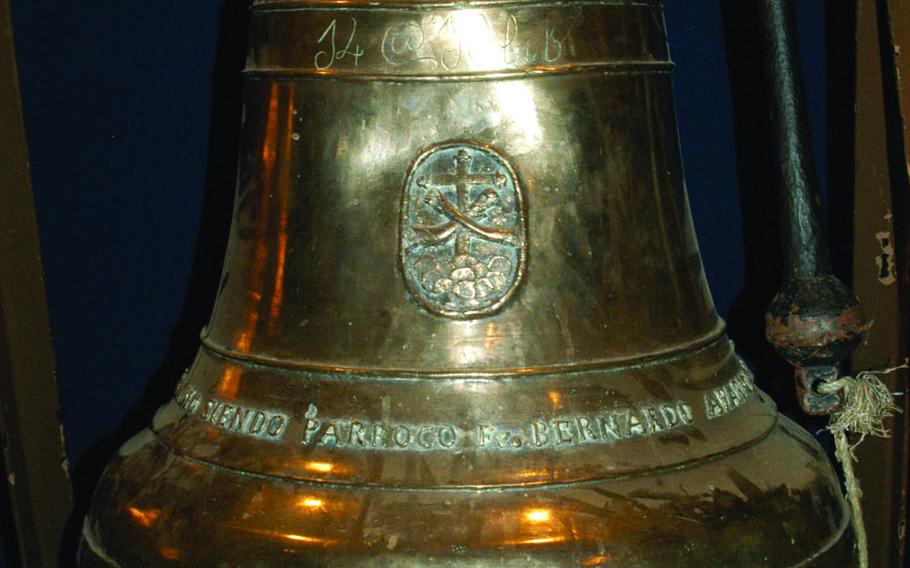 Buy Photo
The Balangiga Bell on display at the 2nd Infantry Division Museum, Camp Red Cloud, South Korea. Wyoming legislators oppose the return of this bell and two others to the Philippines, where they were seized by U.S. troops during the Philippine-American War. (Seth Robson/Stars and Stripes)

Veterans and lawmakers from Wyoming have voiced their objections to a Pentagon plan to return church bells seized by U.S. troops more than a century ago after a battle during the Philippine-American war.

These objections come as veterans groups such as the American Legion face internal divisions over whether to support returning the bells, which some see as a war memorial and others as a mark of shame.

Philippine nationalists viewed the war, which lasted from 1899 to 1902, as a war of independence, while the United States, which took the islands after the Spanish-American War, regarded it as an insurrection.

“These bells are memorials to American war dead and should not be transferred to the Philippines,” Wyoming’s U.S. senators and congresswoman said in a letter published Monday. “We oppose any efforts by the Administration to move the Bells to the Philippines without the support of Wyoming’s veterans community.”

Defense Secretary Jim Mattis gave notice last week that he would seek to return all three bells held by America — two in Cheyenne, Wyo., and one at Camp Red Cloud, South Korea — to the Philippines. They were seized from a church after the 1902 Battle of Balangiga, in which 48 American troops were killed by Filipino rebels.

Wyoming’s congressional delegation is working on the next steps to keep the bells, said a spokeswoman for Wyoming Rep. Liz Cheney, who signed the letter together with Sens. Mike Enzi and John Barrasso.

In July, the Veterans of Foreign Wars approved a national resolution in favor of returning the bells — a move that was crucial for Mattis’ approval, said Sonny Busa, a Filipino-American Army veteran. The resolution was adopted thanks to the efforts of members of VFW posts in the Philippines , said Dennis Wright, a retired Navy captain and member of VFW Post 2485, near what used to be Clark Air Base.

The American Legion adopted a resolution in 2016 supporting the current location of the bells, saying returning a military monument would set a precedent for countries to make similar demands for relics from other wars.

“They’re disturbing a war memorial,” Todd White, a former national vice commander of the American Legion, told the Wyoming Tribune Eagle on Tuesday. “Those bells have been there for 113 years, and to arbitrarily give them back to the Philippines ... I don’t understand that.”

Wright describes the Wyoming veterans who oppose the bells’ return as “misinformed and misguided.”

No veterans from Wyoming served in Balangiga, he said, and a memorial to the dead from the battle already exists in Sackets Harbor, N.Y., home of the unit that fought that day.

Pro-return veterans say they plan to donate replacement bells to the state of Wyoming if the original bells go back to the town of Balangiga, where villagers have built a tower to house them.