Battle for Ghazni ebbs as Taliban capture base in northern Afghanistan 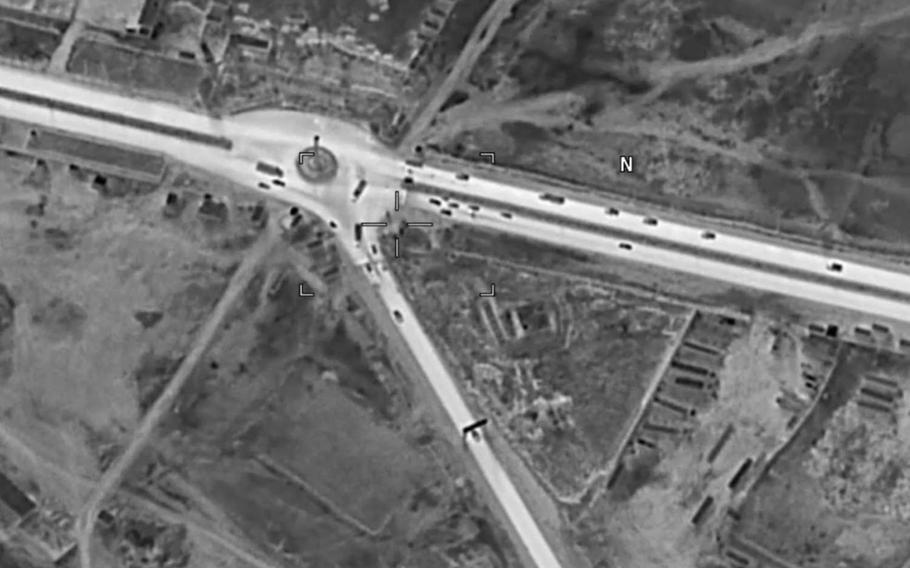 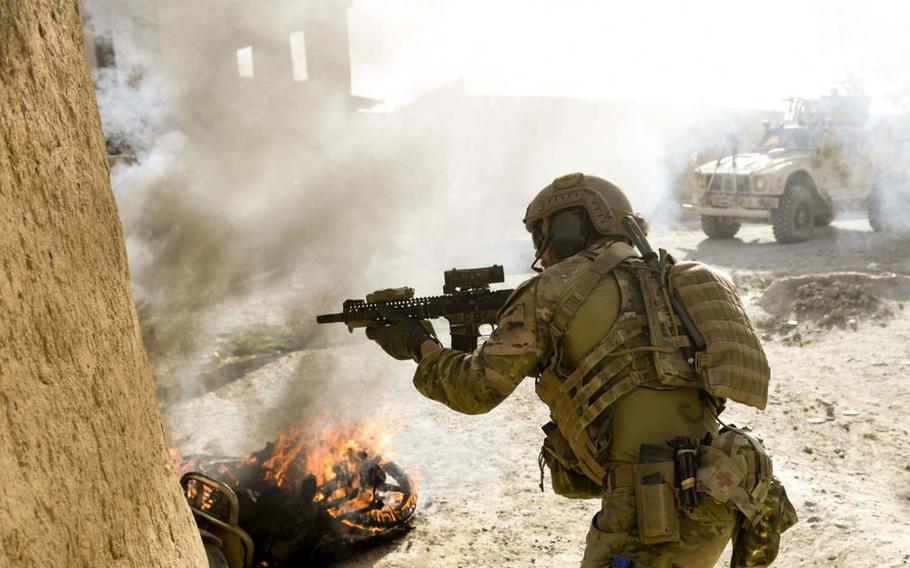 KABUL, Afghanistan — The U.S. military appears to have ended its bombing campaign in the embattled city of Ghazni, which was the scene of heavy fighting after the Taliban tried to storm it on Friday.

An Afghan-led clearing operation to drive the last remaining insurgents from the city, located about 100 miles southwest of Kabul, was underway on Tuesday evening, but no U.S. air support had been needed for the first time since fighting started on Friday, U.S. Forces-Afghanistan said in a statement.

The Taliban’s surprise attack on the city, which lies astride the main highway between the capital and the south of the country, appeared to represent a major intelligence failure and highlighted the government’s inability to gain the initiative despite 16 years of massive American support, which has cost the U.S. $1 trillion and about 2,300 military lives.

The rare attack on a major population center also disrupted months of optimism over advances in the peace process.

In another action, the Taliban on Monday captured a military base in northern Afghanistan, officials confirmed to Stars and Stripes.

A total of 43 soldiers were killed and wounded when the insurgents attacked Camp Chinaya in Faryab province, Mohammad Tahir Rahman, a local council chief, told The Associated Press.

The report cited Taliban spokesman Zabihullah Mujahid as saying that 74 Afghan soldiers surrendered or been captured during the assault. He also said the insurgents had captured eight military Humvees — armored vehicles provided to the Afghan forces as part of U.S. military assistance.

Many details of the fighting in Ghazni remained unclear on Tuesday, largely because of severed communication lines.

U.S. and Afghan officials were criticized for playing down the severity of the attack after it began. Reports by journalists in the city suggested that the Taliban had gained much more control than officials were admitting.

About 100 members of the Afghan security forces were killed in the clashes, Ghafor Ahmad Jawed, a Defense Ministry spokesman, told Stars and Stripes on Tuesday. The United Nations cited reports that there may have been up to 150 civilian casualties.

Meanwhile, more than 220 Taliban guerrillas were killed by U.S. airstrikes, according to USFOR-A.

“In terms of (NATO) assistance to the Afghan-led clearance operation, Task Force-Southeast, U.S. Special Forces and 1st Security Force Assistance Brigade advisors are providing advice on things such as clearance operations and combined-arms integration,” it added.

A photo circulating on social media on Tuesday claimed to show a U.S. servicemember who had been wounded in Ghazni.

USFOR-A spokesman Lt. Col. Martin O’Donnell confirmed that the servicemember was wounded in or around the city, but he would not release additional details.

The battle in Ghazni followed an unprecedented three-day cease-fire by the Taliban and Afghan government in June. It also came after a senior U.S. diplomat reportedly met with Taliban representatives in Doha last month.

The government was widely expected to announce another cease-fire in the coming weeks to mark the Islamic holiday of Eid al-Adha. It’s unclear whether the events in Ghazni will have an impact on the possible truce.

“I don’t think constant Taliban attacks should be a stumbling block for peace because the Taliban clearly want to negotiate from a position of strength,” said Emily Winterbotham, a senior research fellow at the London-based Royal United Services Institute.

But she added: “It would be quite difficult at this stage to see how you could implement a cease-fire given the presence of the Taliban within Ghazni.”

The Taliban followed the same pattern when they briefly overran the northern city of Kunduz in 2015, and intelligence officials should have realized this, said Ali Mohammad Ali, a senior researcher at the Washington D.C.-based Center for Research and Policy Analysis.

“I think the Afghan government owes an apology to the public for the Taliban’s chaos and destruction of Ghazni city,” he said. “Its intelligence should have known.”

Officials working to advance the peace process should also be concerned, he added.

“The attack shows the Taliban are a movement you cannot and should not trust,” Ali said. “You can’t be hopeful they’ll abandon violence for the sake of peace.”