Battle for Fallujah has not slowed Islamic State attacks in Baghdad 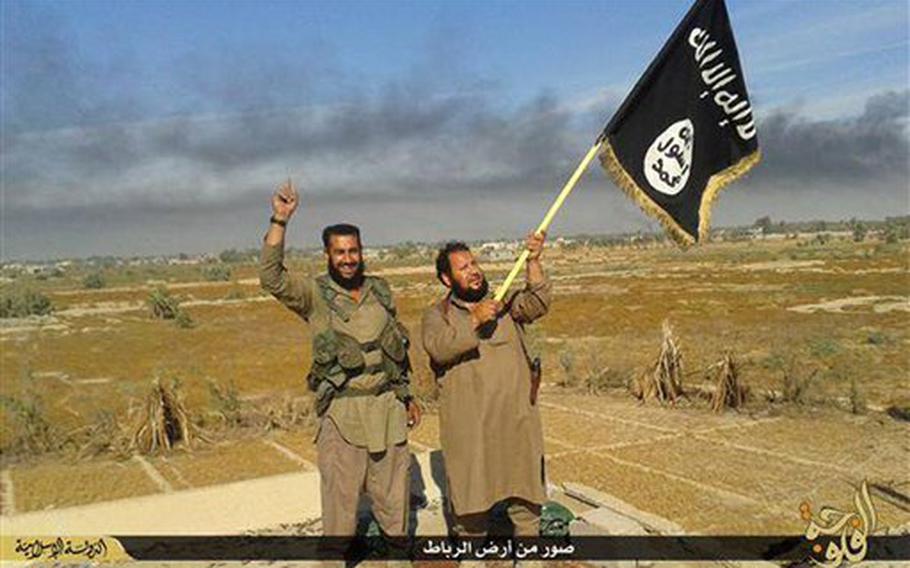 WASHINGTON — Suicide bombing attacks by Islamic State militants on Baghdad will continue through the Muslim holy month of Ramadan, a tactic used increasingly by the terrorist group as it loses territory in other areas of Iraq and Syria, a U.S. military spokesman said Wednesday.

Increased battlefield pressure by Iraqi and Syrian ground forces aided by airstrikes from the U.S.-led Operation Inherent Resolve coalition has forced the Islamic State group to return to its roots as a terrorist organization to grab the world’s attention, said U.S. Army Col. Chris Garver, a Baghdad-based spokesman for the coalition. Attacks claimed by the militants in recent weeks have rocked markets, police checkpoints and other civilian targets in and around Iraq’s capital city.

“They are trying to do this to detract from the overall reality, which is that they are losing on the battlefield,” Garver told reporters at the Pentagon on Wednesday. “All this year it’s been loss after loss.”

The Pentagon estimated last month that the Islamic State group had lost about 40 percent of the territory it once held in Iraq and about 20 percent of its ground in Syria in the last year.

Iraqi government officials about two weeks ago approved operations to expel theterrorist group from Fallujah, its closest remaining stronghold to Baghdad, following several high-profile suicide bombings in the capital. The movement on Fallujah, about 40 miles east of Baghdad, came as a surprise to some people who had expected the Iraqis to focus their attention on Mosul in the country’s northern region.

Garver said Wednesday that Iraqi officials expected to help improve security in Baghdad by attacking Fallujah, where they assumed the attacks by the Islamic State group were emanating.

“The attack on Fallujah has not to this point changed the rhythm with which (Islamic State militants) continue to try to launch these terror attacks in Baghdad,” Garver said. “But the operation is just getting into the really tough fighting phase ... and we would expect that any real result of that is going to come within the coming weeks.”

Iraqi security forces and the predominately-Shia militias known as Popular Mobilization Forces have moved slowly on the city, where an estimated 50,000 civilians remain. The Islamic State group has held Fallujah for more than two years. Garver said estimates on the number of militants inside the city range from “several hundred to a couple thousand.”

Despite the number of militants in Fallujah, the terrorist group has “stiffly resisted” the Iraqi attack with roadside bombs, snipers and rockets, he said.

Iraq’s elite Counter Terrorism Service fighters were making progress Wednesday as they entered the city from the south, the group said in a statement. The Iraqis have been aided by more than 30 coalition airstrikes on Fallujah this week, including seven Tuesday and Wednesday, Garver said.

But the terrorist attacks on Baghdad continued Wednesday, he said. A suicide bomb was detonated by the militants in a north Baghdad market. That attack followed a high-profile attack Tuesday south of the capital.

The Islamic State group claimed responsibility for the Tuesday truck-bomb attack on Karbala, about 50 miles south of Baghdad, according to the Institute for the Study of War, a Washington, D.C. think tank. Karbala is among the holiest cities in Shiite Islam and it was the first attack there since October 2014, according to the institute. The blast killed 10 people and injured another 26.