Battle for beliefs fought in slums of Djibouti City 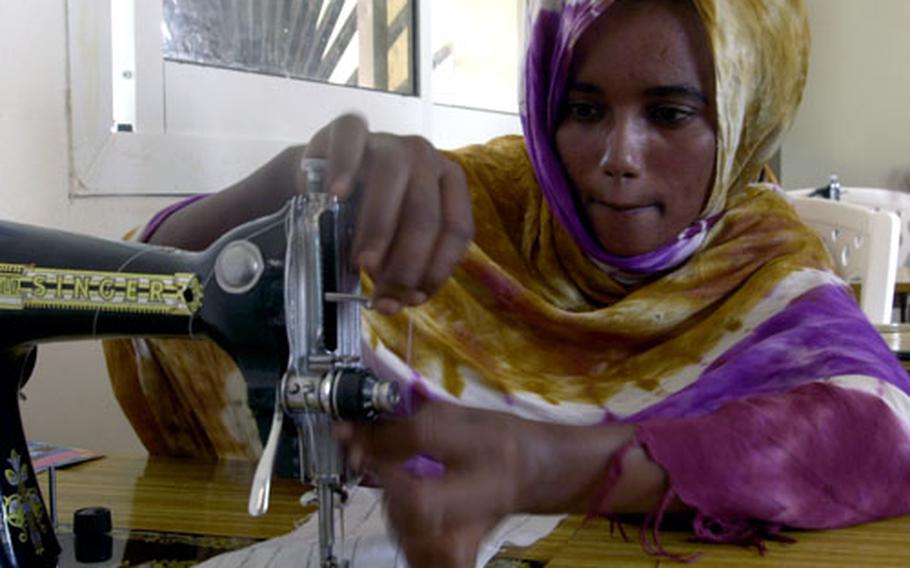 A girl from one of the poor districts in Djibouti learns how to sew, part of a program designed to give young women job skills. (Joseph Giordono / S&S)

A girl from one of the poor districts in Djibouti learns how to sew, part of a program designed to give young women job skills. (Joseph Giordono / S&S) 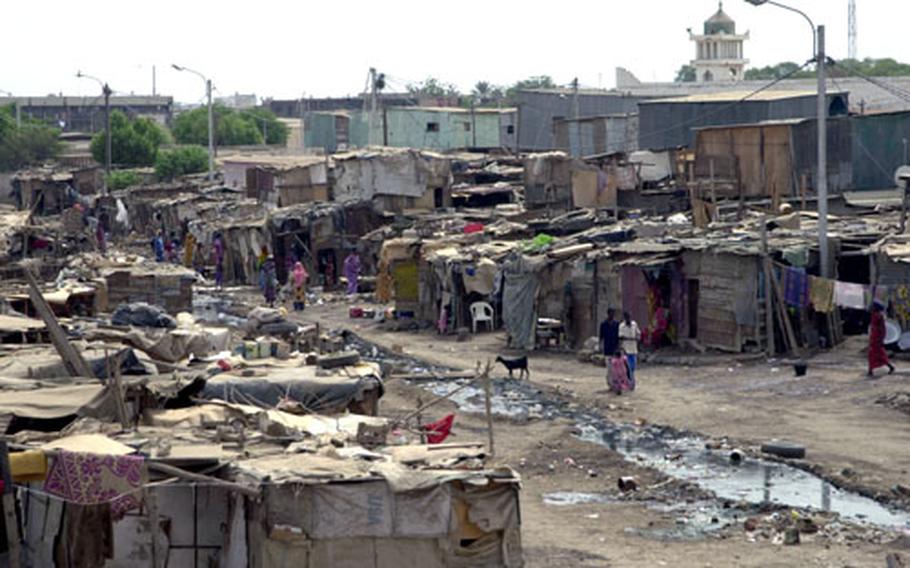 An estimated 20,000 people live in the Djibouti City slum known as Arhiba, part of which is shown here. The slum is an example of places where extremists preach and recruit, U.S. officials say. (Joseph Giordono / S&S) A pair of young children wander through a tenement settlement known as Arhiba, in Djibouti city. (Joseph Giordono / S&S) 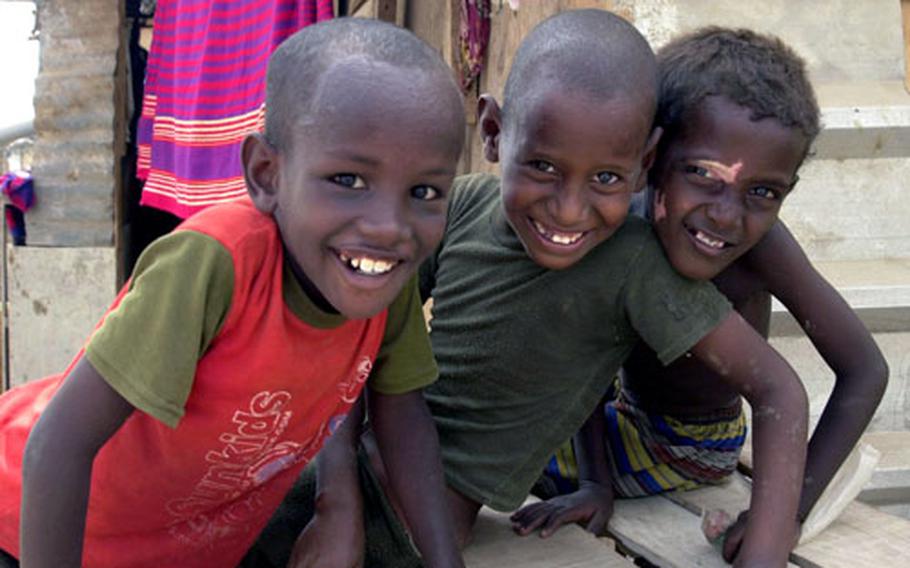 Young boys smile for the camera in the Djibouti City slum of Arhiba, home to an estimated 20,000 people. The slum is an example of places where extremists preach and recruit, U.S. officials say. (Joseph Giordono / S&S)

ARHIBA QUARTIER, Djibouti &#8212; Khadir, a 27-year-old who escaped crushing poverty in one of Djibouti&#8217;s most notorious slums, acknowledges that he might not have all the facts right.

Still, Khadir&#8217;s re-telling of an incident in the city some two weeks ago reveals a greater truth about what people think of the American counterterror mission in the Horn of Africa.

According to the story making its rounds in the slums and lower-class neighborhoods of Djibouti, a bomb was found in a city mosque. Before it could detonate, the police received a tip and defused the device. Local media reported the incident as proof that fundamentalist groups, just as the American fear, are seeking influence and recruits in the region.

But most people in the quartiers &#8212; as Djibouti&#8217;s districts are called &#8212; believe something else: Their own government, they say, planted the device to justify the presence of American troops, military funding and economic aid.

&#8220;The government is capable of some foolishness like this,&#8221; said Khadir, who now works as a dental technician.

The slums of Djibouti represent exactly the conditions American planners are worried about: large concentrations of disenfranchised, poor, mainly Muslim families, susceptible to the message of fundamentalists and terrorists.

The threat is not overblown. In 1998, al-Qaida operatives within the region bombed the U.S. embassies in Kenya and Tanzania, killing scores. The USS Cole attack happened in the waters off Yemen, a country that also falls under the rubric of Combined Joint Task Force-Horn of Africa. A fundamentalist Islamic group has taken control in the capital of neighboring Somalia.

And in recent years, new mosques and Islamic schools have sprouted throughout the region, with much of the financing coming from hard-line groups in the Middle East.

But to most of the 20,000 inhabitants of a quartier like Arhiba, more pressing needs are at hand. The first is a job. Second, clean water. Then health care, food and a true home &#8212; something more sturdy than the &#8220;paper houses&#8221; cobbled together from whatever street debris they can find.

Moussa, a 29-year-old with a wife and three children, spends most nights sleeping on a pier at Djibouti&#8217;s port, hoping to be selected for a day&#8217;s labor. His family lives in the Arhiba shanty town, which is a mix of Somali refugees and Afars, who primarily hail from Eritrea, Ethiopia and Djibouti.

For a day&#8217;s labor on the docks &#8212; the linchpin of Djibouti&#8217;s regional economic hopes, given the strategic location and free trade zone &#8212; he earns around 1,000 Djiboutian francs, less than $5. While that wage is relatively high, prices in Djibouti are roundly reported as amongst the highest in Africa. Electricity, for example, when measured by price for usage, is more expensive than anywhere in the world. Because the franc is tied to the U.S. dollar, its value is artificially inflated.

Unemployment hovers around 50 percent. Two-thirds of the country&#8217;s population lives in Djibouti City, with the other third living as subsistence nomadic herders in the outlying areas.

A thousand francs, Moussa says, is enough to feed himself for a day, but not his family.

The Americans tread a fine line between addressing social ills and being seen as exporting religion. But as many officers in the task force point out, in states where central governments are weak and authority figures are mainly from clans or neighborhoods, religious leaders hold sway.

When asked about the future, and what hopes he has for his children, Moussa, the day laborer, shakes his head.