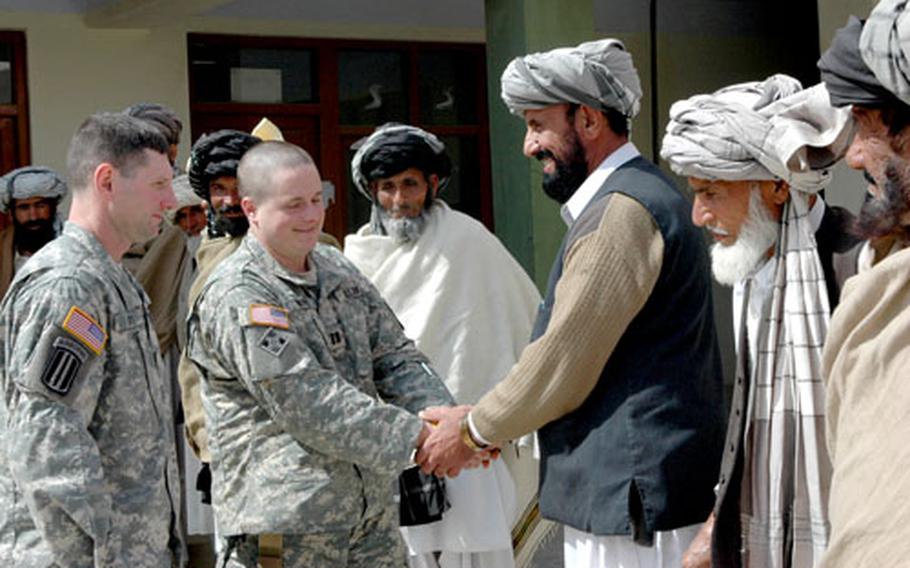 That could be the rallying cry for soldiers of 3rd Battalion, 71st Cavalry Squadron, who plan to turn the restive Afghanistan-Pakistan border into a massive, high stakes game of hide-and-seek over the next 12 months.

Afghan and American officials say they know that insurgents traffic weapons and fighters across the border, which is not clearly marked or heavily policed. Local officials say their province is a known stomping ground for followers of Gulbuddin Hekmatyar, a pro-Taliban, pro-al-Qaida militia leader who locals say has been responsible for a rash of recent attacks in the province.

&#8220;The problem is being created by the border,&#8221; said Tani district sub-governor Badi Zaman, a former mujahedeen fighter who used Pakistan as his base of operations during the Soviet-Afghan war. &#8220;People are just sneaking over. There are militant camps there.

&#8220;Hekmatyar has been operating in this area for quite awhile,&#8221; said Zaman, who said he hid out in the mountains for four years during Taliban rule and still wears a belt of Soviet bullets, draped bandito style across his chest. &#8220;Last week there was an attack on my compound. It was from those guys.&#8221;

Fenty said his battalion intends to catch insurgents as they cross into Afghanistan; however, there is one line they will not cross.

Local officials offered short-notice assistance, intelligence and even guides to the area &#8212; but, surprisingly, drew the line at receiving too much information from American forces.

Leaders say they realize the impossibility of wiping out the Afghan insurgency in 12 months. Fenty said his sights are set higher than finding small-scale insurgent groups.

&#8220;If we can begin to identify lanes and staging areas and cut off some of these (bomb-making) cells that are developing, that will begin to be success for us,&#8221; Fenty said.

The biggest challenge won&#8217;t be the danger or the adverse conditions.