Battalion rocks as it rolls through Iraq 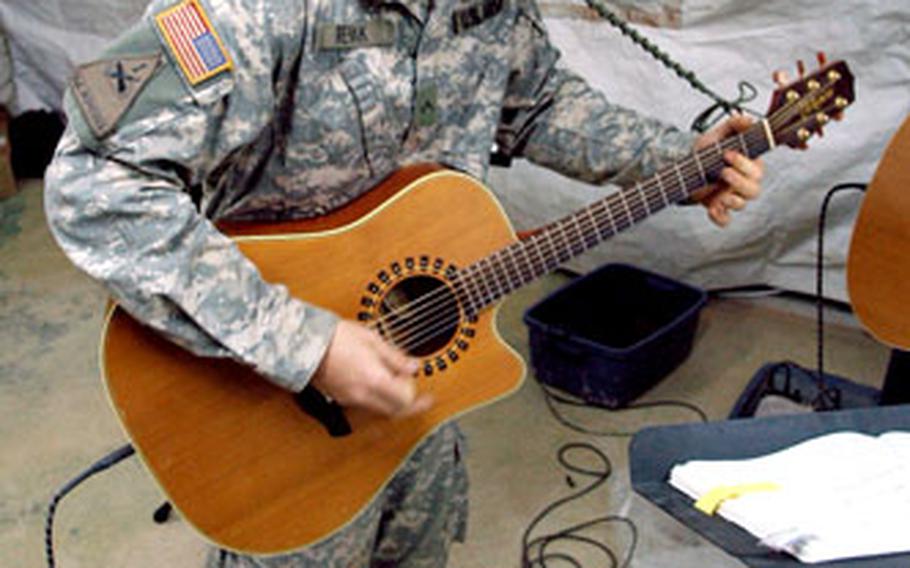 Pvt. Joshua Revak, who has recorded numerous songs about fallen comrades and life in Iraq, said his songwriting is inspired by the life in the Army and God. (Monte Morin / S&S) 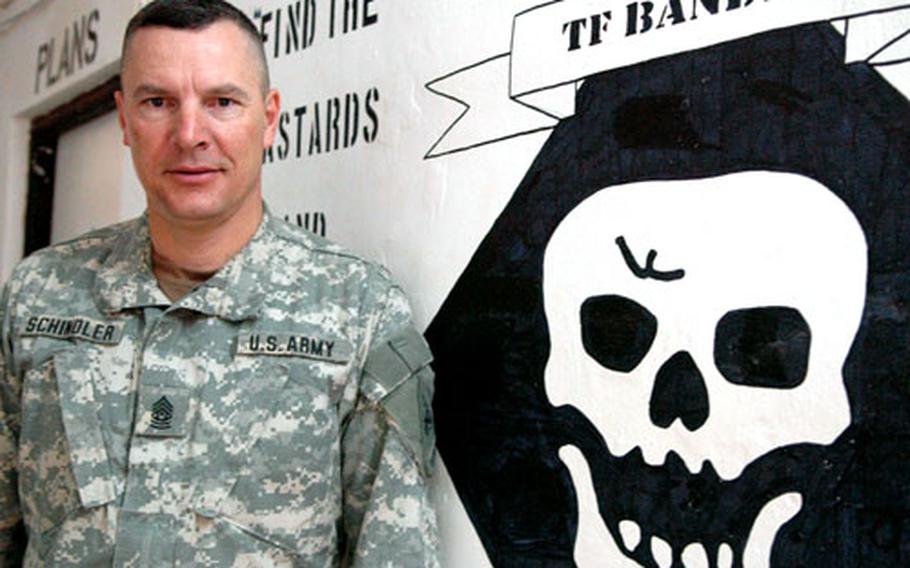 SINJAR, Iraq &#8212; Maybe there&#8217;s something in the clank of steel caterpillar treads or the roar of turbine engines that turn a tanker&#8217;s mind to musical composition.

That might explain why the U.S. Army&#8217;s most decorated tank battalion once owned rock &#8217;n&#8217; roll star Elvis Presley and now may well be the only unit of its kind to write and record its own alternative-rock anthem.

While the lines are the stuff of centuries-old battle hymns, it&#8217;s the song&#8217;s edgy, contemporary treatment that gets them bobbing their heads in rhythm.

More than just a musical novelty, the song is one of a growing body of works written and recorded by Bandit soldiers attempting to capture the pain and earthy humor of life in Iraq &#8212; their own combat rock.

Unit commanders have encouraged the musical forays, saying they help soldiers cope with stress and boost their spirits. There are even plans to build a recording studio at this Spartan base, which stands at the foot of the Sinjar Mountains in Iraq&#8217;s lush northwest.

The song was originally penned by Lt. Gen. Martin E. Dempsey, who sang it at a welcome home tribute to his tank crews following their first deployment to Iraq. While Dempsey performed it as an Irish drinking song, Bandit soldiers recast it.

The tune may not win a Grammy anytime soon, but it certainly tops the charts at the Bandits&#8217; tactical operations center at Camp Nimur. The song blasts over radios before each day&#8217;s battle update and kicks off all battalion functions.

The song was performed by Company C 1st Sgt. and lead guitarist Aaron Jagger, Headquarters and Headquarters Company Pvt. and lead singer Joshua Revak, and Company A Spc. and drummer Soli De La Cruz. The song&#8217;s gritty quality is due, in part, to the fact that Revak practiced singing it so much that he had grown hoarse and nearly voiceless before it was recorded.

The unit&#8217;s other songs, most of which are sung by Revak, are both humorous and somber.

During the unit&#8217;s first 15-month tour of duty in Iraq &#8212; when it served in Baghdad, Karbala and the outskirts of Fallujah &#8212; Revak and other Bandit musicians wrote special songs for fellow soldiers who died.

Written under extreme emotional duress, within hours or days of their friends&#8217; deaths, the songs were as much for relatives back home as they were for the grieving battalion.

&#8220;It was really hard to play at those memorials,&#8221; Revak said. &#8220;Our main purpose though was to help the soldiers mourn. We wanted to help the guys who had to roll out of the gates in soft-skinned Humvees right after the memorial. I think it helped.&#8221;

Other numbers find humor in the peculiarities of war in Iraq, whether it&#8217;s calling counterbattery fire on &#8220;a mad mortar man creeping in the palm wood&#8221; or enduring the dust and insects of Fallujah. Such was the case in the song &#8220;Cardinal Directions,&#8221; which includes the following lyrics:

Way out east in west Al Falluja,in a fly infested compound hallelujah,nothing but sand way out in the middle of nowhere.I still don&#8217;t know just what it was that we done there.Ah Salami Akum, sir, can we search your house?I don&#8217;t understand you sir, please could you shut your mouth.You got sixty seconds, grab your knives and gunsWe&#8217;ll be on your front porch while you run

Perhaps the biggest fan of the Bandit songs is battalion Command Sgt. Maj. Mark Schindler. It was Schindler who, after hearing the band play at a pool party, urged its members to do their own version of &#8220;The Bandit Song.&#8221;

He said that while his soldiers&#8217; memories may fade years and years after they leave Iraq, the song and others like it would stay with them forever. To this day he said, his memories of serving at his first duty station in Korea more than 20 years ago were inextricably linked to the songs of Frank Zappa and Rick James he would relax to as a young soldier.