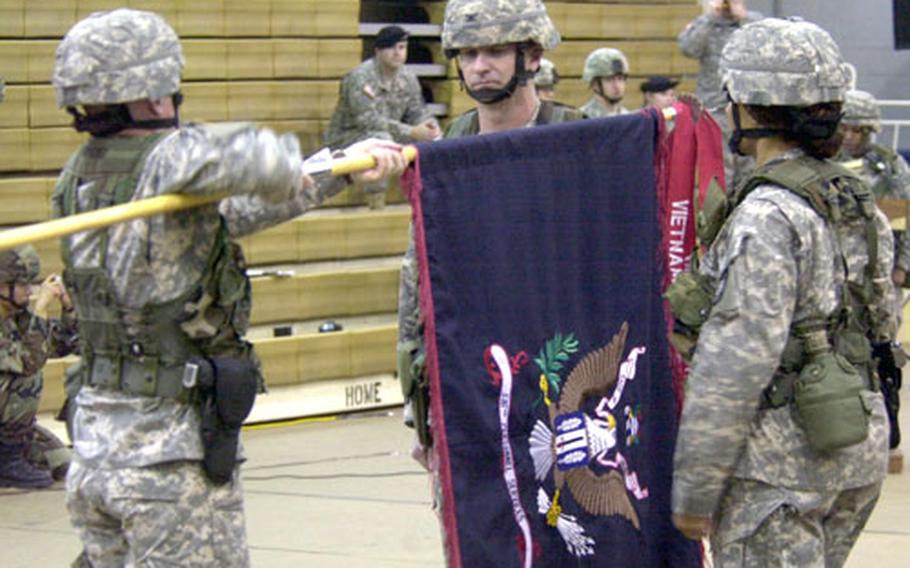 YONGSAN GARRISON, South Korea &#8212; The 516th Personnel Services Battalion was inactivated Friday as part of the Army&#8217;s move to a &#8220;modularized brigade force,&#8221; according to unit leaders.

Lt. Col. Tony J. Sarver, who led the battalion for the last 18 months, said Friday&#8217;s ceremony was significant in that it marked the &#8220;end of an era in which personnel services battalions &#8230; have served for years as the personnel link between corps and divisions and the Department of the Army.&#8221;

The problem with that structure, Sarver said, is that the Army fights with brigades &#8212; not corps or divisions &#8212; and personnel soldiers would have to augment deploying brigades, leaving depleted battalions behind to support those who didn&#8217;t deploy.

Under the new Army plan, Sarver said, personnel soldiers are attached to the brigades and can &#8220;train as they will fight.&#8221;

Sarver said he was especially proud of the way his battalion performed during an external evaluation in May &#8212; something he could have called off because of the planned inactivation.

And Col. Mark C. Gardner, commander of the 501st Support Brigade, thanked the 516th soldiers for carrying out their mission right up to the last minute.

&#8220;I told Lt. Col. Sarver and the others that he should be proud of how well his unit had conducted this hard task of inactivation,&#8221; he said.