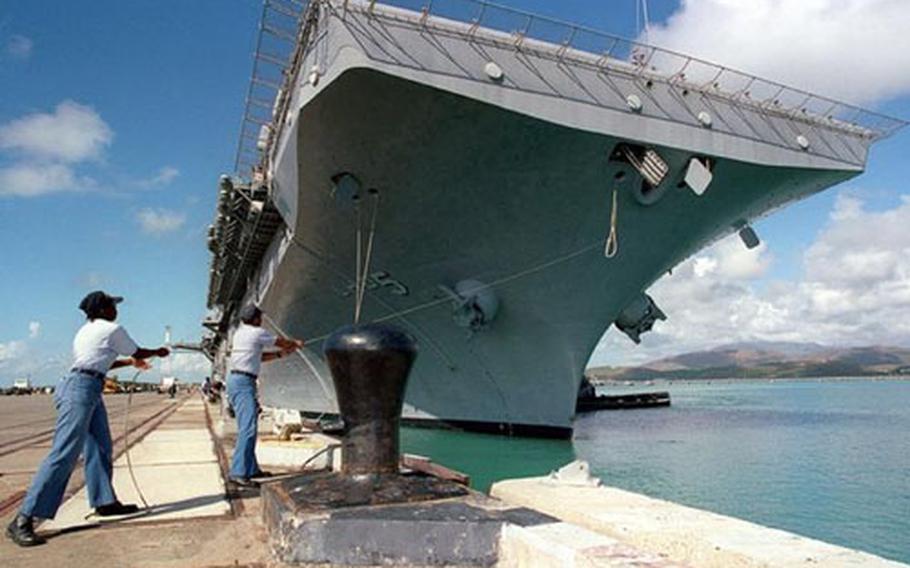 NAVAL STATION ROTA, Spain &#8212; The Virginia-based amphibious assault ship USS Bataan is returning to the Persian Gulf seven months after returning from a deployment in support of the Iraq war.

The Navy also announced this week that the aircraft carrier USS George Washington and its strike group will deploy from its home port in Norfolk, Va., to support the global war on terrorism.

The Bataan&#8217;s main mission will be to deliver equipment in support of a Marine ground force that will replace Army troops in Iraq. The amphibious assault ship USS Boxer left San Diego for the Persian Gulf on Wednesday loaded with additional equipment, including helicopters, Humvees and fuel trucks.

It marked the beginning of the massive rotation of about 25,000 Marines, many of whom will arrive in Iraq by plane. The helicopter carriers and ships with the Military Sealift Command will make it possible to have their equipment waiting for them as soon as they arrive.

During the war, the Bataan delivered Marines and equipment. During heavy fighting, it became known as the &#8220;Harrier Carrier&#8221; for serving as a launching pad to a record total of 24 of the jump jets in support of ground troops.

The Bataan is not expected to stay long overseas. The plan is for the ship to go to the Persian Gulf, drop off the equipment and about 300 Marines and return to Norfolk in the spring. On the way to the gulf, many ships typically stop in Rota for supplies before entering the Mediterranean Sea.