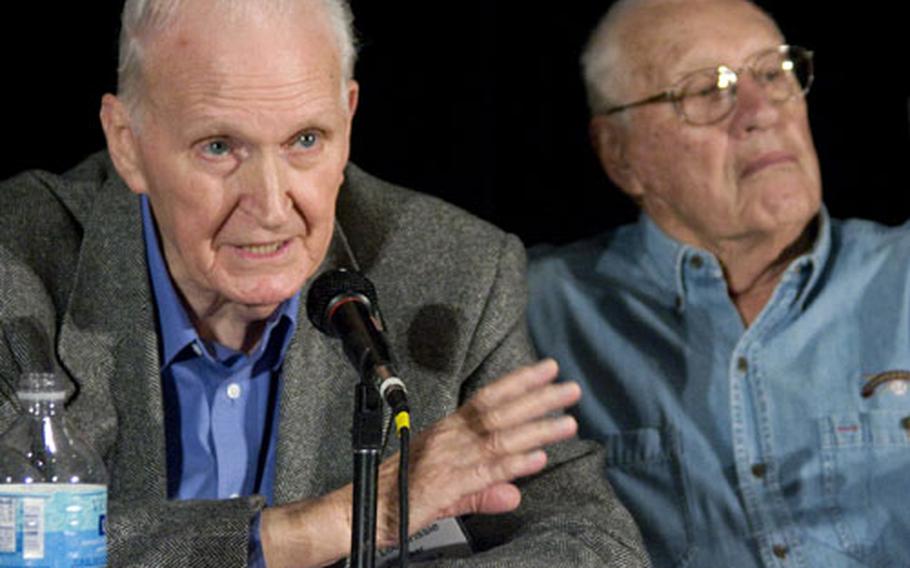 Lou Brissie, who was badly wounded in World War II but recovered to win 44 games as a big-league pitcher, speaks during a session on Baseball and World War II at the American Veterans Center&#39;s annual conference in Washington, D.C. At right is Hall of Fame pitcher Bob Feller. (Joe Gromelski / S&S)

Lou Brissie, who was badly wounded in World War II but recovered to win 44 games as a big-league pitcher, speaks during a session on Baseball and World War II at the American Veterans Center&#39;s annual conference in Washington, D.C. At right is Hall of Fame pitcher Bob Feller. (Joe Gromelski / S&S) 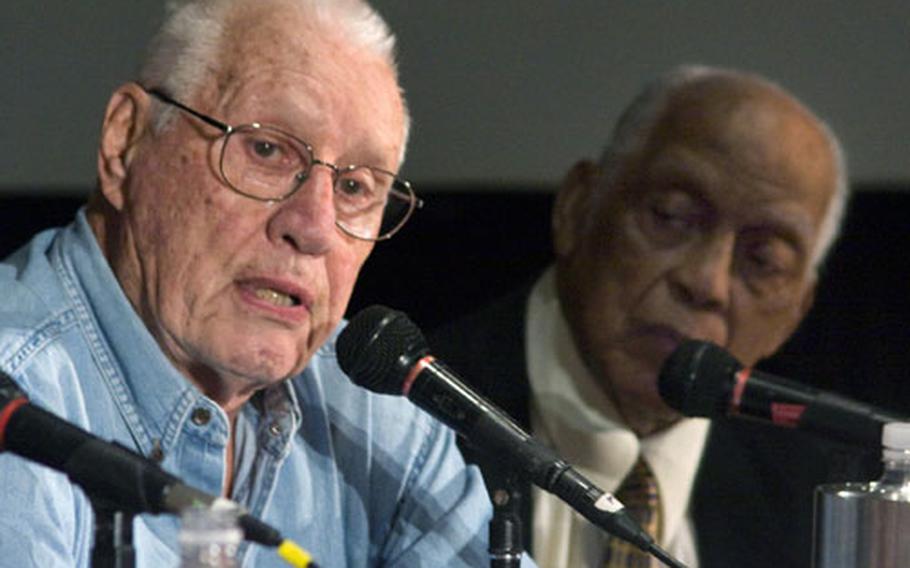 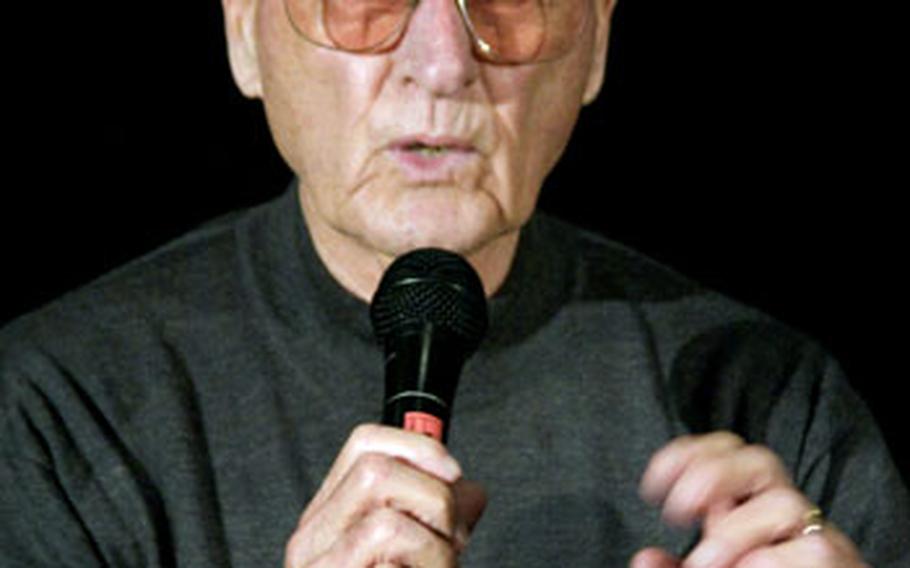 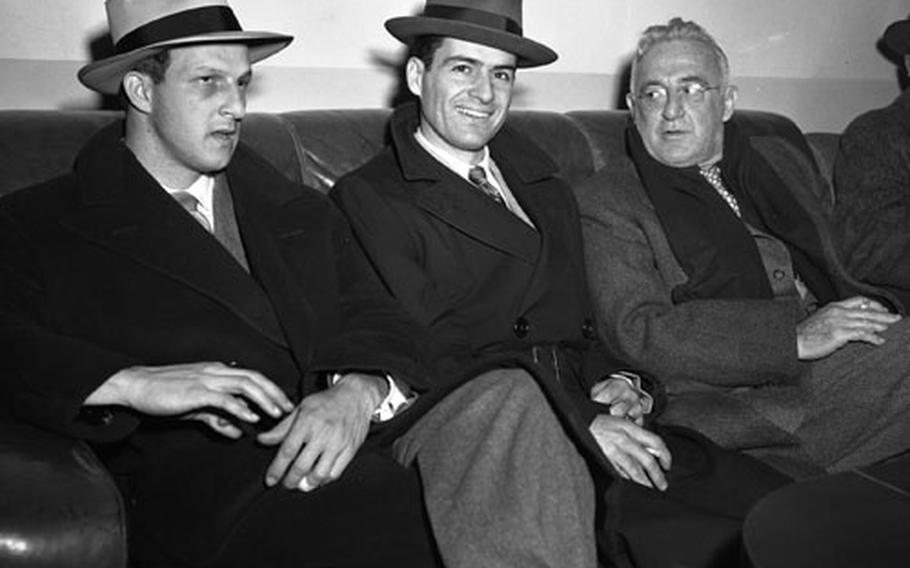 Frankfurt, Germany, February 4, 1951: Four of the baseball notables taking part in the week-long EUCOM Baseball and Softball Coaches and Officials clinic relax at Rhein-Main airport after a 27-hour flight from the States. From left to right are players Stan Musial of the St. Louis Cardinals and Jerry Coleman of the New York Yankees; and former Giants and Cardinals great Frankie Frisch. (Red Grandy / S&S file photo)

WASHINGTON &#8212; Jerry Coleman played nine seasons for the New York Yankees, won four World Series and has been a beloved play-by-play broadcaster since the 1960s.

"So baseball has been very good to me," he said. "But the highlight of my life was my time in the service."

Coleman served as a Marine Corps aviator in World War II and the Korean War, the latter of which temporarily postponed his playing career. But he said he never rethought the decision, saying no other job meant more to him or taught him more than his military service.

On Friday, Coleman was one of a panel of World War II-era baseball greats to talk about their time on the field and in the field, part of the American Veterans Center&#8217;s annual conference.

Each said they hoped fans would remember them for their military service as much as they recalled their baseball heroics.

Hall of Fame pitcher Bob Feller signed up for the military one day after the bombing of Pearl Harbor, without consulting the Cleveland Indians. He said it was the right thing to do.

"This country needs more young people to be leaders today," he said.

Feller spent four years in the Navy as a gun captain in the Pacific before returning to the Indians. Coleman joked he was proud of Feller&#8217;s service but unhappy he returned to the majors, complaining about his unhittable curveball.

Monte Irvin, one of the first Negro League stars to play in the major leagues, echoed both of those sentiments, eliciting more laughter from Feller.

Irvin said he still wishes his Army unit had seen the kind of combat Feller did in World War II, even if it might have cost him more of his baseball career.

Irvin&#8217;s unit secured parts of France after D-Day but was kept away from the heaviest fighting on the front lines because of commanders&#8217; bias against the black soldiers.

Despite the discrimination, he said, he looks back fondly on his time in the Army.

"I&#8217;ve always been grateful to be in this wonderful country for the chance to serve," he said.

Lou Brissie was a college student and a much-heralded prospect when he decided to enlist in the Army in 1942.

Two years later, he was seriously injured while fighting in Italy and nearly had his leg amputated.

It took 23 surgeries and three years of rehab, but Brissie overcame the wounds and made his debut with the Philadelphia Athletics in 1947. Complications from his war injuries cut short his career, but Brissie said he has no regrets.

"I was very fortunate to have played in the major leagues and to play against the teams I played against," he said.