Baseball became language of the heart after WWII 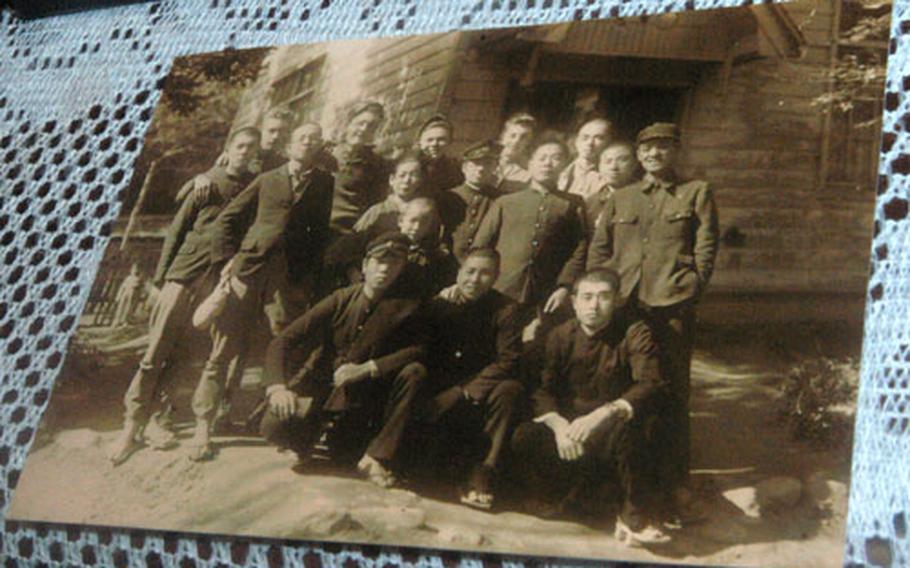 Mamory Oba, bottom right, in a 1945 photo from his town, Iwadeyama, after four U.S. Army military police spent time in the area. The two groups played baseball - one of the first bilateral exchanges after the war. (Juliana Gittler / S&S)

Mamory Oba, bottom right, in a 1945 photo from his town, Iwadeyama, after four U.S. Army military police spent time in the area. The two groups played baseball - one of the first bilateral exchanges after the war. (Juliana Gittler / S&S) 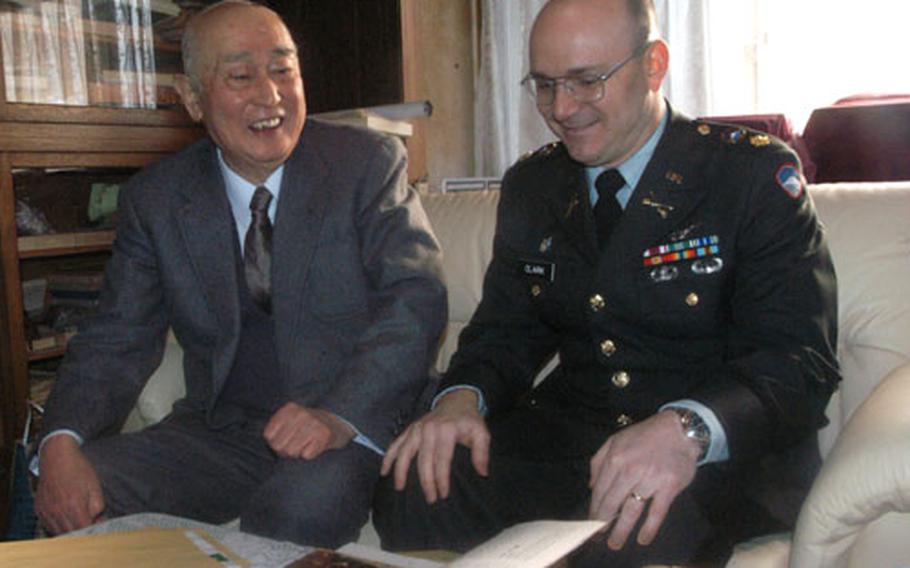 IWADEYAMA, Japan &#8212; Some 100 spectators gathered around an elementary school ballfield to cheer on a baseball game in this small town in northern Japan.

Four young U.S. soldiers mixed in with a team of Japanese men. They played against an all-Japanese team. And while the soldiers&#8217; team won overwhelmingly, all players gathered for a photo.

And now, 59 years later, one man&#8217;s fond memory brings one of the Japanese players a surprise but heartwarming visit.

Mamoru Oba, now 80, was one of the Japanese students asked to entertain and play baseball with the U.S. military police on weekends in October 1945.

On Thursday, U.S. Army Maj. Frank Clark visited Oba on behalf of Maj. Gen. Elbert Perkins, the Army&#8217;s Japan commander. Perkins sent Clark with a message of thanks after the general read about the game in an article by the Mainichi Shimbun, a major Japanese newspaper.

Clark presented Oba with a photo and baseball signed by the general along with a general&#8217;s coin, given to those who help the relationship between the United States and Japan.

Oba presented Clark a copy of the photo taken after the baseball game. &#8220;We could not take photos ourselves,&#8221; Oba explained. During the war, one could not own a camera since the Japanese military might think of you as a spy.

After the war, the military police came to Iwadeyama to make sure photos of the emperor were taken down. It was an effort to ensure democracy spread. Oba, who returned to his hometown after the war, was asked by the town&#8217;s deputy mayor to play baseball with them. They gathered gear that was stored away during the war since baseball was considered as the &#8220;enemy sport&#8221; and was banned. Since it was shortly after the war, the Japanese men played baseball with bare feet or zori, sandals.

But what he remembers clearly is that the MPs taught them a song, which Oba later found out was &#8220;Sentimental Journey,&#8221; and getting Lucky Strike and Camel cigarettes, which were rare for the Japanese who smoked with long tobacco pipes.

Oba took Clark to the school playground and where the kindergarten used to be. &#8220;We are proud of our soldiers that, without ability to speak the Japanese language and without training,&#8221; Clark said, &#8220;had foresight of how important bilateral exchanges are.&#8221;