Base, local communities get together for Christmas concert at Sasebo 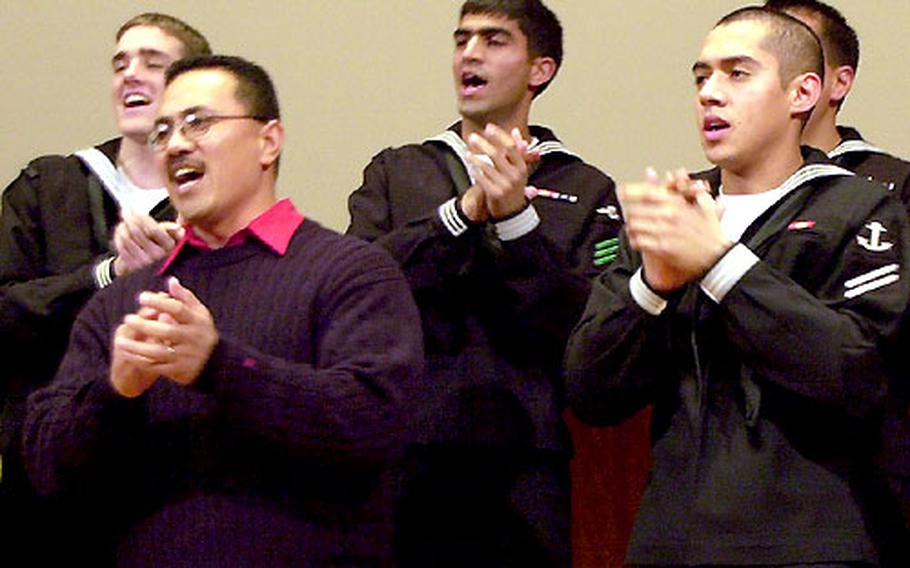 Members of the American choir clap as they sing "Go Tell it on the Mountain." (Greg Tyler / S&S)

Members of the American choir clap as they sing "Go Tell it on the Mountain." (Greg Tyler / S&S) 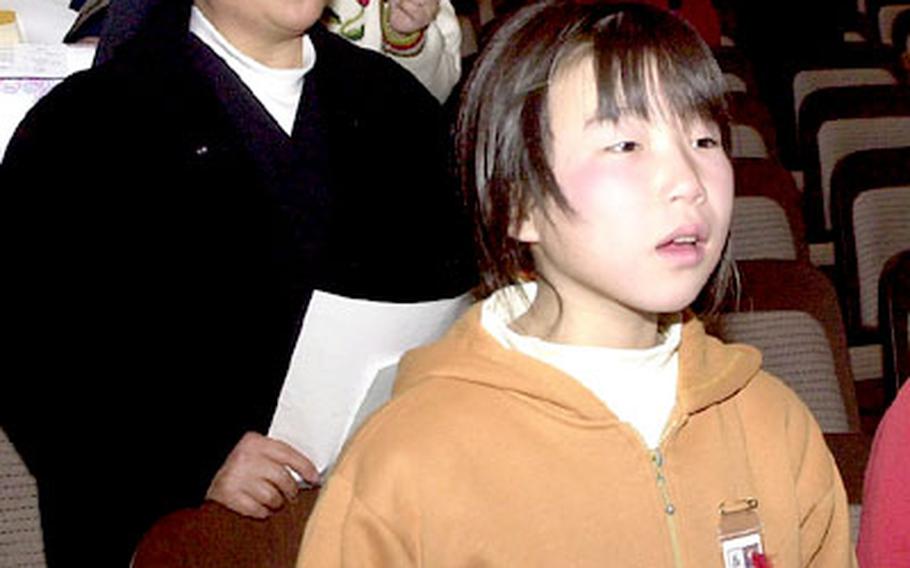 Japanese residents of the city of Sasebo and Americans from Sasebo Naval Base gathered Thursday night at the Arkas Concert Hall for the Sasebo Citizens’ Christmas Program. (Greg Tyler / S&S)

SASEBO NAVAL BASE, Japan &#8212; The love, joy and hope associated with Christmas has no cultural boundaries.

That was among the messages Thursday night when about 300 local Japanese Christians and Sasebo Naval Base community members gathered at the Arkas Concert Hall for the Sasebo Citizens&#8217; Christmas Program.

The American contingent performed a short play depicting the Christmas story and brought along a special choir of sailors and base civilians for the occasion. A Japanese community choir performed classical hymns with Christmas-related themes.

Cmdr. Harry W. Griffith, the base&#8217;s command chaplain, delivered a Christmas homily, which was translated by the Rev. Masaaki Sasaki, Japanese minister and missionary. It provided an overview of the Christian message that is the holiday&#8217;s foundation.

&#8220;Many Japanese Christians have families that are &#8230; not of the same faith,&#8221; Griffith said. &#8220;Some of their relatives are Buddhist or Shinto or whatever. This provides them an excellent opportunity for their families to come and learn about their beliefs while celebrating the holiday together.&#8221;

Sasaki, pastor for a small Japanese protestant congregation, is a widely traveled missionary fluent in English. Holding the combined event offers many benefits, he said.

&#8220;First of all, the Japanese and American communities can have a good time together, and express good will and fellowship,&#8221; he said. &#8220;There are many cultural gaps and misunderstandings, but here, we come together to enjoy our common feelings.&#8221;

Seaman Japheth Knopp said the event promotes a clearer understanding of the true meaning of Christmas. &#8220;It&#8217;s great. I think a lot of Japanese people don&#8217;t know what Christmas is all about. They get the commercial end of it. They understand the Santa Claus and the presents,&#8221; he said.

&#8220;But they don&#8217;t get the full message that our Lord Christ was born on this day, and he died for our sins, giving us the gift of salvation. That part is always kind of left out.