Base at Schinnen, Netherlands, in midst of minor building boom 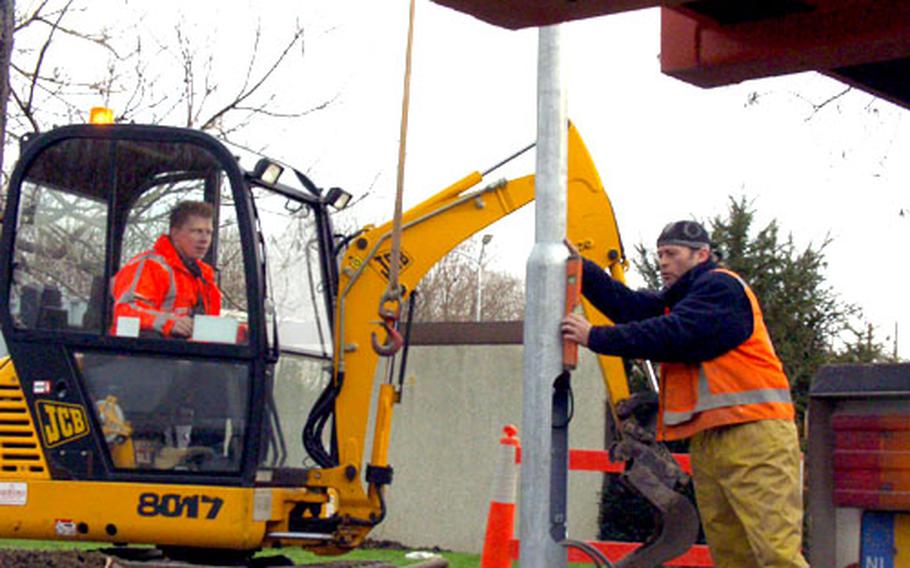 The new year has brought a flurry of construction activity to the Emma Mine Complex in Schinnen, Netherlands. Roughly $7.5 million is being spent on various construction projects on base, the community hub for the 254th Base Support Battalion. Some of the money being spent is left over from fiscal year 2003, while other funds are going toward a major renovation of the Schinnen commissary. (Kevin Dougherty / S&S)

Whatever the reason, the 14.5-acre U.S. Army post in southern Netherlands sure seems in the midst of a building boom these days. From the front gate forward, a series of renovation projects has turned sleepy, little Schinnen into construction central.

&#8220;It&#8217;s full steam ahead until we hear otherwise,&#8221; said Susan Jackson, spokeswoman for the 254th Base Support Battalion. Jackson was referring to the occasional rumor about Schinnen&#8217;s future, something officials at other bases grapple with, too, in this uncertain era of transformation and downsizing.

Officials with the 254th BSB say the flurry of activity reflects the year-end release of fiscal 2003 construction money.

What&#8217;s different this time around, they explain, is that much of the focus is on the Emma Mine Complex, a former coal mine the Army has leased from the Dutch since 1969. The post serves as battalion headquarters and the hub of Army support in the Benelux.\

The roughly $7.5 million effort, said Maj. Andy Ford, who heads the public works directorate, &#8220;will mean a better quality of life for everybody concerned.&#8221;

Two of the most visible projects are the configuration of the front gate and the $5 million renovation of the Schinnen commissary.

Security, Ford explained, is at the top of every commander&#8217;s list of concerns. To that end, Schinnen is shoring up its perimeter, primarily at the entrance to the base. A new guardhouse is being built and road crews are modifying the entrance to facilitate traffic while not compromising on security. Currently, motorists can sometimes wait up to 40 minutes just to get on post.

While work on the front gate should end soon, the commissary renovation may take until spring 2005 to complete. Base officials say temporarily moving the food store to another building would cut the time line in half, but that could also hurt commissary sales.

Nonetheless, from Ford on, members of the community seem ecstatic over the renovation, the first of its scale since the commissary debuted in 1976.