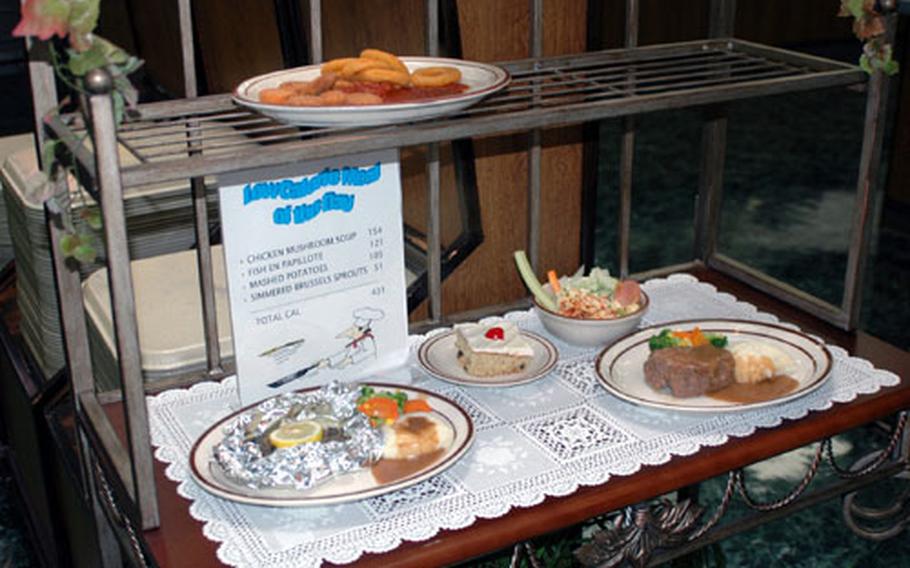 The staff at the Shogun Cafe, Sasebo Naval Base&#39;s galley, displays some of the choices available at each meal. But this is the real thing, not a wax model such as those seen at some Japanese restaurants. The base command is trying get more sailors to utilize the facility. (Greg Tyler / S&S)

The staff at the Shogun Cafe, Sasebo Naval Base&#39;s galley, displays some of the choices available at each meal. But this is the real thing, not a wax model such as those seen at some Japanese restaurants. The base command is trying get more sailors to utilize the facility. (Greg Tyler / S&S) 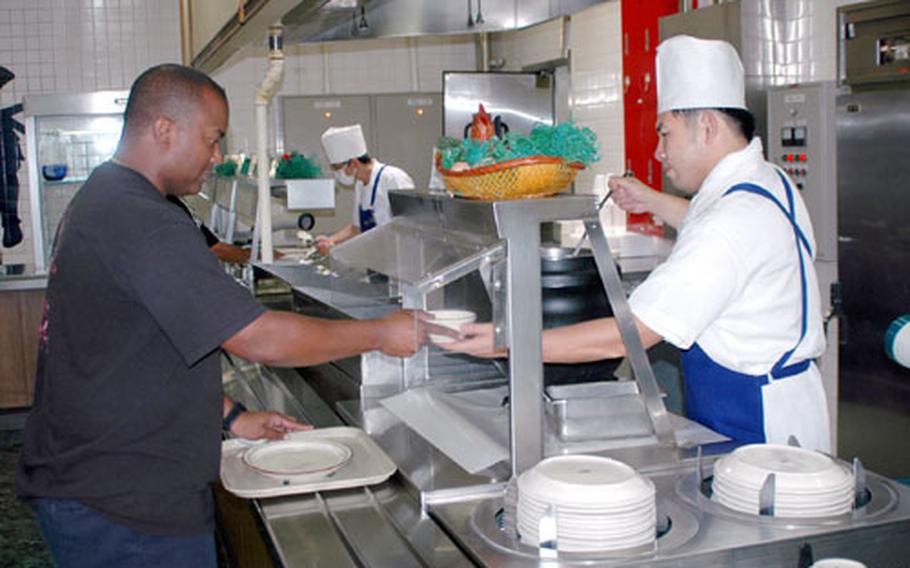 SASEBO NAVAL BASE, Japan &#8212; Base officials will stop basic allowance for subsistence and reduce the cost-of-living allowance effective Aug. 31 for all bachelor enlisted housing residents.

Officials said they reviewed the operations of the Shogun Caf&#233; galley and determined the facility is underutilized. The loss of BAS and a 53 percent reduction in COLA that comes with being designated &#8220;Barracks COLA,&#8221; rather than &#8220;Single COLA,&#8221; will affect about 157 sailors residing in bachelor enlisted housing.

&#8220;Individual installation commanders make the determination on the authorization of BAS at their base,&#8221; said Charles T. Howard, base spokesman.

As for the shift in COLA status, the change also is significant, sailors say.

Sailors must submit a special request to Sasebo&#8217;s Chief Staff Officer Cmdr. Bernard P. Wang to continue to receive BAS. The request must show that the galley is impractical for them to use.

If the request is approved, however, they receive partial BAS at a daily rate of $1.

There is a process allowing sailors to receive reimbursement for missed meals at a rate of $1.70 for breakfast and $3.30 for lunch and dinner. The base commander, chief staff officer or one of their designees must approve these requests.

Base officials say the galley is not operating near capacity. Civilians are not allowed to purchase meals in the galley except on a few specified occasions.

&#8220;The money received by the galley is based on the number of authorized users in the facility,&#8221; Wang said in the report. &#8220;If less people use it, then we get less money to operate it.

In order to receive BAS, a galley or messing must not be available or must be &#8220;impractical.&#8221; A couple of commands operate from locations other than the main base facility in Sasebo, including at the Hario Housing Village and the Sakibe Laydown Facility, the home of Assault Craft Unit Five, Sasebo Detachment. Officials say they want to look at those cases on an individual basis.

&#8220;We will be looking closely at requests to continue present rates of BAS for those unable to use the galley due to duty or watch standing requirements,&#8221; Howard said.

&#8220;A barometer, if you will, would be if a sailor&#8217;s schedule or work location caused him or her to miss two meals a day for four days in the seven-day week. That would be a case where continuation of existing BAS would likely be approved. Other situations of individual sailors will be considered,&#8221; he said.

The galley staff also is being asked to make box lunches available, and to change hours to accommodate certain shifts, according to base officials.