Barracks, power plant are reminders of Iraq’s progress past obstacles 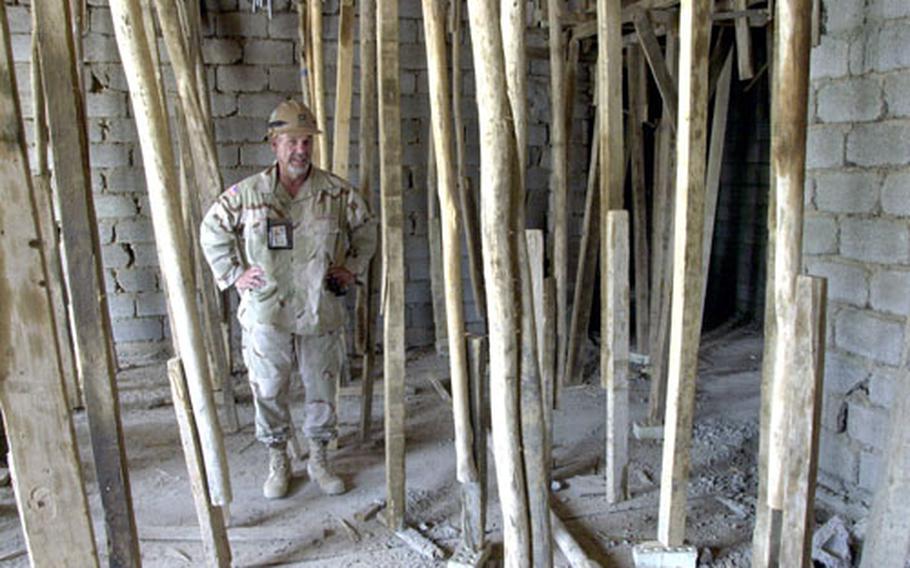 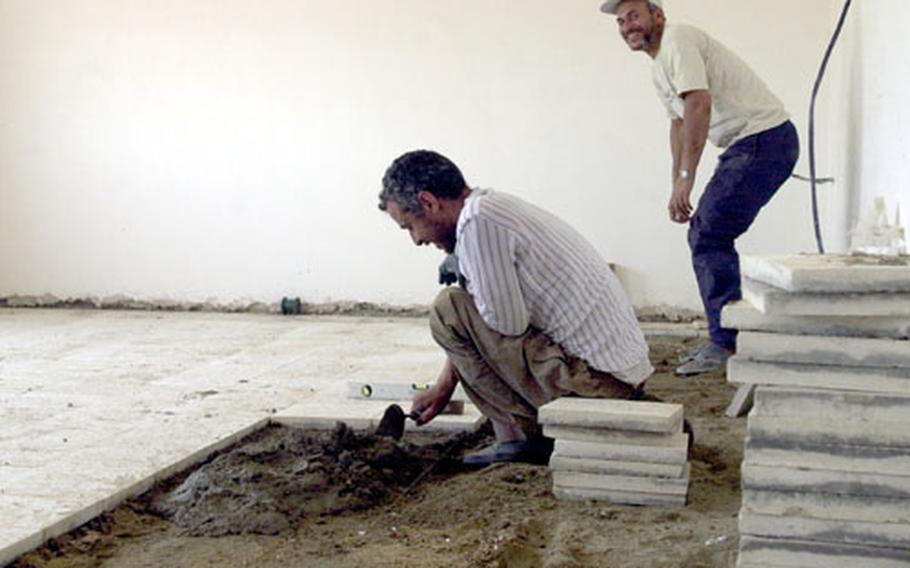 Iraqi workers lay stone tile for what will become the floor of an Iraqi Special Forces barracks near Baghdad. (Joseph Giordono / S&S) 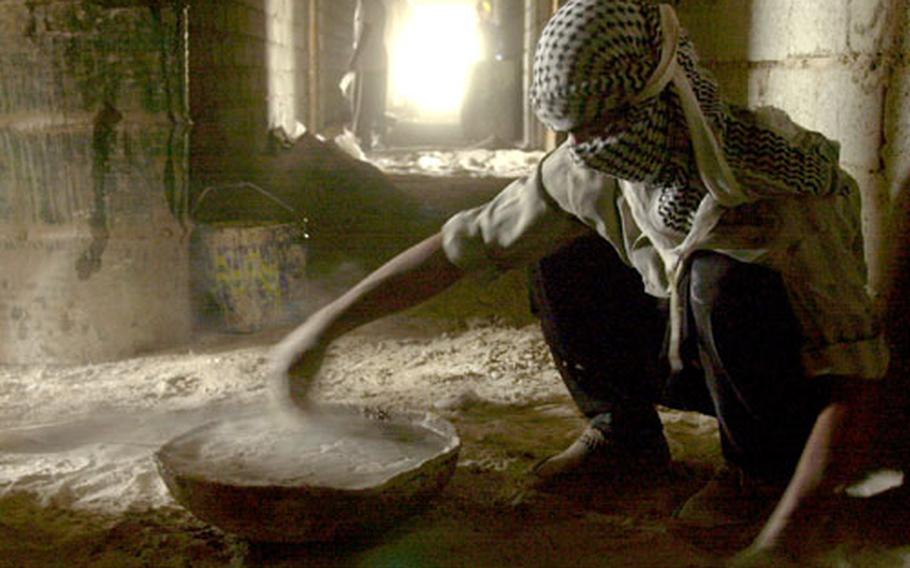 Editor&#39;s note: This is the second in an occasional series on reconstruction in Iraq.

BAGHDAD &#8212; The young Iraqi man, face and head covered by a checkered scarf, perched on his haunches in the dark, half-finished hallway of a military barracks and sprinkled handfuls of cement mix into a metal tub of water.

In a nutshell, that is the story of reconstruction efforts in Iraq. While some $18 billion has been allocated to more than 2,600 projects, the continuing violence in the country both overshadows the work and puts Iraqis in a tough situation. If they take a job to help rebuild their country, they risk violence from insurgents.

Two projects near Baghdad are illustrative of the progress. One is an Iraqi special forces barracks being built in a dusty corner of the U.S. military&#8217;s sprawling Camp Liberty. The other is the Qudas electric power generating station about 20 miles north of Baghdad.

The barracks project employs some 200 Iraqi laborers and is run by a local contractor. That man, who asked that his name not be used, had worked on several projects for the Marines in Anbar province. Insurgents threatened his family, so he moved them to Jordan.

&#8220;One of the big successes we&#8217;ve had is that there&#8217;s nobody riding in the bucket [of the bulldozer] anymore,&#8221; joked Tom Semotuk, an Army Corps of Engineers supervisor on the project and contractor back home in Kansas City.

The six-building project has a budget of $5 million. Originally, it had a 120-day deadline, but various delays have pushed that to 180 days.

&#8220;And any deliveries, they have to be dropped off and completely unloaded outside the gate, then loaded back up on different trucks to be brought inside, and unloaded again.&#8221;

Most of the laborers on the project make between $10 and $15 per day. They live in a makeshift camp provided by the Iraqi contractor. Sometimes they leave simply because they don&#8217;t like the hard work.

When done, the barracks will provide modern facilities for Iraqi troops, who are the cornerstone of the U.S. exit strategy in Iraq. There are some 900 projects in the &#8220;security and justice&#8221; sector of the Iraq Reconstruction Program.

Semotuk, like many of the Corps employees, volunteered to come here. And he&#8217;s staying past his original contract.

The Qudas plant could help solve one of the most pressing problems for Iraqis &#8212; providing a constant flow of power. Once repair work is completed, the Qudas plant alone could increase Iraq&#8217;s electrical production by more than 10 percent.

&#8220;That is a significant contribution. It&#8217;s one of the larger gas turbine power plants in Iraq,&#8221; Dennis Karns, electricity program manager with the U.S. Project and Contracting Office, said in a written response to questions.

Once operational, he said, the plant could provide power to nearly a half-million homes.

The $2.1 million project employs some 100 Iraqis, and repairs are 85 percent complete.

Before the war, Iraq was producing 4,400 megawatts of electricity per day. On most days now, it produces 4,700 megawatts. But demand is still outstripping supply, so electricity has become a major gripe for Iraqis, sweltering through the summer.

To compound problems, there is no Iraqi billing system for service, so no incentive for people to limit their usage.

In many areas, utility repairs were used as leverage by Saddam Hussein: To either reward or control certain population groups, some regions would be kept fully supplied. In some areas, like Ramadi, residents still lament to U.S. soldiers that, under Saddam, at least the power or water would be fixed the next day.

U.S. officials say that whether or not that is true, the reality is that 35 years of neglect and more than two years of conflict left Iraq&#8217;s infrastructure damaged.

Col. Frank Kosich, deputy commander of the Army Corps of Engineers Gulf Region District, noted the disparity of projects and their impact.

At one end of the spectrum, a well can be dug in a village to supply a few hundred people with fresh water. They will see the benefits immediately.

However, right down the road is a water treatment plant that nobody knows about, but provides clean water for hundreds of thousands.