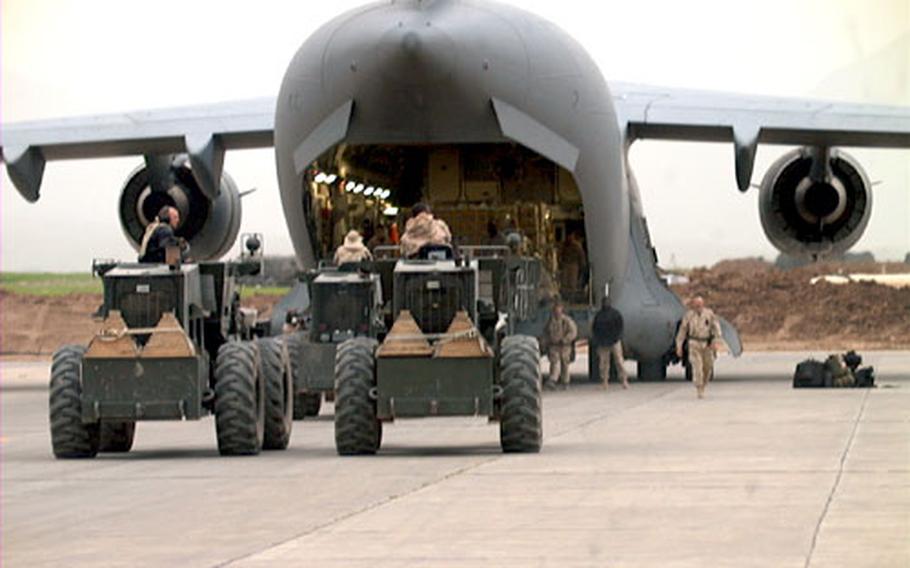 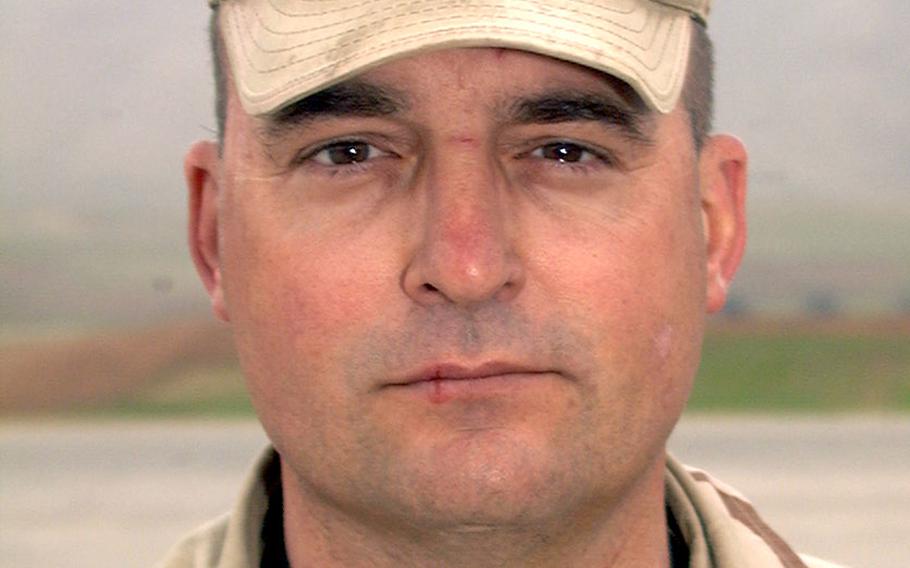 BASHUR AIRFIELD, Iraq &#8212; Aside from the substantial 7,000-foot-long concrete runway, there isn&#8217;t much to Bashur airfield, except for what the 86th Airlift Wing from Ramstein Air Base, Germany, has been ferrying to this spartan base in northern Iraq.

There is no water source. No sewage system. No electricity. No buildings. Not even an air traffic control tower.

The austere conditions are exactly what Air Force Chief of Staff Gen. John Jumper had in mind when he created the 86th Contingency Response Group four years ago when he was commander of U.S. Air Forces in Europe.

The service needed an expeditionary unit that could deploy to a bare-bones base to prepare it for immediate air operations.

The primary mission of the Air Force in this mountainous portion of Iraq is to &#8220;support the 173rd Airborne Brigade and its buildup of combat power,&#8221; said Col. Steven K. Weart, commander of the 86th Expeditionary Contingency Response Group.

That means establishing an aerial conveyor belt, of sorts, for cargo planes laden with troops, equipment and supplies.

On average, the Air Force is delivering 1 million pounds of cargo a day to Bashur airfield, about 30 miles northeast of Irbil and the northern front of the war with Iraq. Irbil is about 225 miles north of Baghdad.

Roughly 200 airmen are deployed to Bashur, including about 20 who floated into the area with Army paratroops the night of March 26. The airmen who jumped into the combat zone scrambled that first full day to assess and prepare the airstrip for the first of many cargo flights to come.

So far, more than 150 flights, mostly C-17 Globemasters, have touched down at the airfield since the paratroops secured the area. Most arrive at night.

The contingency response group consists of airmen from more than 40 specialties, from security, communications and intelligence to logistics, engineering and medical. Typically, the unit stays a month or two until a more permanent presence arrives to assume control of airport operations.

Normally, the group would have more equipment on the ground by now, but Weart said the emphasis has been on getting the 173rd equipped for its push south to join Kurdish forces fighting Iraqi troops near Irbil. The Air Force, for the most part, is only flying in for itself what is needed to sustain and expand aircraft operations.

While the primary focus is on the short term, work is ongoing to transform the airfield, built years ago by an oil company, into a full-fledged air base. As work continues along the flight line, local Kurdish contractors and their graders are prepping nearby areas for tents and other simple amenities, such as a dining hall and chapel.

Airmen are well aware that U.S. soldiers and Marines are fighting and dying to the south of them. Fighter pilots are risking death.

The war hits home for Diloy and others whenever a medical evacuation helicopter arrives to drop off an injured American or Kurd.

Early on, the Iraqi military lobbed an artillery shell in the general vicinity of the airfield, but missed by a country mile.

Since then, any pending threats have diminished, though on a clear night, the flashes of light from U.S. and British bombs are visible to the south.

&#8220;The presence of the 173rd and the special operations force has already manifested itself into security in the region,&#8221; Weart said.

Weart and his staff say they are also concerned about accidents on the flight line. For example, an airman sustained a gash on his head Sunday night when the engines from a taxing aircraft blew the lid off of a container, which struck the unsuspecting airman.

Still, the threat of a car bomber or some other terrorist trick looms large.

Weart acknowledges that a random terrorist act is a main concern, but he likes where his group of airfield specialists is situated.

Kevin Dougherty is embedded with the Air Force at Bashur airfield.