Bar Sleuth: The Flintknappers: Fun pub with a funny name 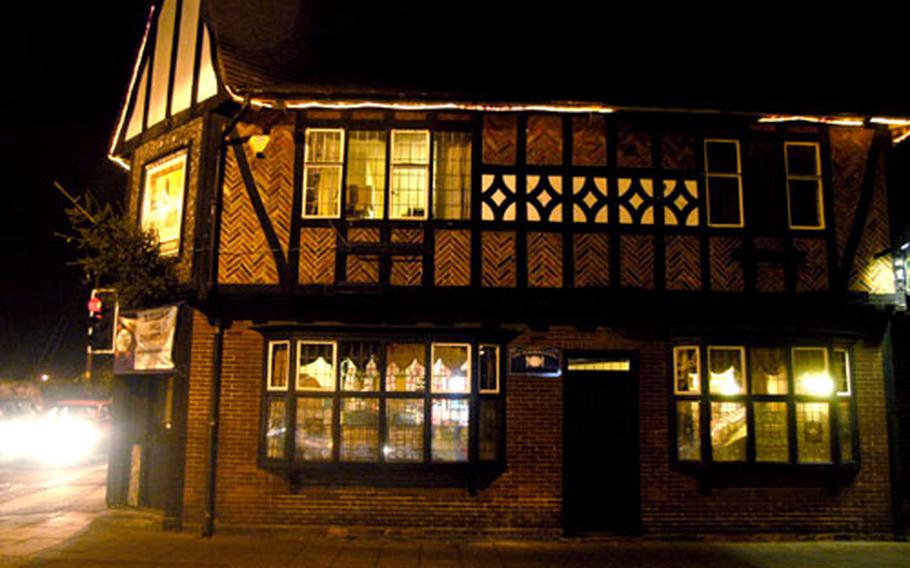 BRANDON &#8212; The Flintknappers pub has the kind of name that stands out and a location to match.

This smoky bar, on a corner in the town&#8217;s main intersection, has been a pub since the early 1930s. Sheds stood at the back of the present bar where craftsmen would chip flint for the firing mechanisms of old weapons. These flintknappers, as they were known, led the pub to adopt the unique name.

They still get calls from people looking to buy flint for their antique weapons, said Raymond Otoka, who owns the bar with his father, Pete.

Those flintknapping sheds have been turned into guest rooms and the bar itself has transformed &#8212; and grown &#8212; through the years, Otoka said.

Additions have made The Flintknappers more like four small pubs in one, with the bar in the center.

Otoka said that the weekends draw a younger crowd, although the handful of patrons on a recent Tuesday night was mainly men in their late 20s or early 30s, sitting at the bar, shooting pool or throwing darts.

Two of the small bars would be good for socializing, while the corner bar area in front has a large TV and dart board and the largest part has a pool table and small stage.

Otoka said they&#8217;ve got entertainment nightly between Thursday and Sunday.

Karaoke is on Thursdays; a DJ plays everything from rhythm and blues to disco to &#8217;70s and &#8217;80s pop on Fridays and Saturdays; and every Sunday, Flintknappers has live music.

Pictures of bar guests dressed in different costumes are posted on one of the bar&#8217;s walls.

Because of the nearby air base and people working on nearby farms, they have a large international clientele.

The owners recently got approval to increase their closing hours to midnight on Thursdays and Sundays and to 2 a.m. on Fridays and Saturdays.

Drinks: A selection of the standard pub drinks, although owner Raymond Otoka said that a good working relationship with their distributor means they usually get first crack at new drink types. Beer pints run 2.50 to 2.70 pounds; shots run from 2.20 to 2.60.

Food: No food, although their special vodka Jello-like shots are eaten, sort of, rather than drunk.

Ambience: A good, healthy layer of smoke that seems to have been there since the pub opened in the early 1930s. A light, fun atmosphere on an early weeknight evening, but could be crowded on weekend nights. They&#8217;ve also got a good-looking female wait staff, based on a photo of them in their French Moulin Rouge outfits during a recent theme night.

Service: With four small rooms making it seem like it&#8217;s four separate pubs, and the bar in the middle, it seems that even in heavy times the drinks will be flowing pretty quick.