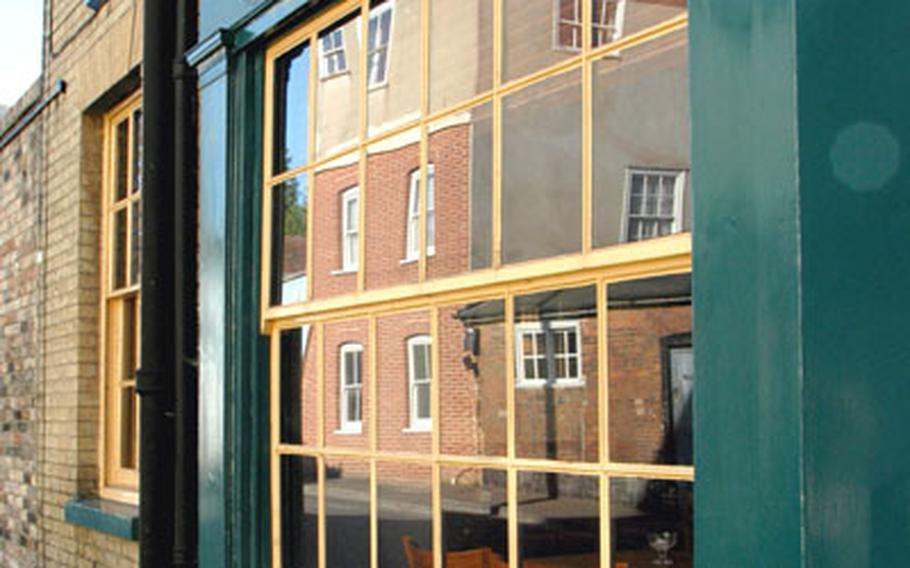 BURY ST. EDMUNDS &#8212; It&#8217;s finally here. After months of hype and, for the British, weeks of anguish over the loss of famed 20-year-old striker Wayne Rooney to a broken foot, the World Cup is only two days from kickoff.

It&#8217;s estimated one of every eight people on Earth will watch some part of the preeminent international soccer, er, football, tournament. The first matches are on Friday (Germany versus Costa Rica and Poland versus Ecuador).

While Americans at home may not get swept up in the bedlam, it&#8217;s nearly impossible to escape the excitement in the United Kingdom.

Brits tend to congregate in their favorite pubs to take in the action. If you&#8217;re looking for a pub to catch a few matches alongside the legions of football crazies, the Queen&#8217;s Head should fit your fancy.

Nestled on the quiet Churchgate Street in the fringes of the town center of this historic Suffolk city, the Queen&#8217;s Head combines all the lore of traditional pub life with the trappings of modern entertainment, i.e. a half dozen flat screen plasma TVs hung on the walls.

The Queen&#8217;s Head is run out of a converted 18th-century inn refurbished to include a game room and patio area. It is run by Don and Jan Rutherford and is a true Free House, which means, unlike the majority of pubs in Britain, Queen&#8217;s Head is not directly affiliated with any brewery.

The action may still be days away, but the atmosphere is simmering to a boil.

Queen&#8217;s Head is outfitted with more than two dozen tables and offers a wide, although typical, pub menu. Get half a chicken or Gammon Steak for 6.50 pounds ($12) or order up the atypical pub nachos that are actually better than one would expect. A kid&#8217;s meal or dessert runs 3.25 pounds ($6).

The food is well prepared and served promptly, and rarely leaves you with that heavy pub food feeling.

It is one of the few pubs in Bury&#8217;s town center that provides high chairs for children and offers a separate no-smoking, family eating area. Several tables offer low-slung leather couches rather than wooden chairs and a few nooks where couples can cuddle up on a sofa.

But come Friday, there will be little cuddling in the Queen&#8217;s Head or any other self-respecting pub with football coverage. The masses will be in hysterics, with a cold brew in hand.

Drinks: More than a dozen beers on tap, and they are always cold.

Ambience: Normally a run-of-the-mill Suffolk drinking hole, but the plethora of TVs and atmosphere make it nearly a sport bar environment.