Bar Sleuth: Chequers for everyone 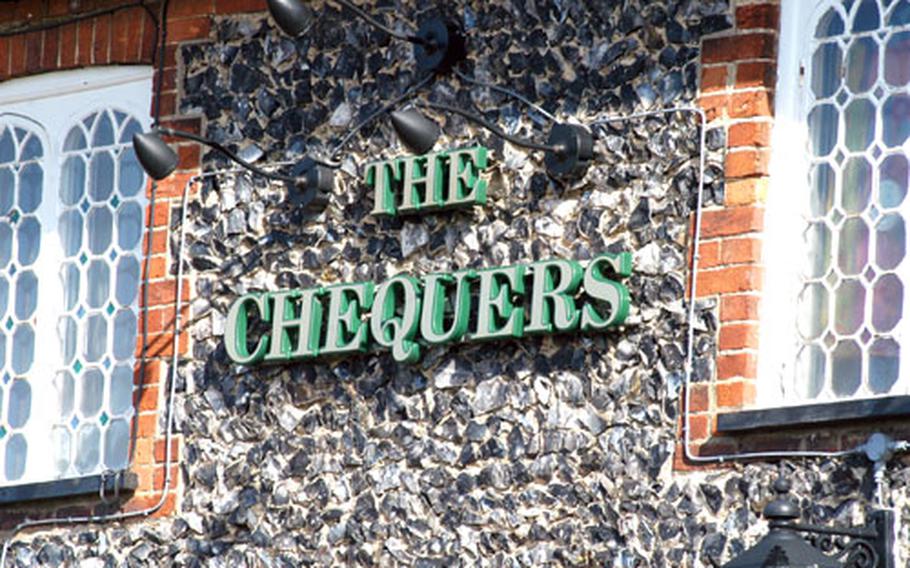 ERISWELL &#8212; Across from the church in this quiet village near RAF Lakenheath, the faint sound of thumping bass echoes outside a pub.

The pub&#8217;s name is The Chequers, and every Wednesday night it transforms into a R&B/hip-hop experience, complete with a disc jockey, makeshift dance floor and an all-you-can-eat barbecue special.

The pub is sort of U-shaped, and seating can be found all around a bar that carries the typical brands of liquor and beer.

Soul food is one of the pub&#8217;s trademarks, The Chequers owner Marvin Tillman said.

The soul food entrees, along with its fixings of okra, collard greens and corn bread, can bring a taste of home for people from the southern U.S. states.

Tillman, 36, originally from Philadelphia, said they even serve Philly cheese steaks and other pub grub.

After serving in the U.S. Air Force at RAF Mildenhall about eight years ago, Tillman became a bouncer and eventually a club manager in Cambridge.

In May of last year, he bought The Chequers and has been converting the place into a popular alternative for people living near RAFs Lakenheath and Mildenhall.

The Chequers has a country music night every Tuesday, as well as a pool tournament on Thursdays, live jazz entertainment on Fridays and karaoke on Saturdays.

Another special that The Chequers passes along helps pubgoers enjoy the night without the concern of drinking and driving.

Lakenheath and Mildenhall are covered by the taxi ride deal.

Food: Soul food is the pub&#8217;s specialty. Entrees of catfish, ribs and fried chicken with all the fixings are served, along with other pub grub.

Drink: Typical brands of liquor and beer, including Corona and Budweiser.

Ambience: It depends on the night. Every Tuesday has country music, Wednesday has hip-hop and R&B, Thursday has a pool tournament, Friday has live jazz, Saturday has karaoke and Sunday is another hip-hop and R&B night.

Service: The staff mingles with pubgoers and can sometimes be seen on the dance floor.