Bar Sleuth: Begin the week, chase the blues with music at Fountain Inn 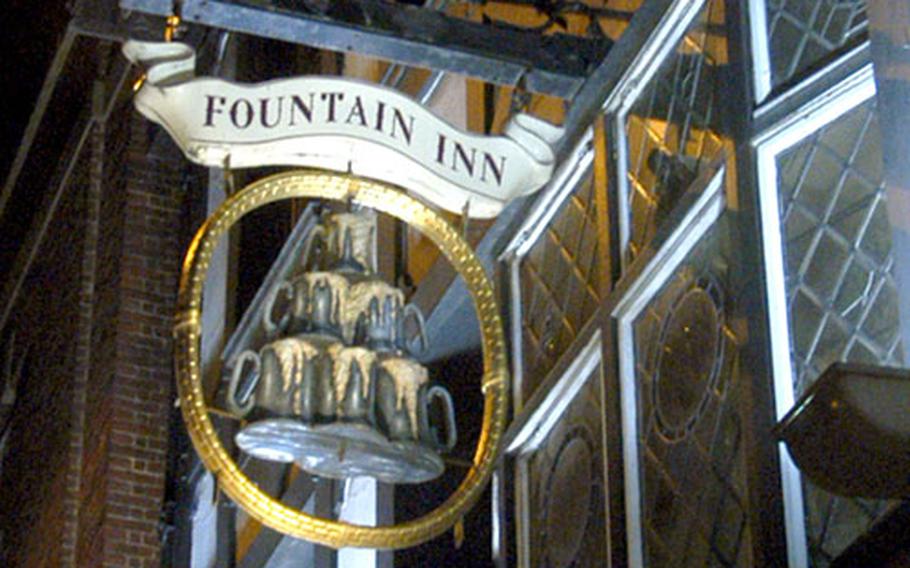 CAMBRIDGE &#8212; Two disc jockeys and a splash of cocktail specials mixed in with a comfortable and clean atmosphere is the concoction that the Fountain Inn serves up to brush those Monday blues aside.

Every week, the Fountain Inn holds a two-for-one cocktail special and upbeat music in an event dubbed &#8220;Blue Monday.&#8221;

The cocktails were a popular item during a recent Monday night, as bartenders scrambled to keep up with the demand from pubgoers inside the bar within Cambridge&#8217;s city center.

If cocktails aren&#8217;t your style, there&#8217;s a long list of wine selections from eight countries. Also, there are many beers to choose from, such as Hobson&#8217;s Choice, a light, golden, bitter beer from the City of Cambridge&#8217;s Brewery Co.

At the back of the bar, a booth with two large speakers gave off beats of funk, soul, disco and dance music spun by DJs Tricky and Gravity. The music helped lift the mood of the diverse crowd that included college students and business-suit types.

The Fountain Inn often becomes a hot spot when other nearby pubs shut down for the night, he said.

&#8220;We have the facilities to stay open until 2 a.m. As long as there&#8217;s enough money going over the bar, we&#8217;ll keep it going for a bit longer,&#8221; Knight said, adding that the inn has remained open well past 1 a.m. on Monday nights even though their advertised closing time is midnight.

Since becoming the manager last year, Knight has been revamping the Fountain Inn from a traditional old-man&#8217;s drinking hole, he said. As part of its ongoing renovations, the menu will change to contemporary British food selections that will include a variety of meat pies from local game, locally produced sausages, salads and hamburgers as well as daily specials.

Knight hopes the changes will spark new interest in the Fountain Inn and keep the broad mix of regulars coming back. He extends an invitation to those who have not been there.

Drinks: The bar offers a two-for-one cocktail special every Monday night and from 5-7 p.m. on all other days. There is a good wine selection from eight countries and a variety of beer.