Bar mitzvahs with no rabbi? Military families make it work 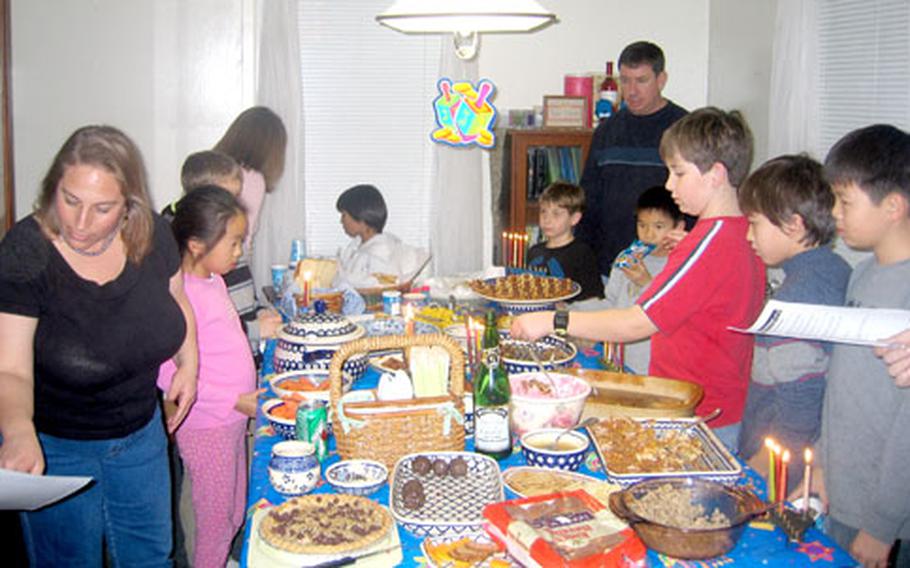 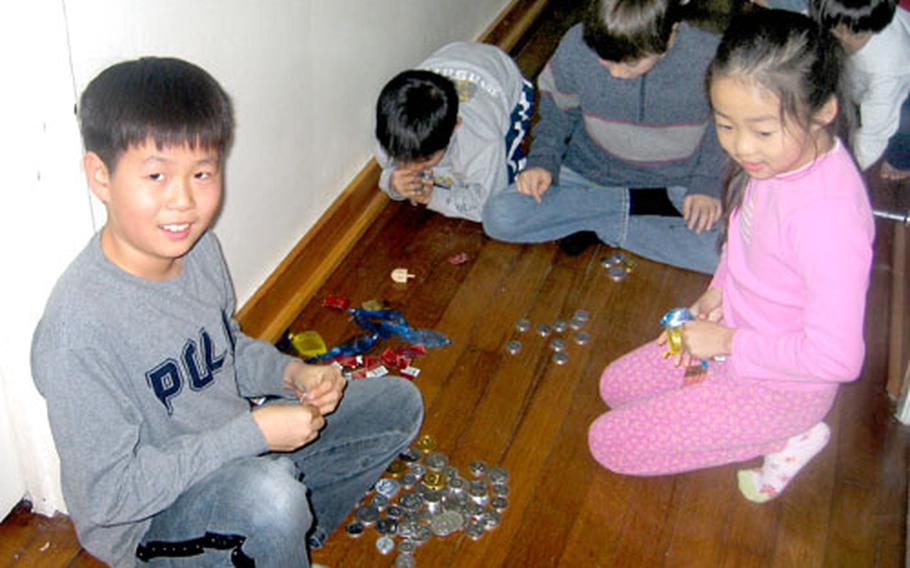 But unlike that of most of his peers, the Camp Zama boy&#8217;s ceremony was held in a synagogue thousands of miles away, in Virginia. With no rabbi to serve the needs of military families in Japan, Cole did lessons with a rabbi by phone and used cassette tapes mailed to him to practice songs.

Cole&#8217;s mother, Laura Dadswell, said without the understanding of that rabbi &#8212; a former servicemember himself &#8212; and from her family&#8217;s congregation back home, the unconventional ceremony might not have been possible.

For the estimated 300 Jewish servicemembers, civilians and their families stationed in Japan, meeting ceremonial and ritual needs such as bar mitzvahs can be challenging or sometimes impossible.

Since the last rabbi to be stationed in Japan left Okinawa in 2002, the various Jewish communities have used creativity and perseverance to maintain their traditions and community.

&#8220;Without a doubt it is harder than in the civilian world,&#8221; said Laura Dadswell, wife of Warrant Officer Martin Dadswell.

In the States, families can join an off-base congregation. In South Korea, one Jewish chaplain permanently based there serves the entire peninsula. In Japan, there is no military option.

&#8220;The active-duty personnel are more involved when the rabbi is around,&#8221; said Lt. Cmdr. Drew Messer, a child psychologist at U.S. Naval Hospital Okinawa who previously was stationed at Yokosuka Naval Base. &#8220;There&#8217;s not as much outreach that can be done (without a rabbi). A rabbi provides consistency.&#8221;

In the absence of Jewish chaplains, the military employs a system of volunteers, usually active duty, who spend hundreds of hours a year as Jewish lay leaders to conduct services and special occasions. They are screened by and often receive special training and support from the Jewish Welfare Board, the organization that acts as the conduit between Jewish organizations and the Defense Department.

But lay leaders cannot perform many of the functions rabbis do, such as bar mitzvahs, baby-naming ceremonies, conversions and weddings.

&#8220;For Jewish personnel and families, the lack of rabbis is a big problem,&#8221; said Messer, who served as a lay leader both in Yokosuka and on Okinawa.

Laura Dadswell became a Jewish lay leader while stationed in Germany because traveling to the nearest synagogue took three hours round trip.

The lay leader system provides a sense of community, but it is dependent on volunteers.

For major holidays, such as the recently concluded Passover, he puts in 40 hours a week as a lay leader. A non-holiday week requires about 10 hours of work, he said. The island is home to 150 Jews.

Air Force Staff Sgt. Sean Reynaud became lay leader at Misawa Air Base when no one else would.

The job can be stressful, with the needs of his congregation of 30 people at stake. But while trying to be prepared as a leader, he has fortified his own Jewish knowledge, he said.

He relies on resources from the Jewish Welfare Board, which also sends ritual items used in traditional celebrations. Lay leaders do what they can but say there is no substitute for having a rabbi at hand.

For their part, the few active-duty rabbis bear the burden of meeting the needs of military congregations around the world. Most of the deployable rabbis are sent to combat zones.

&#8220;I do believe the military is doing everything the military can do,&#8221; said Rabbi (Lt.) Daniella Kolodny, who recently visited Yokosuka from her home base, the National Naval Medical Center at Bethesda, Md., for the Passover holiday. She is one of seven active-duty rabbis in the Navy, and she says she can never spend holidays with her own family.

In their absence, she recommends families overseas try to stay connected to stateside congregations and to keep up their dedication to Jewish education and tradition. She adds that balancing military service and religious duty is always a challenge.

Rabbis say Jews living in an isolated location should connect to Jewish communities in any way possible. Here are some of online resources:

Askmoses.com &#8212; a Rabbi will respond to submitted queries