Banned pollutant detected in water running under Marine base on Okinawa 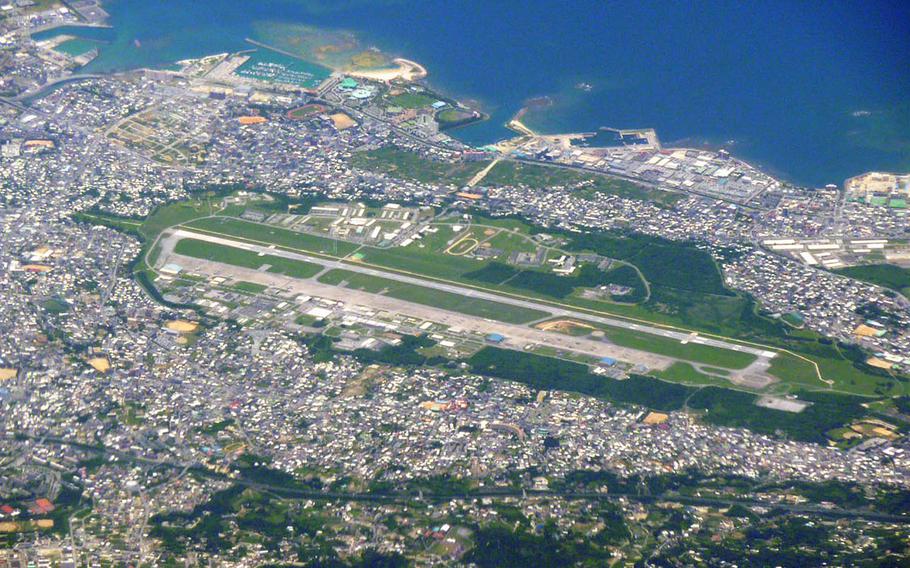 CAMP FOSTER, Okinawa — High levels of a banned pollutant have been detected in water running under Marine Corps Air Station Futenma, a year after the substance was found in streams and underground water wells adjacent to Kadena Air Base.

High concentrations of perfluorooctanesulfonic acid, or PFOS, and per-fluorooctanoic acid, or PFOA, were found during two underground-water surveys conducted in August and January, according to a statement released by the Okinawa prefectural government’s environmental protection department.

PFOS and PFOA are virtually the same, Okinawan officials said, though their concentrations differ depending on the product.

PFOS and PFOA — both synthetic, fully fluorinated organic acids — are found in firefighting foam, aircraft grease, water-repellant materials and fluorine chemicals. They have been known to cause tumors, increases in body and organ weight and death in animals, Okinawan officials said. Their manufacture and importation have been prohibited in Japan since 2010.

Local officials said it isn’t clear whether the material leaked recently or is from past contamination. When it was discovered outside Kadena last year, local officials in that case called for an immediate investigation, the suspension of its use and proper disposal of any on-hand stock.

Marine Corps officials did not respond to requests for comment.

In August, Okinawan officials found three locations out of 35 monitored throughout the prefecture that exceeded U.S. drinking water health advisory levels, which is 0.07 micrograms per liter, they said. All three — 1.3, .21 and .71 micrograms per liter — were adjacent and downstream from the air station.

Japan has no guidelines on how much of the acids are safe.

In January, the chemical was found in six out of 41 locations — with levels ranging between .11 and .88 micrograms per liter.

Miyahira said the chemicals did not appear in crop samples, and there is no immediate health risk as long as the water is not consumed. He said that signs point to the air station as being the culprit of the pollution, though Okinawan officials cannot be certain because Marine Corps officials won’t let them on base to investigate.

Okinawan officials vowed to continue monitoring the situation. At Kadena, for example, they continue to find traces of PFOS.

The U.S. military has a blemished record when it comes to chemical storage and contamination on Okinawa, Stars and Stripes has reported. Large amounts of deadly chemicals were stored, leaked and buried on the island after it came under U.S. administration at the end of World War II.

Recently, veterans claiming exposure to Agent Orange on the island during the Vietnam War have been awarded disability benefits by the Department of Veterans Affairs under some circumstances.