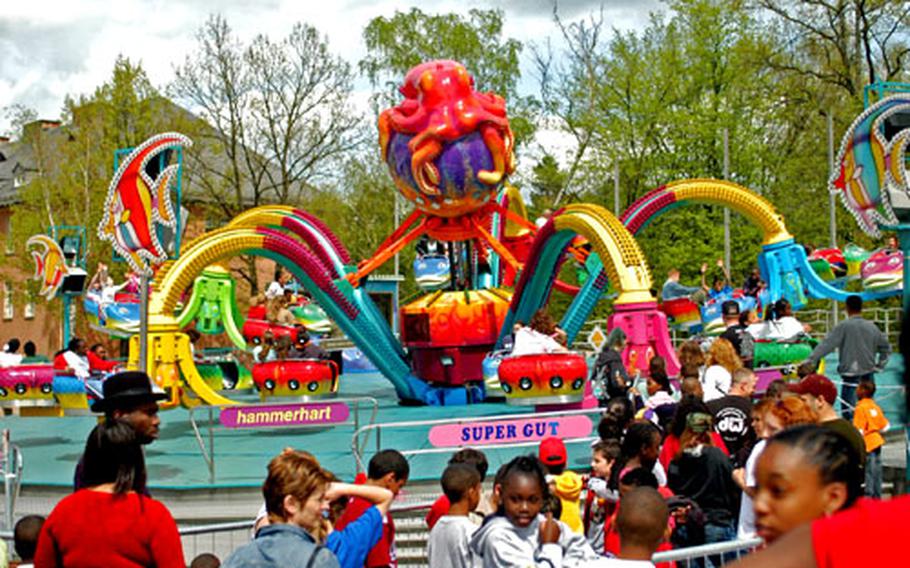 People wait in line for the one of the most popular rides at the 1st Infantry Division welcome home party Thursday on Warner Barracks in Bamberg, Germany. Thousands of soldiers, family members and community members attended a ceremony in the morning and the party lasted from noon until midnight. (Rick Emert / S&S)

People wait in line for the one of the most popular rides at the 1st Infantry Division welcome home party Thursday on Warner Barracks in Bamberg, Germany. Thousands of soldiers, family members and community members attended a ceremony in the morning and the party lasted from noon until midnight. (Rick Emert / S&S) 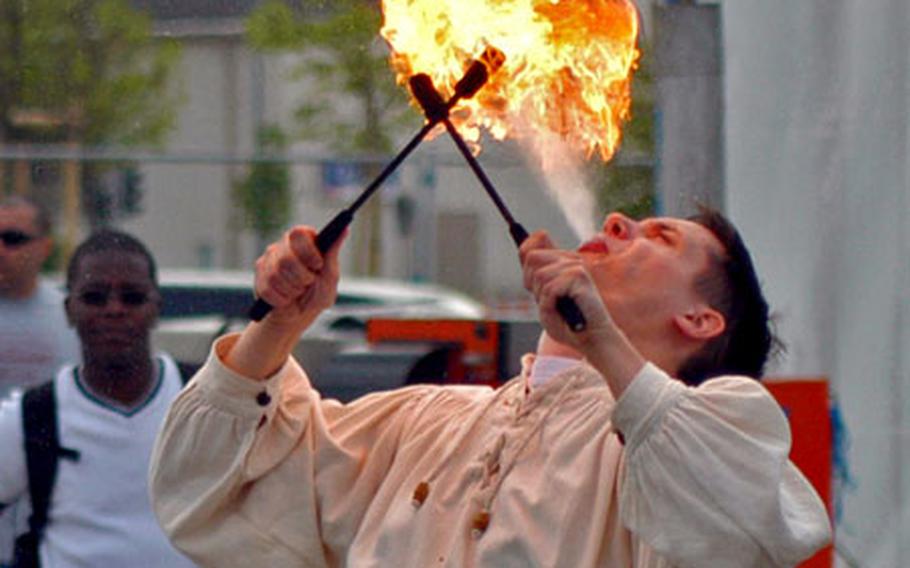 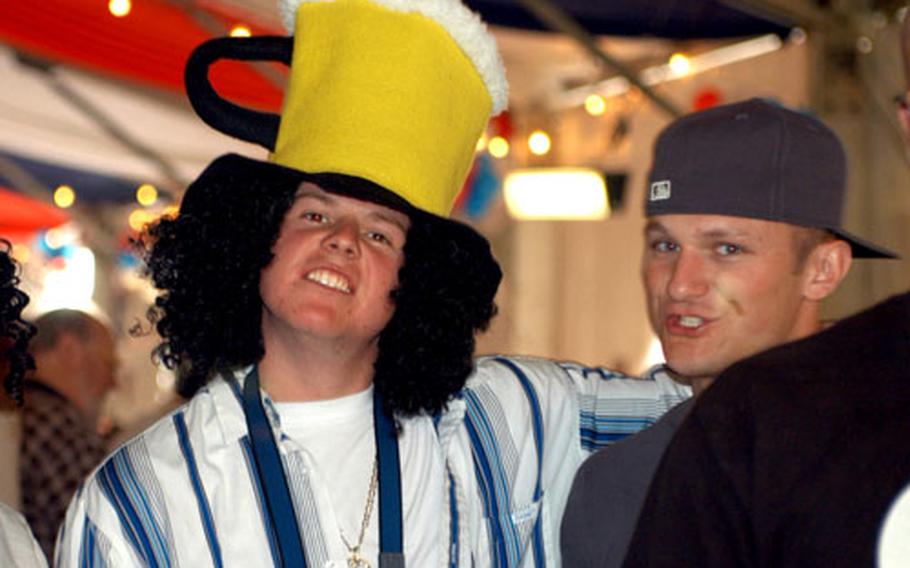 A soldier wearing a hat that looks like a mug of beer poses with a buddy during the welcome home celebration. (Rick Emert / S&S)

BAMBERG, Germany &#8212; If Bamberg&#8217;s 1st Infantry Division soldiers had any doubts about how happy the Warner Barracks community was to have them home from Iraq, they should have been absolutely sure on Thursday.

During the ceremony, the speakers &#8212; Maj. Gen. John Batiste, Brig. Gen. John Morgan and Bamberg Lord Mayor Herbert Lauer &#8212; thanked the soldiers and families for their sacrifices and dedication.

&#8220;Whether you served in Iraq or supported deployed troops and their families here in Germany, the 1st Infantry Division and Task Force Danger could not have accomplished its mission in north-central Iraq without your hard work, dedication and tireless efforts,&#8221; said Batiste, 1st ID commander. He later told the soldiers he led in Iraq that &#8220;no unit in the Army has ever come close to the standard you set.&#8221;

&#8220;Be assured that every one of you will always be remembered as a hero in the fight for freedom and democracy,&#8221; said Morgan, the assistant division commander (Maneuver), to the soldiers attending and standing in formation at the ceremony.

Beginning at noon, 1st ID and the Bamberg community put its money where its mouth was at the party tent where free hamburgers, bratwurst, ribs, hot dogs and soft drinks awaited.

Five live bands, including War and Lit, rocked the tent all day and into the night, and soldiers and families were treated to free rides and games. A 20-minute fireworks display began at about 10 p.m., and the party ended around midnight.

For the soldiers, the day wasn&#8217;t only about drinking beer.

&#8220;I can see that people are really appreciative of what we all did in Iraq over the past year,&#8221; said Staff Sgt. Ricardo Ramos of the 1st ID&#8217;s Headquarters and Headquarters Battery, Division Artillery.

Many of the games and rides were aimed at the families of deployed soldiers, who coped with the deployment on the home front.

&#8220;This is a great way for the community to say thank you to the soldiers and families who went through the deployment.&#8221;