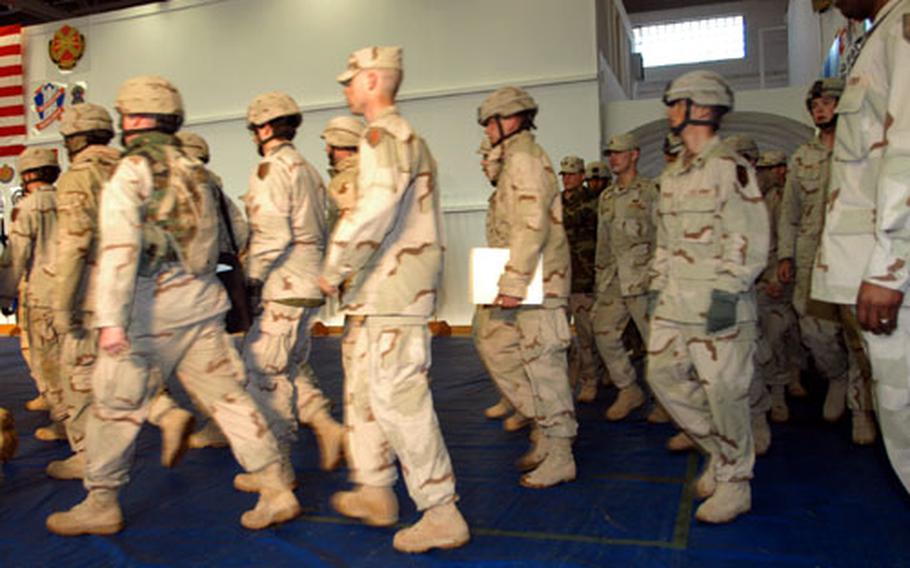 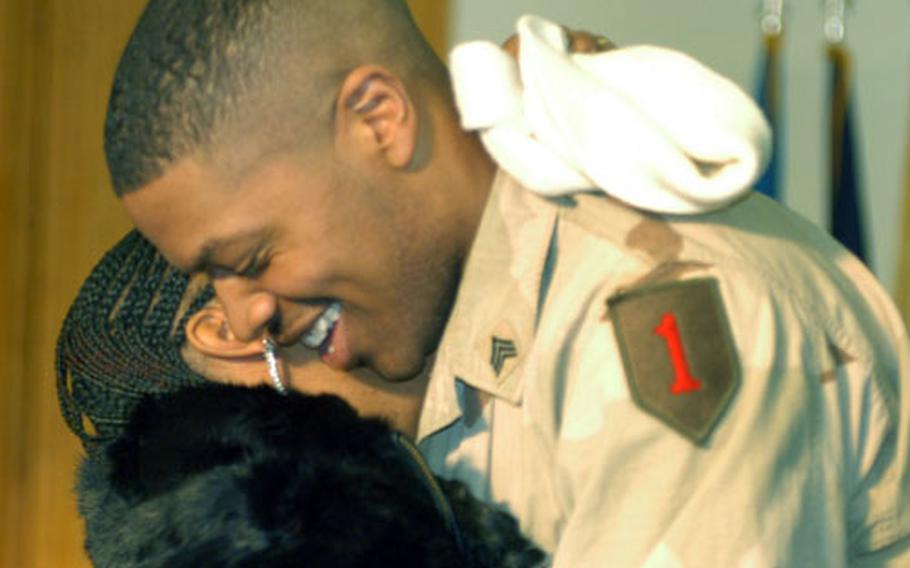 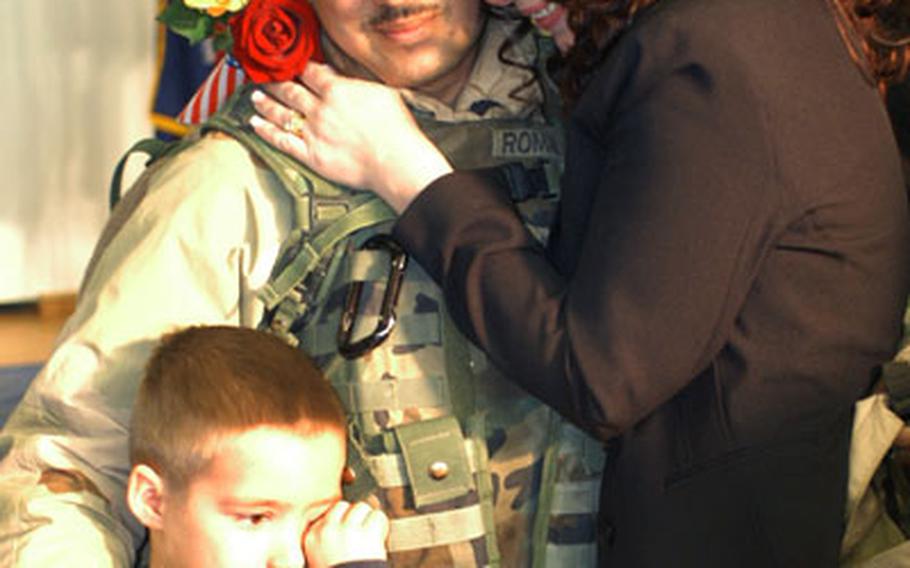 During a brief ceremony, Maj. Gen. John R.S. Batiste thanked the soldiers for all they did in Iraq. Then the soldiers were released to reunite with family and friends.

As she waited for the soldiers to arrive, along with her red-sweatered Chihuahua, Crystal Vega said it had been a long separation from her husband, Sgt. Javier Vega, of Battery C, 1-6 Field Artillery.

It wasn&#8217;t any easier for the spouses whose husbands were gone for one year.

Ford learned Wednesday that her husband would be in the group returning Thursday.

And it was longer, with the soldiers delayed by about 15 minutes. But James Ford didn&#8217;t care about the delay.