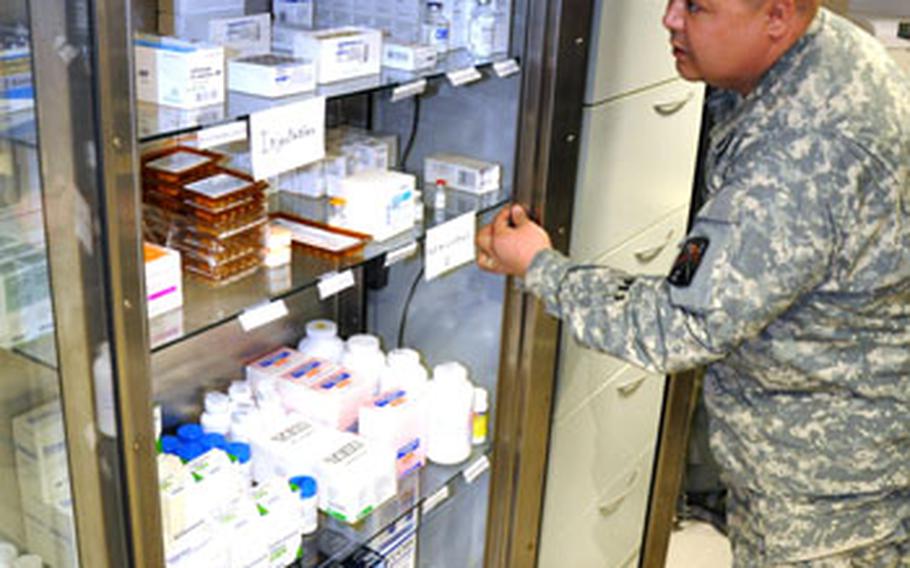 Buy Photo
The new Bamburg medical aid station was stocked with discount supplies soldiers found at nearby clinics that were closing. (Photos by Dan Blottenberger/Stars and Stripes)

Buy Photo
The new Bamburg medical aid station was stocked with discount supplies soldiers found at nearby clinics that were closing. (Photos by Dan Blottenberger/Stars and Stripes) 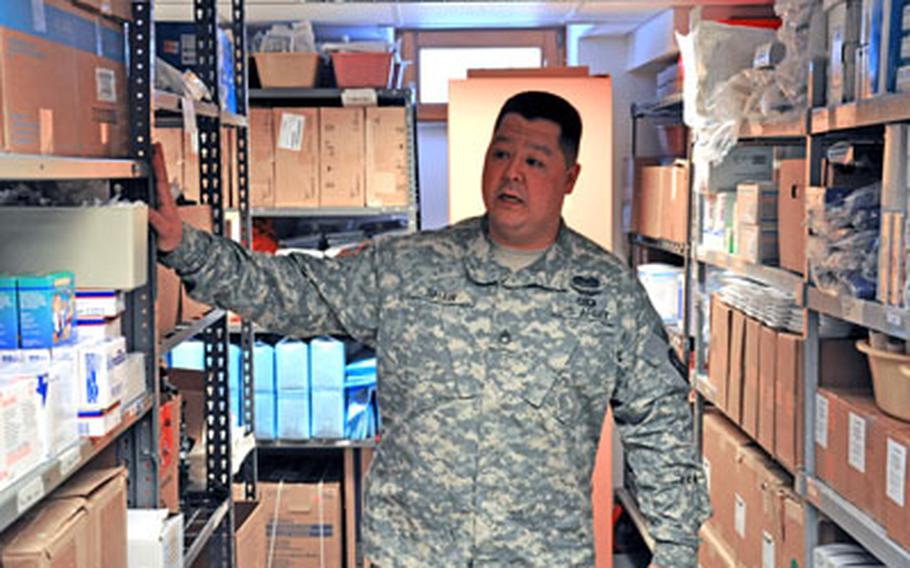 BAMBERG, Germany &#8212; A new medical aid station for about 1,500 soldiers has been built in Bamberg with a good dose of innovation and tenacity.

"We were given an order to set up an aid station for our newly formed brigade," said Staff Sgt. Robert Norton, the noncommissioned officer in charge of the clinic. "We were given the building to put the aid station in &#8212; we just weren&#8217;t given the supplies we needed to operate."

Unit members simply decided to go ahead with the project and didn&#8217;t ask for any additional support, said Sgt. 1st Class Shawn Hardiek, who was the platoon sergeant at the time and now works for the brigade&#8217;s surgeon cell.

To equip the aid station, the "Jedi Knights," as the platoon calls itself, went on a treasure hunt of sorts to obtain items that other medical facilities no longer needed.

"They utilized equipment being turned in by other facilities," said Lt. Col. Eric Fleming, a brigade spokesman.

The medics picked up several patient beds costing $70,000 each at a Baumholder clinic that was closing. They were also able to collect medical evaluation tools costing several thousand dollars each, and several old shelves, desks and chairs from the W&#252;rzburg American Hospital, which closed.

"As the saying goes, beggars can&#8217;t be choosers. &#8230; We needed as much as we could get our hands on," said Staff Sgt. Michael Shaw, a pharmacy noncommissioned officer, while going through the aid station&#8217;s supply room.

The collection of equipment, disrupted by a 15-month deployment to Qayyarah Airfield in Iraq, was reminiscent, some said, of the 1970&#8217;s TV comedy "Sanford and Son," about a father and son team that ran a junkyard.

"Just imagine you&#8217;re at a hospital &#8230; and you see a huge 5-ton truck pull up," said Shaw, remembering several trips throughout Germany to pick up supplies. "They back up to [the hospital] and throw open the doors &#8230; and just start stuffing as much stuff as you can see into the back of it."

Then there were long hours of rebuilding and cleaning the used equipment. The result: It&#8217;s hard to tell that any piece of equipment is a hand-me-down.

Capt. David Berg, who worked as a physician assistant for three years at a small community hospital in New York before joining the Army, is the officer in charge of the treatment facility.

"I would say, comparatively, we do more with less," Berg said.