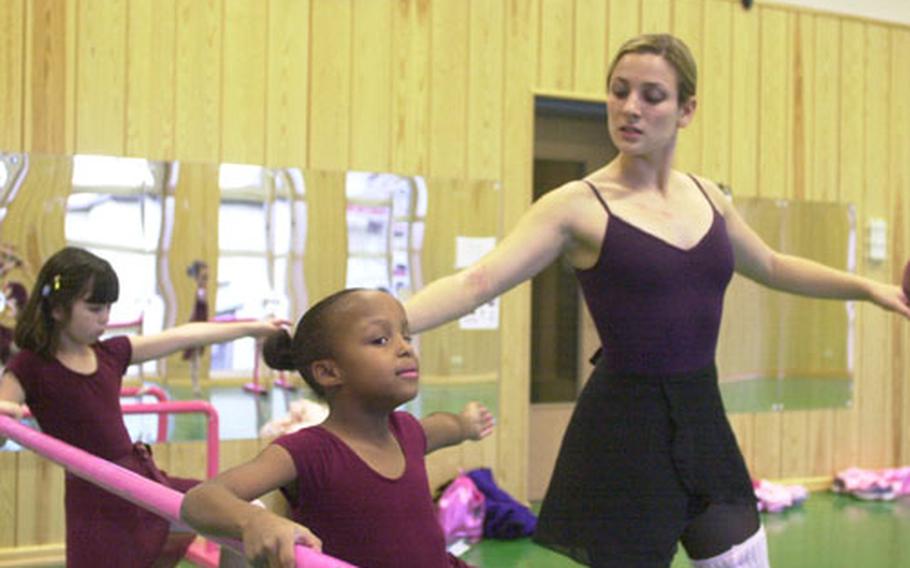 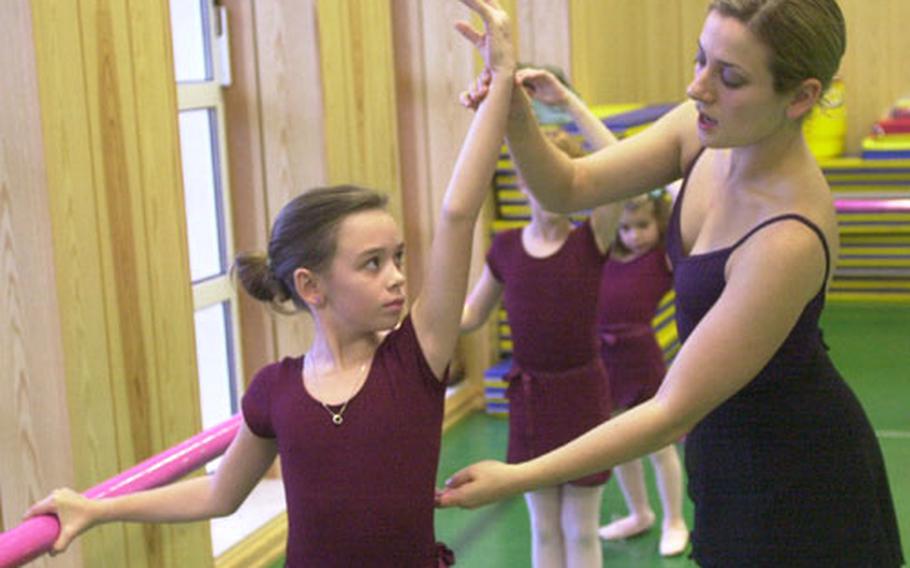 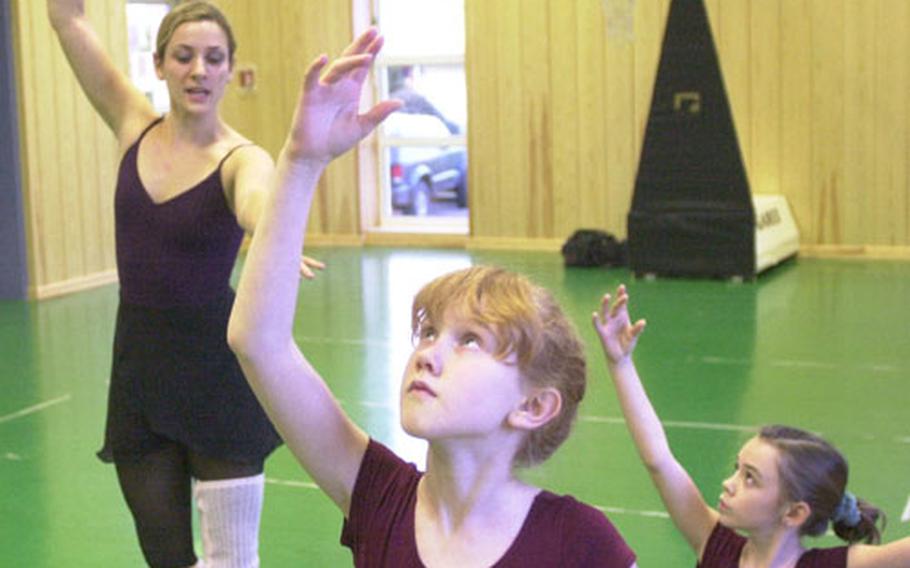 BAUMHOLDER, Germany &#8212; Viviane Elliott is the sort of woman you see shopping on Madison Avenue or rushing through Manhattan&#8217;s financial district.

She looks a bit out of place on an Army base, uprooted from her New York arts scene and the affluent Westchester County, N.Y., suburbs where she grew up.

But the 24-year-old former ballerina is now an Army spouse, teaching ballet on an Army base &#8212; a combat-arms base &#8212; in rural Germany. And she has no shortage of students.

The little girls come, filling 70 slots in eight ballet classes as well as a 70-name waiting list. They come, say the moms, because Elliott is the real deal.

&#8220;I was not optimistic about dance even happening,&#8221; says Hollie Lynch, who had pulled daughter Hannah, 6, out of another local dance class because she found it unprofessional. Then she heard a new teacher was coming &#8220;with wonderful experience&#8221; in ballet.

That&#8217;s the way she lives it, and the way she teaches it. Some parents have tried to use her classes as supplemental day care, she says, but they have gotten the message. Come to learn, or don&#8217;t come at all.

Imagine five girls, ages 7 to 9, not speaking a word; not making a noise. Instantly obeying every command.

Elliott&#8217;s Baumholder connection started with a friend playing matchmaker, introducing Viviane Travin to Scott Elliott, a cadet at the U.S. Military Academy at West Point. When they married, friends told the New Yorker she&#8217;d never last two minutes on an Army base. Yet she&#8217;s still here.

&#8220;This is the Army. I follow him around,&#8221; Elliot says. The couple arrived at Baumholder in April, just in time for Scott Elliot, a Scout platoon leader with Headquarters, Headquarters Company of the 1st Armored Division&#8217;s 2nd Brigade, to deploy to Iraq in June.

Viviane Elliott decided to fill the void by teaching dance.

She wants her students to love ballet the way she loves it, she says. &#8220;I want desperately to run a professional class.&#8221;

Achieving grace demands pain and discipline. When most kids were going home, Elliott was putting her hair up in a bun, getting ready for rehearsals. Friday nights. Weekends. Even Sundays before recitals.

Her parents, Sheldon Travin, a psychiatrist, and Madeleine Travin, a nurse, encouraged their three daughters toward the arts to the point of banning television from the home. She remembers falling asleep at night with her ear against the stereo speaker listening to Antonin Dvorak&#8217;s cello concerto. And indeed, Elliot ended up studying cello, not ballet, at The Juilliard School in Manhattan.

But her mother, a native of Switzerland, was especially smitten with dance.

Ballet school was not far from boot camp, she says. A teacher at Logrea Dance Academy, which is affiliated with Westchester Ballet Company, wielded a wood stick.

When asked if the classes were fun, she sighs.

Non-stop hard work, but always a reward to look forward to: performing. Now, she has a desire to inspire the best of her students to greatness.

Perhaps five of her 70 girls have real potential, Elliot says.