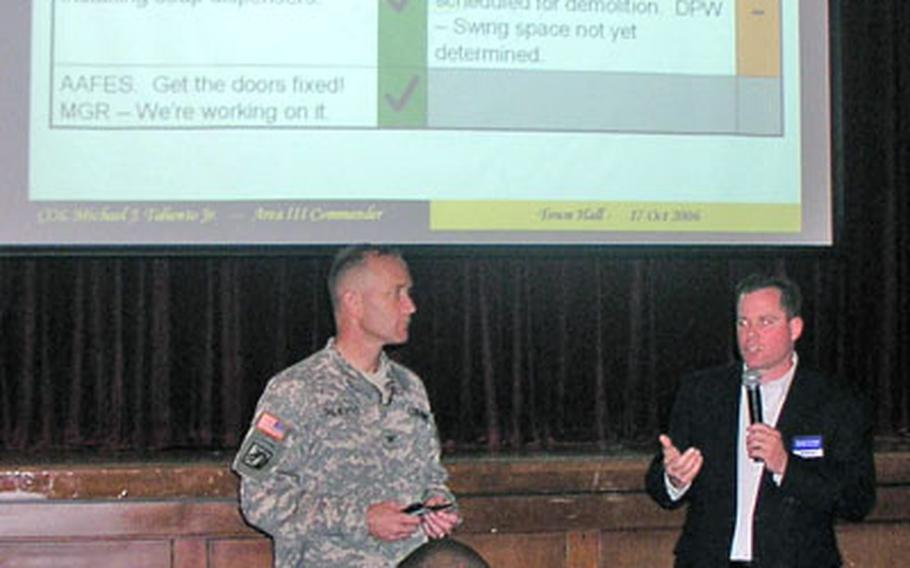 &#8220;It&#8217;s a priority for me,&#8221; said George B. Ricker, who became the Army and Air Force Exchange Service general manager for Area III in late September. His area of responsibility takes in camps Humphreys, Long and Eagle, Suwon Air Base and Yongin.

Camp Humphreys residents said at a quarterly town hall meeting Tuesday night that the doors are inconvenient and potentially unsafe because they seem to open too soon or close too quickly.

About 75 Area III residents attended the meeting at the post&#8217;s Community Activities Center.

Ricker told Stars and Stripes on Wednesday that he would have the doors inspected.

Ricker said if problems can&#8217;t be fixed, he would prefer to have the doors replaced.

The store originally was fitted with manual doors but they later were automated, in part as a convenience to families with baby strollers, Taliento said Wednesday.

Ricker said he&#8217;s asking the AAFES engineer staff to inspect the doors and give cost estimates on possible solutions.