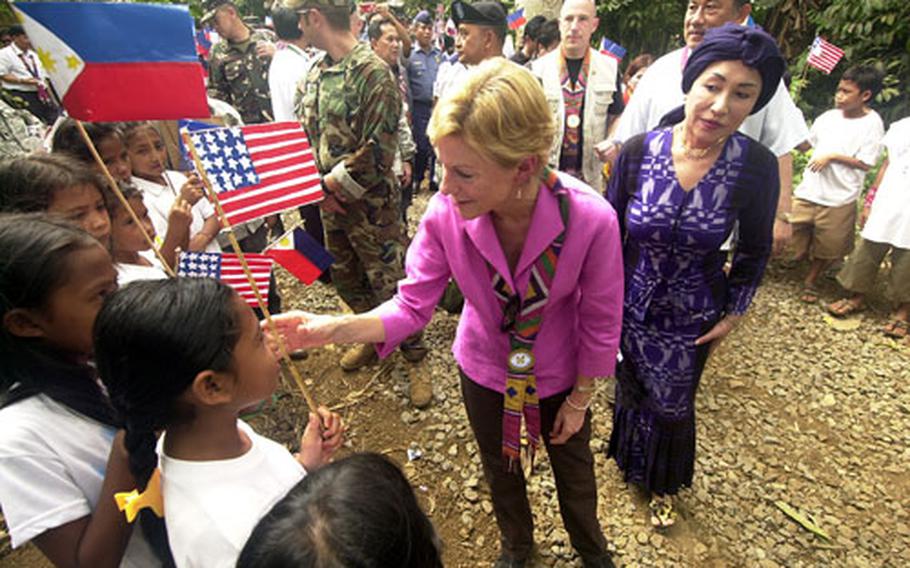 U.S. Ambassador to the Philippines Kristie Kenney greets schoolchildren on Jolo Island during a visit Saturday. Kenney was among a group of visitors to tour a site where U.S. troops have treated patients, built roads and renovated schools as part of Balikatan 2007. (T.D. Flack / S&S)

U.S. Ambassador to the Philippines Kristie Kenney greets schoolchildren on Jolo Island during a visit Saturday. Kenney was among a group of visitors to tour a site where U.S. troops have treated patients, built roads and renovated schools as part of Balikatan 2007. (T.D. Flack / S&S) 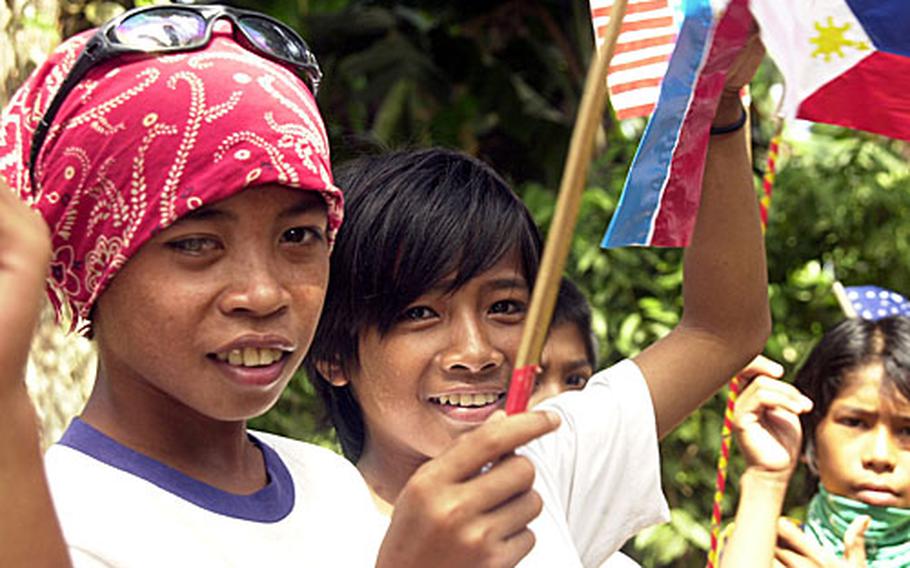 Schoolchildren wait to meet a group of visitors - including U.S. Ambassador to the Philippines Kristie Kenney - Saturday on Jolo Island. (T.D. Flack / S&S) 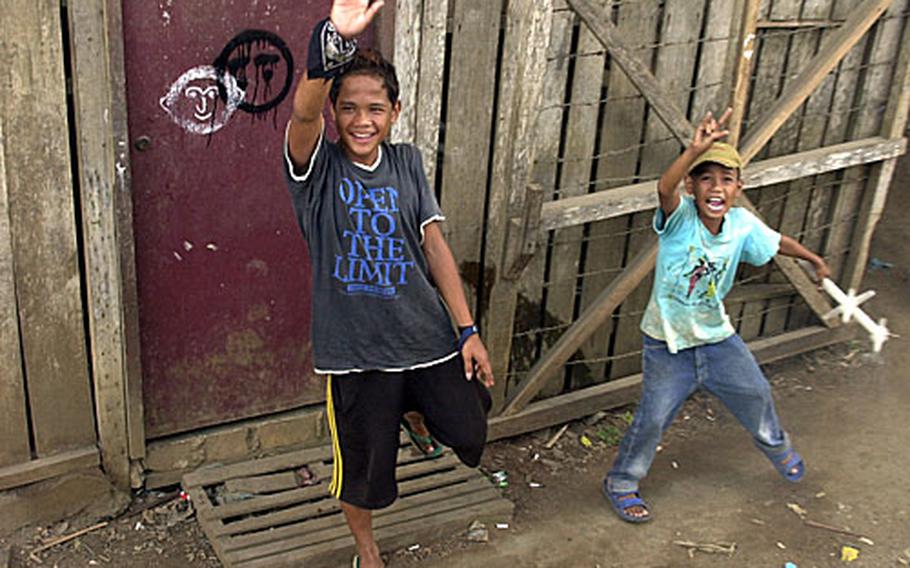 JOLO ISLAND, Philippines &#8212; Security was tight Saturday as U.S. and Philipine officials visited an area where U.S. troops have been working the last three weeks.

The Marines, of the 9th Engineer Support Battalion, and sailors from the Naval Mobile Construction Battalion-3, arrived on Jolo from Okinawa in mid-February.

It&#8217;s the same island where the AFP is fighting Abu Sayyaf insurgents with the &#8220;advice and assistance&#8221; of the U.S. military Joint Special Operations Task Force- Philippines.

Officials have said the AFP is providing heavy security for the visiting Balikatan troops and that the work U.S. troops are doing for the local population far outweighs any potential risk and eventually will help crush the conditions that allow insurgency and terrorism to fester.

The work has centered on Bato-Bato, a small coastal village on the island, part of Sulu Province.

After the VIPs arrived via plane and helicopter, they loaded onto a convoy of civilian and military vehicles, with both U.S. and AFP forces providing security.

Hundreds of Philippine troops lined the route, watching as the local population cheered and waved at the Americans.

After a brief ribbon-cutting ceremony on the road, the visitors walked down a path to the village school to see the renovations and deliver a box of books. Students in their school uniforms lined both sides of the path waving handmade U.S. and Philippine flags.

After a final stop at a clinic, Don Loong, Sulu Province administrator, gave an impassioned speech about the importance of the work in the area.

He said the legacy of the American people here would not be the roads, schools or any other projects.

During an interview with Stars and Stripes, he said these types of projects help set the people free from the &#8220;bondage and isolation of poverty.&#8221;

Kenney said the celebration was about &#8220;doing things that make the future better for all of our citizens.&#8221;

She added that as long as there was work to do &#8212; and the Philippine government requests help &#8212; the projects would continue.