Balikatan 2004 exercise kicks off in Philippines 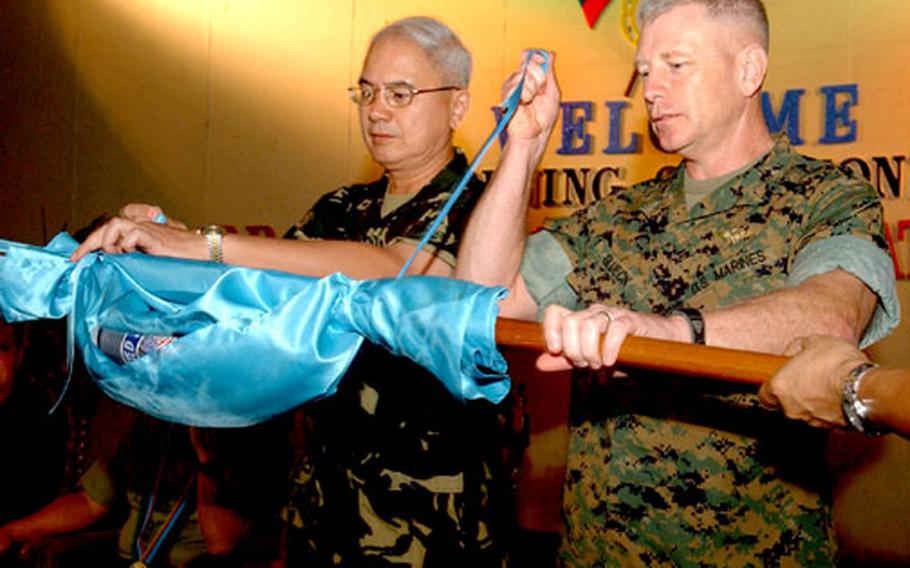 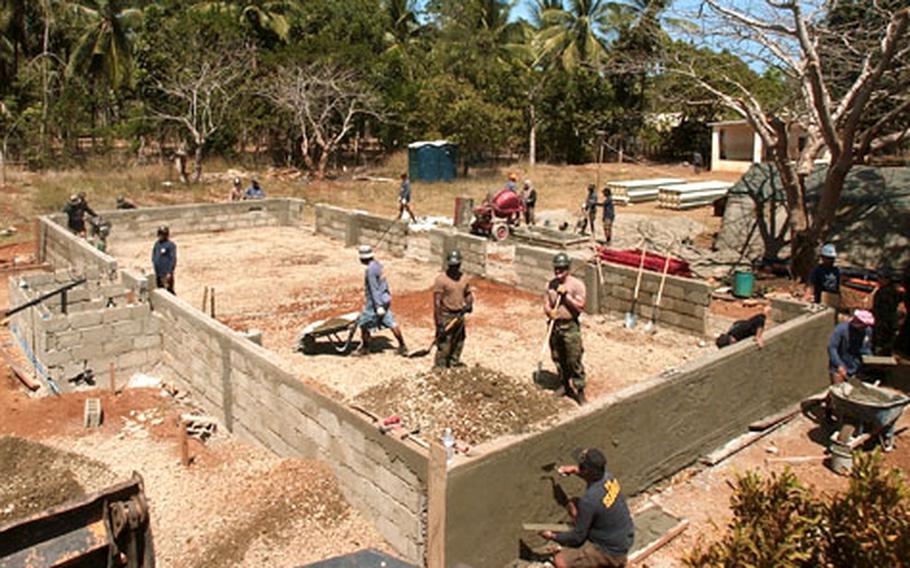 Naval Mobile Construction Battalion 25, along with members of the Armed Forces of the Philippines, work on a building at the Manuel Memorial Elementary School in the Philippines last week, one of many civil engineering projects the Seabee unit is conducting during Exercise Balikatan 2004. (Felix Garza Jr. / Courtesy of U.S. Navy)

The annual Balikatan exercise in the Philippines kicked off Monday with an opening ceremony at Camp Emelio Aguinaldo, Quezon City.

The exercise runs until March 7 and is designed to improve combined planning, combat readiness, and the U.S. and Philippine forces&#8217; ability to work together, according to a Balikatan Combined Information Bureau press release.

This is the 20th Balikatan exercise. The term balikatan is a Tagalog word meaning &#8220;shouldering the load together.&#8221;

&#8220;The events we have planned for this year&#8217;s Balikatan will go a long way in deepening our security ties and the friendships between two people,&#8221; said Abaya, in the release.

&#8220;For the past week we have witnessed the movement of soldiers, weaponry, aircraft and vessels,&#8221; said Joseph Mussomeli, charge d&#8217; affaires, U.S. Embassy, in the release. &#8220;And it is a genuine pleasure to see all this hard work come to fruition with the kick-off of this annual exercise.&#8221;

Balikatan is scheduled to be played out in three simultaneous phases, according to the release.

The first phase evaluates and tests the combined task force headquarters&#8217; staff on crisis-action planning and course-of-action execution through the use of scenarios. The primary participants for the training are the U.S. Marine Corps&#8217; 3rd Marine Expeditionary Brigade and the Armed Forces of the Philippines Western Command personnel.

Phase two is spread throughout the Philippines with training taking place in Central Luzon, including Clark Air Base in Pampanga, Fort Magsaysay in Nueva Ecija and Marine Base Ternate in Cavite. This phase is a cross-training and field training exercise, improving the units&#8217; ability to work together.

Several medical, dental, veterinary and engineering civic action projects are scheduled for the third phase. The projects will take place in the communities of Puerto Princesa, Palawan, and Basco, Batanes.