Balancing work, soccer is a makeable goal for Juvera 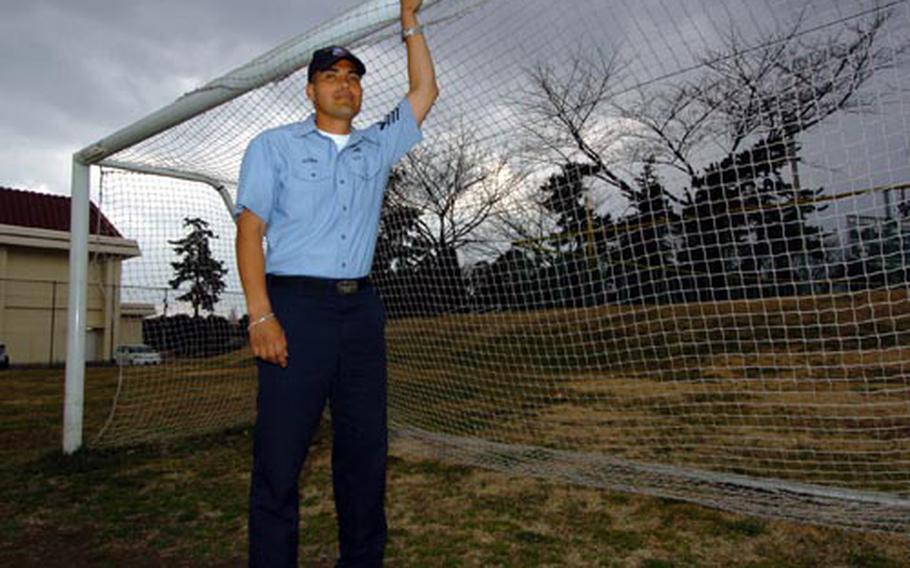 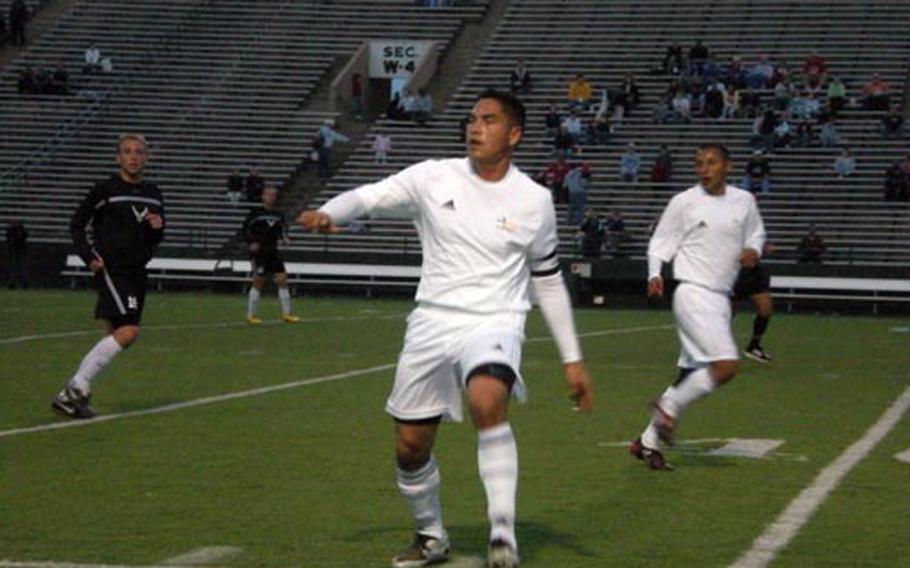 All-Navy soccer team midfielder Juan Juvera positions to make a play during a game against the Air Force, part of the Armed Forces Men&#39;s Soccer tournament Feb. 1 to Feb. 8 at Dyess Air Force Base in Abilene, Texas. Juvera was named team captain and was making his eighth appearance in the multi-service competition. (Courtesy photo / Juan Juvera)

Earlier this year, Juvera concerned himself with a different kind of quality assurance: the responsibility of captaining Team Navy to success in the Armed Forces Soccer Championship.

The 33-year-old is no stranger to trading in Navy-issue footwear for soccer cleats. In every year but one since 2001, Juvera has flown out to one of the rotating, stateside men&#8217;s All-Navy Soccer Team training sites and been named to the final, 18-player roster.

A late bloomer, Juvera didn&#8217;t even start playing soccer until he was 16. Despite his subsequent success playing for the Navy, he said the chance to play for the team didn&#8217;t factor in to his decision to join the Navy 10 years ago.

Juvera&#8217;s presence on the team since 2001 likely factored in to his coaches and teammates voting him team captain, an honor he said he wasn&#8217;t expecting.

As captain, Juvera led a team that included officers and enlisted from both the Navy and Coast Guard. "When you step on the field, everybody understands that it&#8217;s a team and I&#8217;m the captain, and most of the responsibility falls on my shoulders, and they see that," said Juvera.

"He&#8217;s really good and he&#8217;s teaching guys out on the soccer field about teamwork and strategy, and how to step up," Kim said. "Those are the kinds of things they can take with them anywhere."

Juvera says his command has been supportive of his soccer despite him missing a month or more of work to play on the All-Navy team.

"I have to prove to my command that they didn&#8217;t waste their time by letting my go," Juvera said. "In the back of my head I feel like I owe something to them, so it makes me want to go the extra mile."

He&#8217;s also had to juggle his schedule to stay on track with his Navy goals. While trying out for his most recent team in Pensacola, Fla., he had to take time off to take his E-7 advancement exam.

While he acknowledges some commands might not be as accommodating to those wishing to pursue All-Navy teams, Juvera wishes more servicemembers would try out for the teams and thinks there is a place for them in the military.

"For people who like to play sports and like to compete, it&#8217;s a good deal," he said. "And the more people who go out for the teams, the better the teams will be."

For more information on armed forces sports, visit defenselink.mil/armedforcessports on the web or contact your local MWR office.