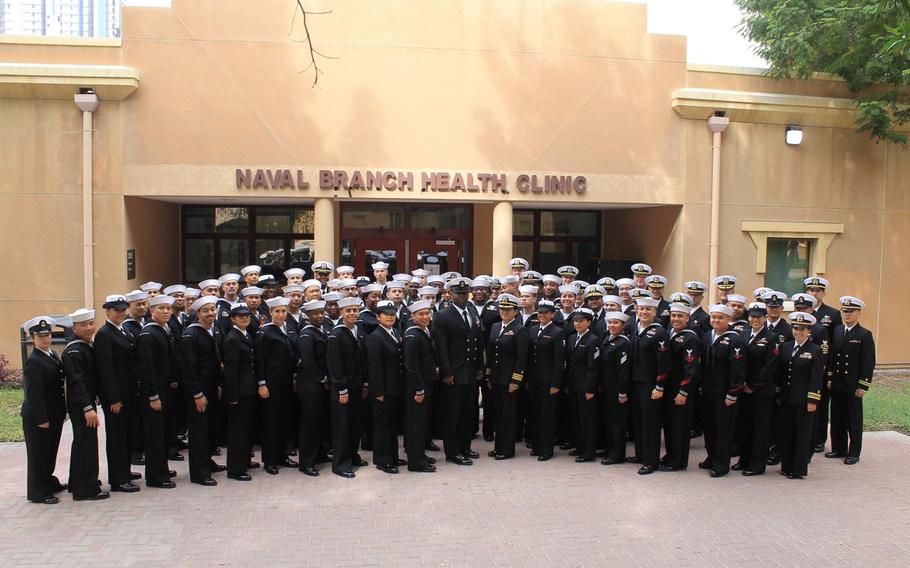 MANAMA, Bahrain — Officials are investigating a strange smell that forced an evacuation of personnel and patients from the Naval Branch Health Clinic following two separate reports on Sunday and Monday.

“The odor is unidentified and is being investigated by the Naval Support Activity Bahrain environmental, fire and public works departments, as well as host nation teams,” base spokeswoman Lt. Josie Lenny said via email on Tuesday.

Four people were taken to a local hospital for evaluation after the first report of the odor on Sunday forced officials to cancel or reschedule all appointments at the small clinic, which serves Naval Forces Central Command, Naval Support Activity and 91 tenant commands in Bahrain.

Base security patrolled the area and redirected pedestrians away from the clinic. A hazardous material unit, fire and emergency services officials responded to the report.

The four people sent to the hospital were subsequently cleared for duty, Lenny said Monday.

“Emergency personnel deemed the area safe and the clinic was cleared to resume operations the following day,” she said.

The clinic, which Lenny said averages about 180 appointments a day, provides primary care for more than 3,800 people, the clinic’s page on the Military Health System website said.

After the clinic reopened Monday, a second report of the mystery odor forced another closure until emergency personnel declared the facility safe later that day.

The facility reopened again later Monday and was continuing normal operations on Tuesday.