Bahrain locks in Patriot missile system deal with US contractor 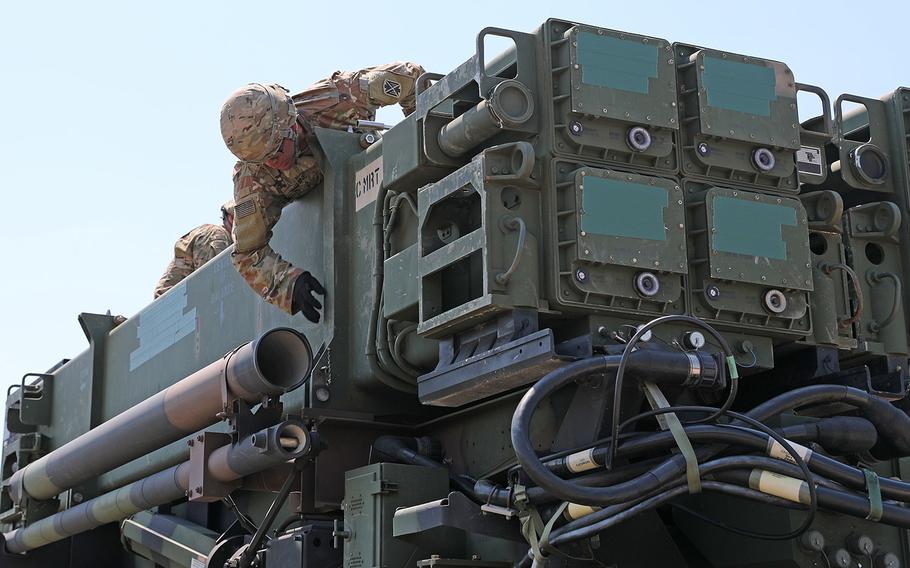 MANAMA, Bahrain – Bahrain has signed an agreement to purchase the Patriot air and missile defense system, putting it in line with other Persian Gulf nations partnered with the U.S. amid ongoing tensions in the region with Iran.

Bahrain will purchase the system from the U.S. Army, defense contractor Raytheon said in a statement last week.

The purchase agreement allows the U.S. to negotiate with Raytheon for an undisclosed number of systems and missiles.

However, Bahrain had its request approved by the State Department in May to purchase the Patriot system with 96 missiles, two radar systems, two control stations with nine launchers, and all associated equipment and services, a Defense Security Cooperation Agency statement in May said.

The deal was worth an estimated $2.5 billion and intended to support the “foreign policy and national security” of the United States, the May statement said.

Raytheon said that Bahrain is the 17th nation to purchase the Patriot system, along with Persian Gulf nations including Saudi Arabia, Kuwait, Qatar and United Arab Emirates.

Bahrain, a small island kingdom connected by a bridge to Saudi Arabia, is the headquarters of the U.S. Navy’s 5th Fleet. Britain also bases its naval forces in the country.

Iran has stopped or attempted to detain international shipping transiting the Persian Gulf in recent months, prompting the U.S. to announce plans for a coalition of nations to escort commercial ships through the waterway.

The most recent tensions began in May, when the U.S. sent bombers and hastened the arrival of a Navy carrier group following intelligence reports that indicated threats from Iran or its proxies on U.S. forces.

The exact threats were not specified. However, U.S. officials said in May that they suspected increased rocket attacks in Iraq near U.S. bases and the embassy may have been the work of Iranian-backed militias, which Iran denied.

In July, the USS Boxer downed an Iranian drone that the U.S. said threatened the ship over international waters in the Strait of Hormuz, though Iran denied that it lost any aircraft. The previous month, Iran shot down a U.S. Global Hawk that it said flew into its airspace. The U.S. said the drone was well within international airspace.