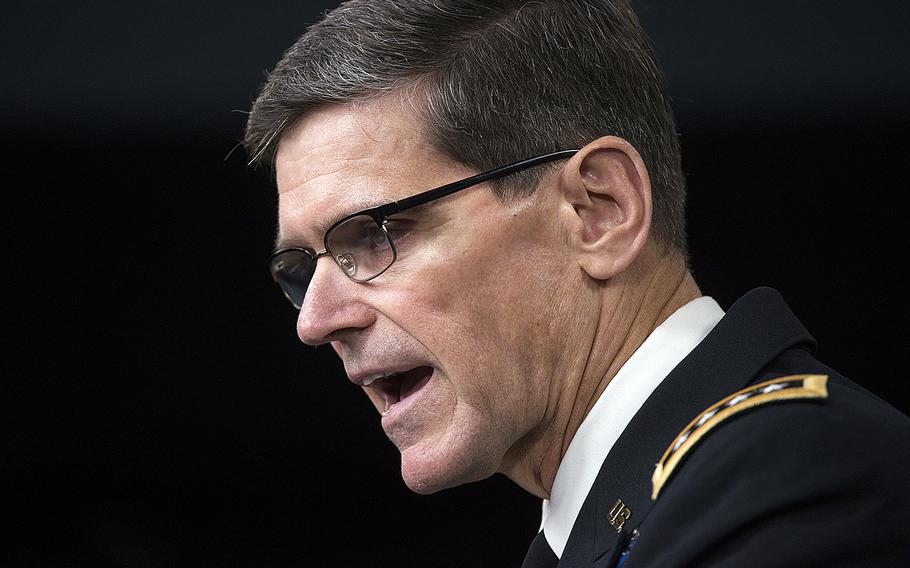 A weeklong wave of suicide attacks in Baghdad by Islamic State group militants appears aimed at forcing the Iraqi government to maintain substantial forces in the capital or even pull back some of them fighting the militants in order to protect the capital.

The attacks, which have killed nearly 200 people, are also likely to stoke public anger at the government for its inability to protect civilians at a time of political unrest over corruption and lack of reforms.

U.S. officials have sought to present the upsurge in terror attacks as a sign of the Islamic State group’s desperation over its loss of territory in Iraq and Syria.

The self-declared Islamic State caliphate has lost about 45 percent of the territory in Iraq and 20 percent in Syria that it won in the stunning offensive of 2014. In the past several months, Syrian and Iraqi forces have managed to recapture significant areas, including population centers such as Ramadi and Hit in Iraq and Palmyra in Syria.

“ISIS has always had two faces — one of conventional physical control of territory, and the other of unconventional operations aimed at disrupting the normal functioning of the Iraqi state,” military analyst Zoran Kusovac said, using an alternate term for the Islamic State group.

“ISIS has demonstrated it will always react to loss of territory through guerrilla or suicide operations.”

“I think they believe it will cause the Iraqi government to divert forces, divert effort, divert intellectual horsepower to solving those problems” rather than driving the militants from its stronghold in Mosul in northern Iraq, Votel was quoted by The Associated Press during a trip to the Middle East.

Col. Steve Warren, spokesman for the U.S.-led coalition fighting the Islamic State group, has said the Iraqi military would not shift its troops engaged in the Mosul campaign in order to reinforce Baghdad.

“If you want to stop these (bombings), you have to keep forces in the field,” in order to drive Islamic State forces out of Iraq.

Warren told Pentagon reporters Tuesday that the Islamic State group was trying to destabilize Baghdad to regain the advantage after its losses in northwest Iraq and in Syria.

Warren said the Islamic State group now has between 10,000 and 12,000 fighters in Iraq, with the majority of them concentrated around Mosul. About 1,000 of its fighters are located near Baghdad and could be using the nearby occupied city of Fallujah to launch more attacks in Baghdad.

The Islamic State has managed to pull off those attacks even though, according to Pentagon estimates, Iraq has already deployed half of its army and police in and around the capital. With Baghdad violence on the rise, It is unlikely that the government would be willing to shift significant forces away from the capital to accelerate the slow-moving campaign to retake Mosul or the occupied parts of western Anbar province.

The Iraqis had considered pulling some of the 31,000 Iraqi forces that the United States has trained back to Baghdad but the U.S. advised them to keep those forces in the field, Warren said.

However, Prime Minister Haider al-Abadi’s government is already under pressure from its Shiite political base for its failure to combat corruption and incompetence. It cannot afford to risk even more public outrage by failing to stop attacks in Baghdad.

Ed Blanche, a longtime Middle East analyst who writes on security issues from Beirut, Lebanon, said the government may eventually cave to pressure and reinforce the capital if Islamic State attacks escalate.

Blanche said the militants’ tactics were reminiscent of those of Abu Musab al Zarqawi, an al-Qaida leader who laid the foundation for today’s Islamic State a decade ago during the U.S. occupation of Iraq.

Al-Zarqawi, who was killed in a 2006 U.S. airstrike, targeted Shiite neighborhoods of the capital with terror attacks “in an effort to provoke a sectarian backlash against Sunnis that would drive them into the jihadists’ arms,” Blanche said.

“If ISIS can again provoke that kind of sectarian blood-letting ... it could cripple Abadi’s regime and splinter Iraq,” Blanche said.