Bad retention a good thing with 'Sons of Iraq' 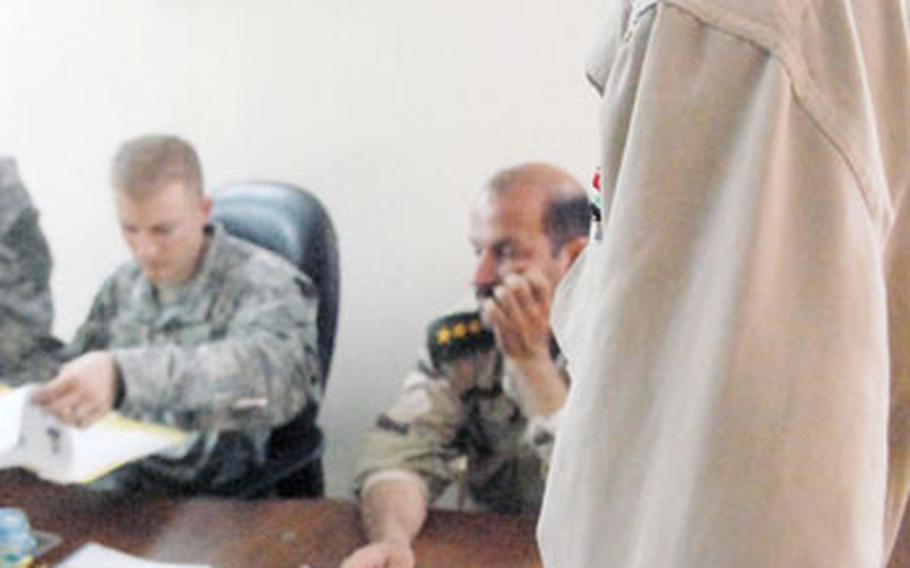 BAGHDAD &#8212; Soldiers in the Ghazaliya area of Baghdad are having a hard time signing up some members of "Sons of Iraq" to work for the Iraqi government. But in this case, it appears to be a good thing.

Many of the security volunteers are skipping the transition because they already have jobs lined up &#8212; not because they are angry at the government.

Shuja Naje Shake, a Ghazaliya "Sons of Iraq" leader, is representative of the trend. Twenty of the 230 people in his group are not interested in staying in "Sons of Iraq" when the Iraqi government takes over the program. Of those, seven are college students and five already work for a cell phone company. All cited time as the reason they chose not to continue.

"I prefer to be a student to complete my studies," said Mohammad Talib Abdullah, who&#8217;s studying Arabic in university. "It&#8217;s OK. I don&#8217;t have enough time to study and be a Ghazaliya Guardian."

The remaining eight with other jobs are more problematic. These men have government jobs. The Iraqi government does not allow someone to collect two government paychecks. Members in this situation must choose between the "Sons of Iraq" and their government job.

That&#8217;s the situation Abdullah Sadoon found himself in. He made $300 a month working nights at his "Sons of Iraq" job and 300,000 dinars a month, or about $275, driving a truck for the Ministry of Transportation during the day.

Those like Sadoon aren&#8217;t happy they can keep only one of their jobs. But that&#8217;s almost an enviable problem when many places are struggling to find just one job for each of the hundreds of "Sons of Iraq" members who could be left behind as leaders work to draw down the program. Units will be spending thousands of dollars on job training and civil works projects to keep that from happening.

By contrast, even most of those in Ghazaliya who are quitting are happy with the transition ahead.