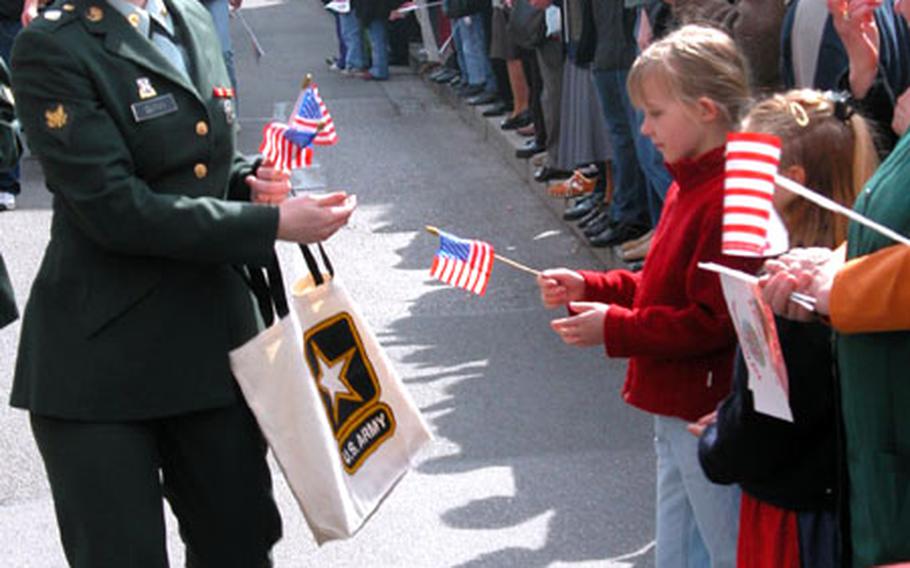 Spc. Courtney Quinn of the 105th Military Intelligence Battalion hands out flags Sunday during the Farewell Fest parade in Bad Aibling, Germany. The U.S. Army base there is closing after more than 50 years of American operation. (Charlie Coon / S&S)

Spc. Courtney Quinn of the 105th Military Intelligence Battalion hands out flags Sunday during the Farewell Fest parade in Bad Aibling, Germany. The U.S. Army base there is closing after more than 50 years of American operation. (Charlie Coon / S&S) 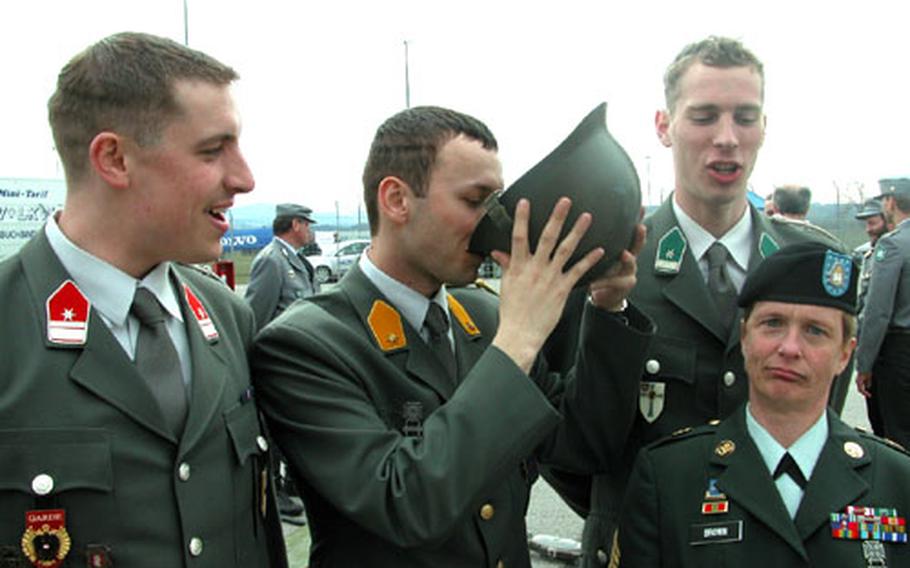 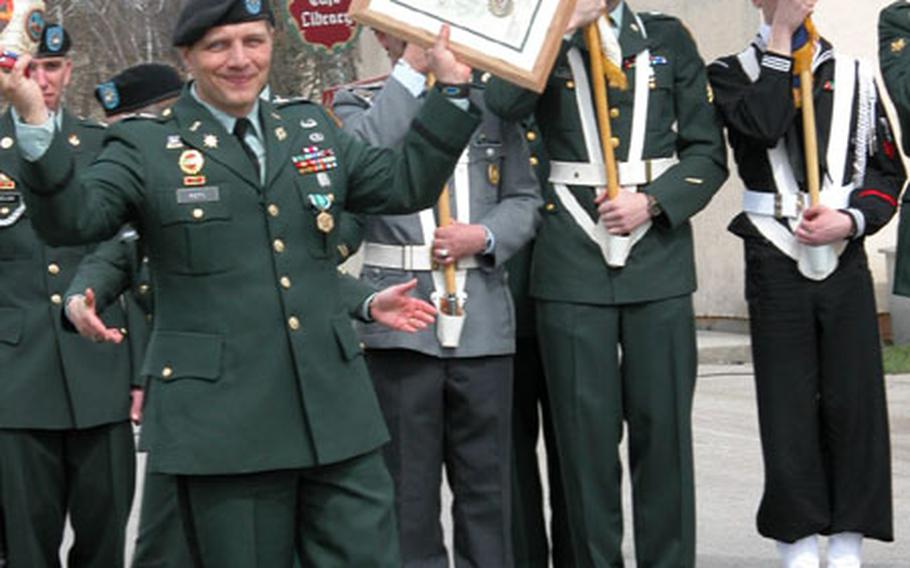 U.S. Army Capt. Helmut Riepl, former commander of the 401st Military Intelligence Company, shows a certificate of appreciation he received during Sunday&#39;s Farewell Fest at Bad Aibling Station, Germany. The Bavarian post will be closing on Sept. 30 after more than 50 years of American operation. Riepl, who was born in Germany, organized many events that brought together American, German and Austrian troops. (Charlie Coon / S&S) 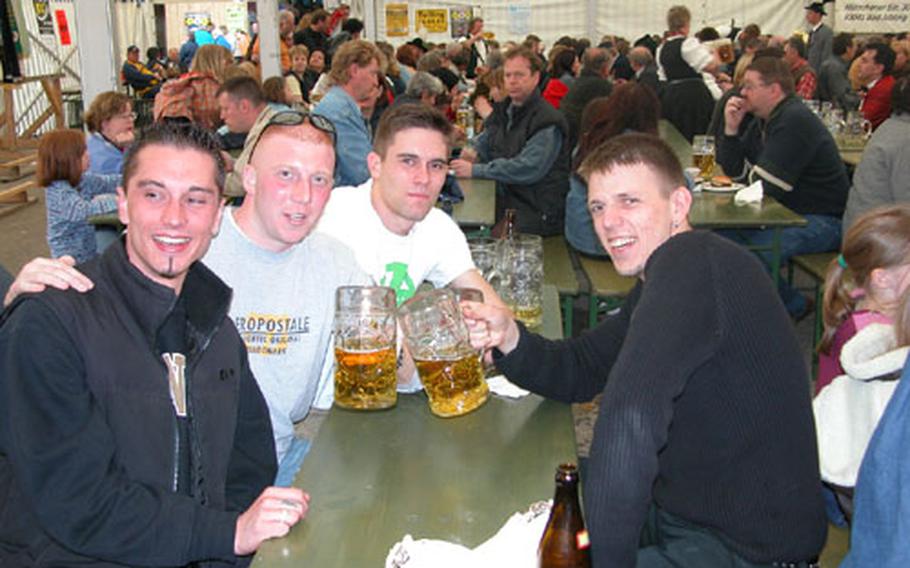 BAD AIBLING STATION, Germany &#8212; To hear the local Germans and Austrians tell it, Bad Aibling Station has been more about peace than war.

Since the small family is breaking up this summer with the closure of the former military intelligence base, the U.S. Army decided to throw one last party, a four-day farewell festival that wrapped up Sunday with a parade and fireworks.

The parade was symbolic of the relationship between the U.S. military and this community: An estimated 25,000 people turned out, and marchers included troops from Switzerland, Austria, Poland and other nations.

The farewell festival replaced the traditional July Fourth party that had been held for 47 years.

Christian Poitsch, a 42-year-old event promoter who has lived his whole life in Bad Aibling, acknowledged that the base has gotten bad German press because of its &#8220;spy&#8221; reputation.

After World War II the base was used to house refugees and orphans. The Americans took over in 1952. In 1958 U.S. troops started hosting the annual Fourth of July Festival, which this year was moved up to April.

The base is scheduled to close Sept. 30, Huggler said, but the drawdown has already begun. The peak population of more than 2,000 Americans has decreased to its current 800, and most of them will be gone by midsummer.

In addition to military staff, there are civilian staff, Department of Defense Dependents Schools workers and 117 local-national employees who are looking for new jobs.

Military weapons, vehicles and gear that were issued need to be inventoried and moved. A base-worth of furniture, telephones, computers, library books, kitchen and medical equipment and other assets have to be gathered up and dispersed. Buildings have to meet German codes before being turned over to the German government.

Felix Schwaller, the mayor of Bad Aibling, said the friendships to be lost would soon be replaced by anxiety over the future of 300-plus empty acres on the edge of town.

&#8220;We know very well we owe our freedom and democracy to the American forces,&#8221; Schwaller said. &#8220;The station here has always guaranteed our freedom and defense, and the economic factors we do not forget.

&#8220;It hurts a lot because we are uncertain what will happen to the installation. The German government hasn&#8217;t decided whether it will operate here or close it down.&#8221;

He said the Bundesnachrichtendienst, Germany&#8217;s intelligence service, might move some elements into Bad Aibling Station.