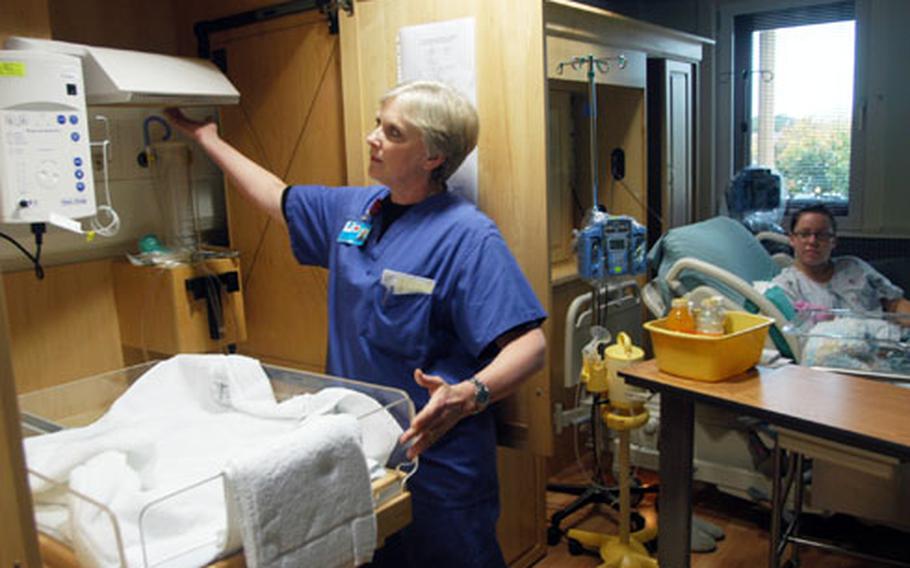 Capt. Vivian Newport, a nurse, pulls out a baby warmer from behind wooden cabinets inside one of seven new birthing rooms at the RAF Lakenheath hospital. (Photos by Charlie Reed/S&S)

Capt. Vivian Newport, a nurse, pulls out a baby warmer from behind wooden cabinets inside one of seven new birthing rooms at the RAF Lakenheath hospital. (Photos by Charlie Reed/S&S) 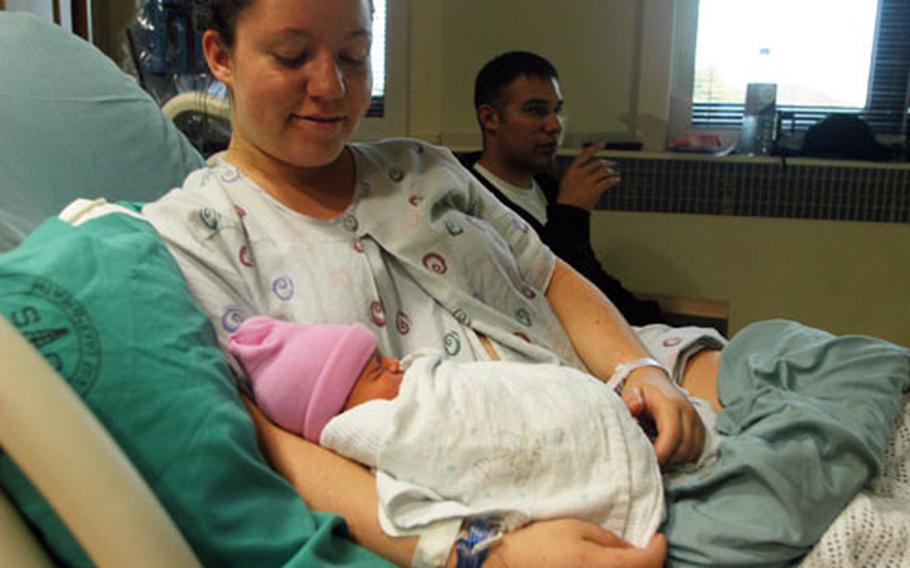 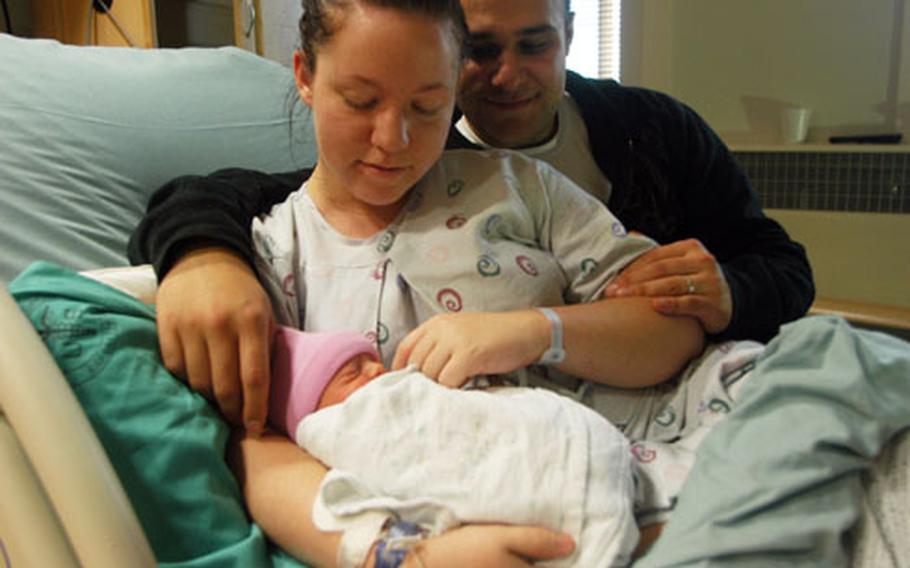 RAF LAKENHEATH-Following suit with civilian hospitals across the U.S., the base hospital here recently opened a new maternity ward that allows women to stay put in a single room before, during and after childbirth.

Designed to be both more comfortable for patients and more efficient for doctors and nurses, the LDRP rooms are a "one-stop shop from the time you come in to deliver," said Col. Kenneth McDonnell, 48th Medical Group commander.

About 65 percent of the 5,000 community hospitals in the United States are equipped with LDRP or LDR rooms, according to the American Hospital Association.

It&#8217;s a trend that started in the 1980s when hospitals began moving toward "family-centered maternity care," said Bonnie Connors Jellen, director of maternal and child health for the AHA.

"It&#8217;s almost an imperative that hospitals make this transition because &#8230; it&#8217;s pretty much a patient expectation at this point," she said.

With soft blue-green walls, hardwood floors, adjustable lighting and specially designed wooden cabinets that hide equipment not in use, the LDRP rooms at Lakenheath are cozy compared to traditional hospital digs.

And as opposed to the old ward configuration that sometimes forced women to share rooms after giving birth, the LDRP rooms provide a private setting for parents to bond with their new babies.

On average, between 40 and 60 babies are born at the hospital every month.

First-time mom Ashley Keefer, who delivered her daughter about a month early in late October, said the new all-in-one setup was particularly comforting.

"It&#8217;s been really good, especially since she came so early," said the 21-year-old mom as she held her daughter, Audrey, with husband, Airman 1st Class Eric Keefer at the bedside.

"It was great not having to move. It made it less stressful," said Keefer, who suffered from high blood pressure during her pregnancy and did not take Lamaze classes. "The privacy was really nice, too."

Instead of packing up to move rooms after the birth, the Keefers were able to learn all the techniques for caring for Audrey &#8212; from breastfeeding to how to wrap her in blankets &#8212; in the same room where she was delivered.

"It gives them the chance to nest a bit," said Dr. (Maj.) Ngozi Wexler, an ob/gyn at Lakenheath. "I think it decreases patients&#8217; anxiety when [the rooms] are soothing."

For Wexler, the high-powered spotlights built into the rooms&#8217; ceilings are among their top feature and allow her to do minor postdelivery procedures that were at times impossible in the old rooms.