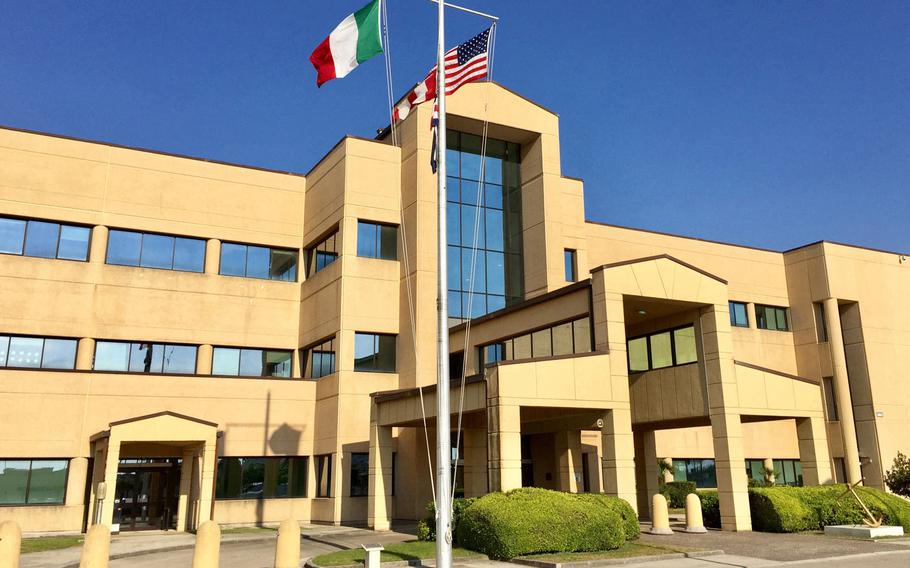 Buy Photo
The Defense Department plans to scale down the $42 million U.S. Naval Hospital Naples, Italy, to primarily an outpatient clinic by Oct. 2018. However, medical officials say the facility will continue to provide delivery services for low-risk births. (Scott Wyland/Stars and Stripes)

NAPLES, Italy — Aviano’s Air Force hospital will no longer deliver babies, while the Navy hospitals in Naples and Sigonella will continue to handle low-risk births after the facilities are converted to outpatient clinics next year.

The announcements this month come as military health leaders look to curb medical costs in underused base hospitals, spurring concerns among many American residents that they will be sent to local Italian hospitals they distrust for most of their care.

Navy officials had previously said that the hospitals would be converted to outpatient clinics by Oct. 2018 but hadn’t announced a decision on maternity care, which generally requires inpatient services.

That left some Americans worrying that their only option for having children would be at Italian hospitals, where language barriers, less pain management and differences in care are common.

“We’re going to continue to have 24-hour operations for our moms and babies,” said Capt. Steve Blivin, commanding officer of the Naples base hospital.

Navy facilities will refer other procedures that require an overnight stay to Italian hospitals or to a larger U.S. military hospital, such as Landstuhl Regional Medical Center in Germany.

Meanwhile, the Air Force will scrap maternity care at its Aviano hospital.

“Once the transition takes place, care such as obstetrics, labor and delivery and inpatient surgery will all move to off-base Italian hospitals,” said Larine Barr, spokeswoman for the Air Force surgeon general.

Italy’s three military hospitals lack the overnight stays to justify the cost of keeping them staffed around the clock, defense health officials said after they announced plans for the hospitals’ downsizing in 2016.

Blivin said the Naples hospital would retain most of its medical staff and would expand its team of liaisons, who translate and advocate for patients off base, to six, from the current two. That team should grow even more as the Defense Health Agency hires liaisons through a pilot program, he said.

“The Navy does not anticipate any cost savings” in Naples after the downsizing, Blivin said.

The bulk of care is same-day treatments done on base and shouldn’t change substantially, he said.

Of the 73,000 admissions last year, 1,300 patients were sent to Italian hospitals, Blivin said. Births were split almost evenly, with 148 delivered at Italian hospitals and 134 handled on base.

The Euro Health Consumer Index, which annually compares health systems based on patient rights, accessibility and outcomes, ranked health care in northern Italy, where Aviano is located, considerably higher in patient satisfaction than in southern Italian areas such as Naples and Sigonella.

Blivin said most patients in surveys give high ratings to the care they received at Naples hospitals. Italian hospitals work with the Navy on how to better accommodate expecting mothers and other patients, he said.

Kimberly Francis, a sailor’s spouse, said she was glad to hear on-base birthing would continue in Naples but that she still won’t have a baby here if there’s a chance a complication will put her in an Italian hospital.

“The thing about birth is it’s unpredictable,” said Francis, who worked U.S. as a doula guiding and comforting mothers during child birth. “(If) I’m in an emergency situation … they may not have that kind of time to transfer; therefore they should really be equipped to deal with it all.”

Patients with birth complications have been routinely transferred to Italian hospitals for care in recent years, Navy medical officials said.

“There is nothing wrong with the hospital service out in town,” she said. “Babies are born in Italy every day.”