B-52s arrive in Europe for exercises 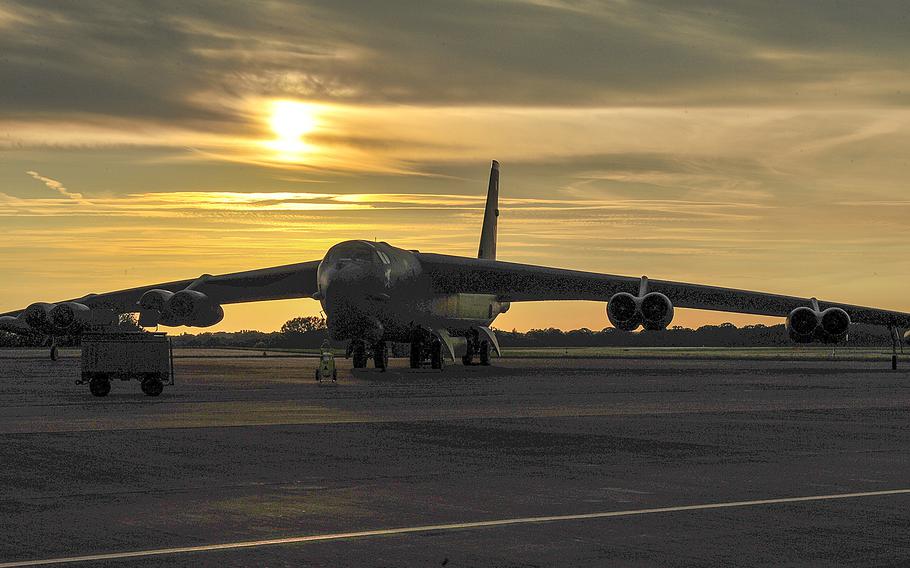 STUTTGART, Germany — Two U.S. Air Force B-52 Stratofortress bombers arrived on Thursday at Royal Air Force Fairford, United Kingdom, with a third on the way to take part in a series of military drills in Europe and Africa, U.S. European Command said.

The deployment marks the third year in a row that the strategic bombers have been dispatched to Europe, where they will take part in exercises such as Saber Strike 16 and BALTOPS 16. In Africa, the bombers will join AFRICOM’s Just Hammer exercise.

The B-52s also will paticipate in the upcoming Berlin Air Show.

“Bomber operations ... provide a visible demonstration of the U.S.’s ability to project power globally and readiness to respond to any potential threats or adverserial challenges,” EUCOM said in a statement.

During the past two years, the U.S. has stepped up the pace and size of its exercises in Europe, moves made in the wake of Russia’s 2014 intervention in Ukraine.