B-2 crews adjusting to Guam rotation 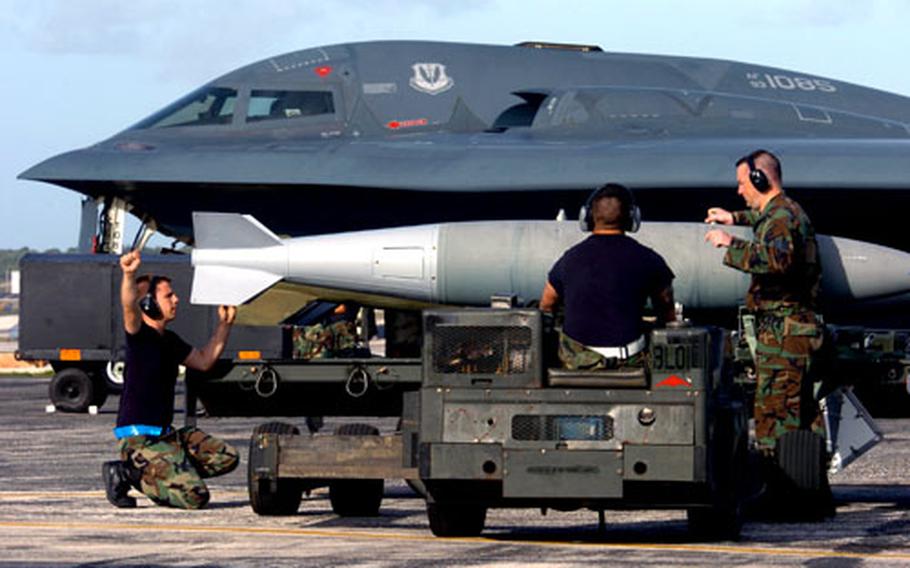 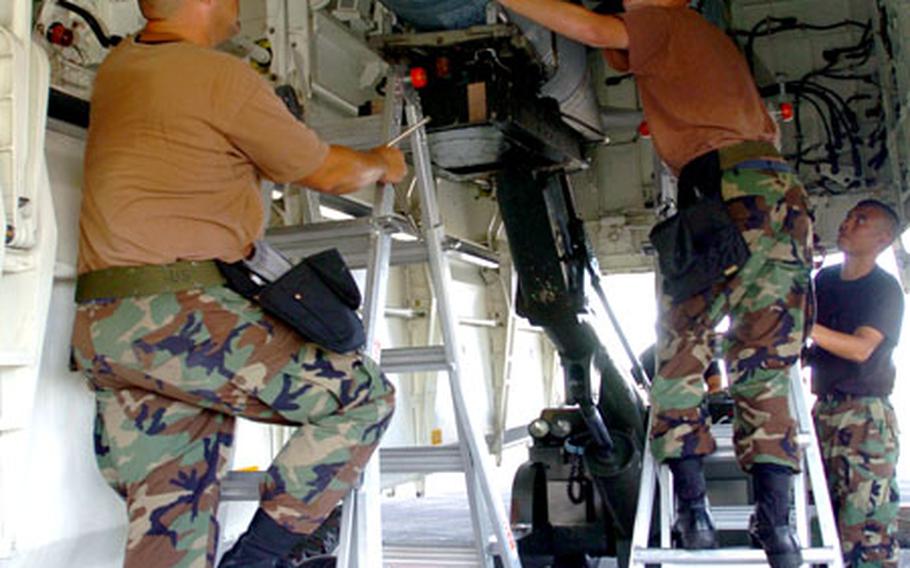 A tiny rock in the Pacific is hosting one of the Air Force&#8217;s stealthiest planes.

Four B-2 Spirit bombers and more than 250 airmen from the 509th Bomb Wing at Whiteman Air Force, Mo., are deployed to Andersen Air Force Base, Guam, as part of a continuous bomber rotation to maintain regional security that began with B-52s in February 2004.

This deployment is the first time the B-2 has deployed &#8212; to the Pacific or anywhere &#8212; as an Air Expeditionary Force, Basham said.

Flying out of Guam, as well as several other B-2 forward-operating locations around the world, allows the bomber to generate more sorties on certain missions, Basham said. The B-2 &#8220;can fly from Missouri to anywhere in the world, strike and return to Missouri,&#8221; he said, &#8220;but the trade-off is you have to fly fewer sorties. If you&#8217;re closer to a potential adversary, the greater number of sorties.&#8221;

Most current operations have focused on local training, Basham said, and on Guam there are numerous lessons to learn.

For the more than 20 aviators who co-pilot the B-2, Guam has opened the door wide on training opportunities while posing unique challenges, from rain-slick runways to fewer back-up airfields for emergency landings.

Capt. Justin Amann said most of his two years piloting the B-2 have been spent stateside, where most flying follows planned routes from Whiteman to Point B and back home again.

Weather is a factor in any environment but pilots pay it extra heed flying over the Pacific, where divert options are few and far, Amann said.

Those flights &#8220;not only ensure we&#8217;re ready to fly at any time longer sorties, but also shows the capability to fly long sorties out of Guam,&#8221; Basham said.

The bombers have dropped inert weapons over a nearby training range and simulated the employment of its precision-guided weapons, such as the 500-pound Joint Direct Attack Munitions bombs. The B-2 can carry up to 80 JDAM at a time, Basham said. &#8220;That allows us to go up against 80 different targets. That has been a fantastic capability to exercise out here,&#8221; he said.

Loading the inert bombs and checking the B-2 weapons system are maintainers such as Staff Sgt. Justin Leach, a B-2 weapons team chief.

That&#8217;s been the only challenge for the weapons&#8217; loaders, Leach said, besides working in hot, humid conditions.

The mechanics who maintain the aircraft have encountered different challenges, such as frequent washings at a base without a wash facility designed specifically for the B-2, according to an April 8 Air Force Link news story. Maintainers are required to rinse the aircraft after every other flight to prevent corrosion in Guam&#8217;s salty, moist air. At Whiteman, the aircraft are washed every 120 days.

To wash the B-2s, the mechanics learned to use a lift truck to rinse the aircraft&#8217;s top area, according to the Air Force Link report.

Leach said this deployment will pave the way for future airmen with lessons learned. &#8220;We can tell them what they need for the next one.&#8221;