AWOL soldier to turn himself in to military in Calif. 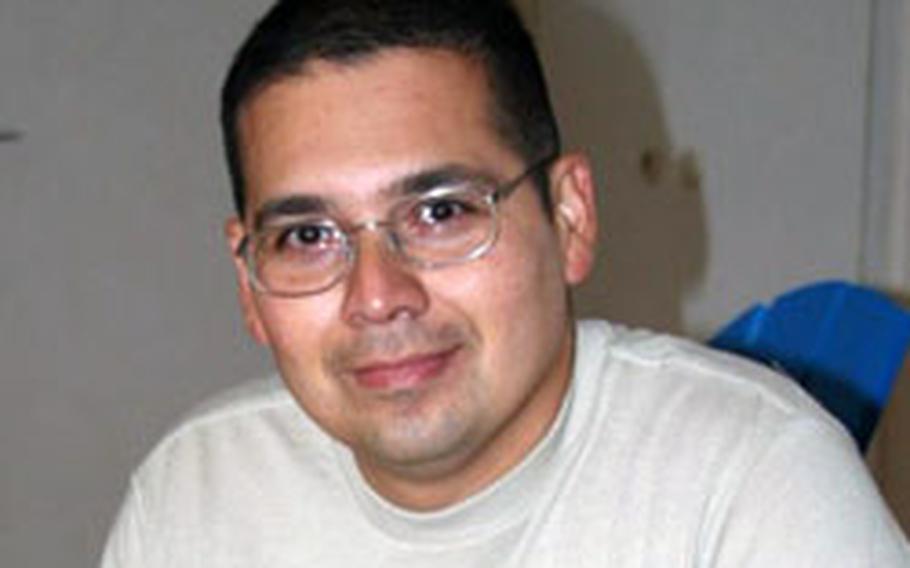 Spc. Agustin Aguayo, a medic with the 1st Battalion, 18th Infantry Regiment in Schweinfurt, Germany, is expected to turn himself in after going AWOL rather than deploy to Iraq. (Courtesy photo)

A U.S. soldier who disappeared from his Schweinfurt, Germany, base earlier this month to avoid being sent to Iraq was expected to turn himself in to authorities Tuesday in California.

Spc. Agustin Aguayo, a medic from the 1st Battalion, 18th Infantry Regiment, was scheduled to take part in a series of orchestrated public events prior to handing himself over to military police at Fort Irwin, Calif., according to a release from the group helping organize the events, American Voices Abroad.

Aguayo disappeared more than three weeks ago when he fled through a bedroom window at his home to avoid being put on a plane to Iraq with his unit.

The 34-year-old has sought status as a conscientious objector since early 2004, when he was first sent to Iraq with the 1st Armored Division. His application for that status was denied, and a subsequent civil lawsuit to overturn the decision was unsuccessful.

On Tuesday, Aguayo and members of his family were scheduled to speak at a church in Los Angeles prior to traveling with a caravan of supporters to the base, where a rally in support of his cause was also planned, the release reads.

Simultaneously, Aguayo&#8217;s lawyers were expected to file a brief in the appeal of his unsuccessful civil lawsuit against the Army for denying his conscientious objector application.

Tuesday&#8217;s events were scheduled to take place less than a week before the Army could change Aguayo&#8217;s status from absent without leave to that of deserter, a distinction that can carry harsh punishments in the military in times of war, including the death penalty.

On the day he disappeared &#8212; after missing his scheduled deployment on Sept. 1 &#8212; Aguayo attempted to turn himself in to military police in Schweinfurt to face the consequences. Instead, a pair of soldiers was sent to escort the medic from his home to the airport to deploy, and Aguayo absconded through the bedroom window.