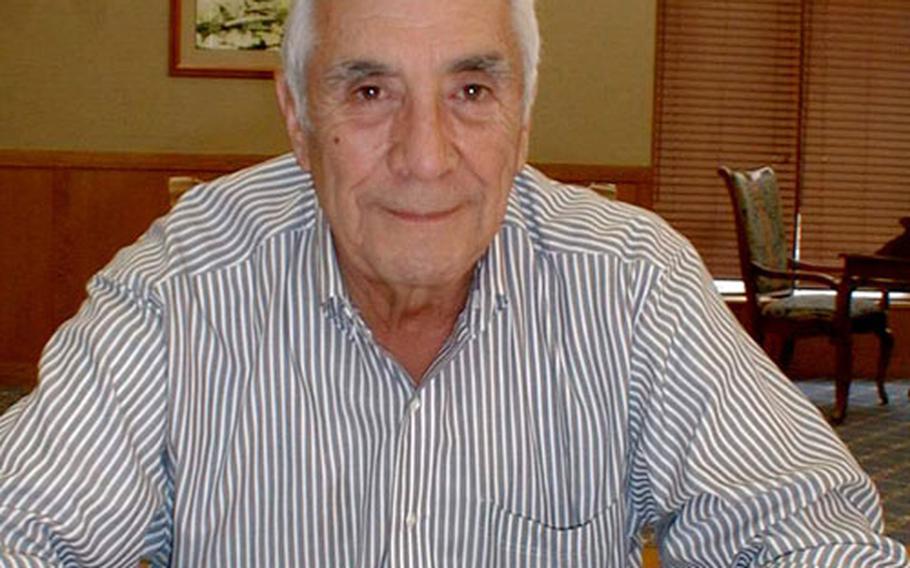 MISAWA AIR BASE, Japan &#8212; If it was an honest answer he wanted, retired Lt. Gen. Leo Marquez said, he always knew who to turn to during most of his 33 years of service in the Air Force.

Marquez came to Misawa&#8217;s Tohoku Enlisted Club to attend a banquet Friday evening honoring the logistics professional of the year.

After the Albuquerque, N.M., resident retired in 1987 as a three-star general, the Air Force honored him by naming the prestigious maintenance awards in his honor.

Trained to be an Air Force fighter pilot, he flew F-102 fighters at Bitburg Air Base, Germany, until 1962, when a medical condition grounded him. He then attended an Air Force maintenance school in Illinois.

After attaining the rank of lieutenent general, Marquez was named deputy chief of staff for logistics and engineering at Air Force headquarters in 1983 &#8212; a posting that let him change how the Air Force developed new generations of aircraft and procured parts, and let him lobby for better-trained maintenance troops.

During the 70s, Marquez said, the Air Force was developing a new generation of airplanes that required intensive maintenance.

&#8220;Engineers used to tell me airplanes flew because they obeyed the natural law of physics and dynamics,&#8221; he said.

He said he strived to improve flightline maintenance troops&#8217; working conditions and practices: &#8220;We made sure they got additional training beyond basic technical schools so they are more valuable to the Air Force, and to themselves.

&#8220;I was pretty single-minded about it. My primary responsibility was to make it easier for them to do their jobs.&#8221;

He said he&#8217;s proudest of the Research and Maintenance 2000 program, begun in the 1980s to rid sophisticated fighters of inferior parts. The program&#8217;s goal: Make Air Force aircraft electronic equipment as reliable as possible by 2000. Marquez called it &#8220;the best thing we ever did.&#8221;

He ordered many of those specifications replaced with ones assuring better reliability.

Marquez said he was pleased with how maintenance workers made it possible for the Air Force to launch thousands of sorties during Operation Iraqi Freedom.

He did, however, voice concerns about the Air Force&#8217;s aging fleet of fighter, tanker and cargo aircraft.

Another pressing concern, he said, is th need for more new cargo aircraft like the C-17 and a replacement for the venerable KC-135 aerial tankers.

Asked if he&#8217;s pleased with how his successors are running the Air Force since he retired 16 years ago, Marquez had a succinct answer.