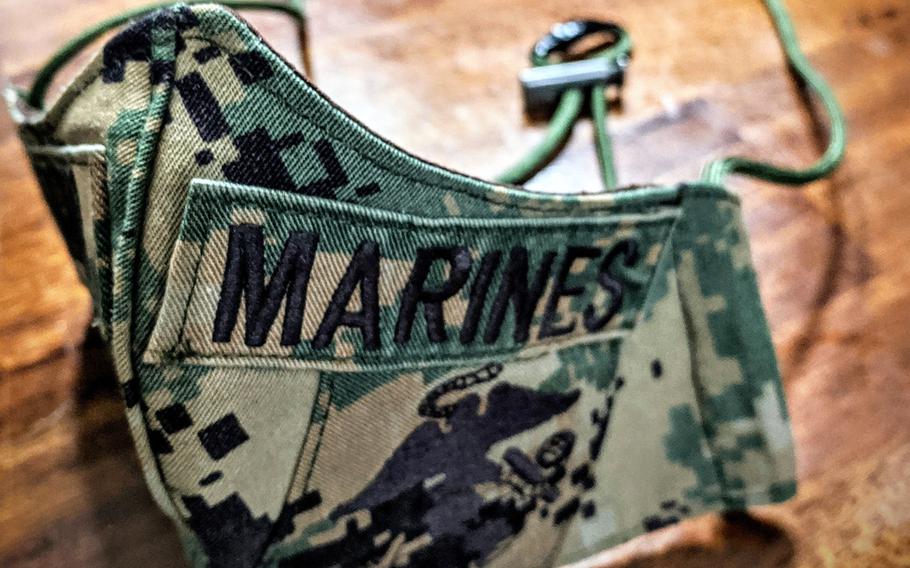 Protective face coverings are mandatory in many closed settings across the U.S. military as one measure aimed at curbing the spread of coronavirus. Manufactured masks are in short supply and the military has approved versions of the homemade variety.

The use of uniform materials to make custom masks has been popular among service members after photos and instructions on how to create the masks were shared on military-oriented social media sites.

However, Marines face possible “toxicological exposure to permethrin via inhalation,” if they wear face protection made from camouflage uniforms treated with the potent insecticide, according to an April 8 post on the III Marine Expeditionary Force, Okinawa, official Facebook page. III MEF posted the warning based on a Defense Department safety bulletin, according to the message.

Permethrin protects troops from diseases such as mosquito-borne malaria and West Nile virus and tick-borne Lyme disease, while in garrison, training and in non-combat deployed environments worldwide, according to the Army Public Health Center.

Vance Air Force Base in northwest Oklahoma, one of five pilot training bases, shared a graphic on its Facebook page April 11 cautioning airmen to avoid using material such as flight suits that may have been treated with fire retardant chemicals. It also advised against using uniforms treated with permethrin.

Breathing in permethrin can irritate the nose and lungs, and cause difficulty breathing, headaches, dizziness, nausea and vomiting, according to the National Pesticide Information Center website.

While not all uniforms are pretreated with permethrin, those that have been can be identified by a tag inside the garment that identifies it as insect-repellent apparel.

According to the post from III MEF, making masks out of uniform fabric that does not contain the insect repellent is OK.