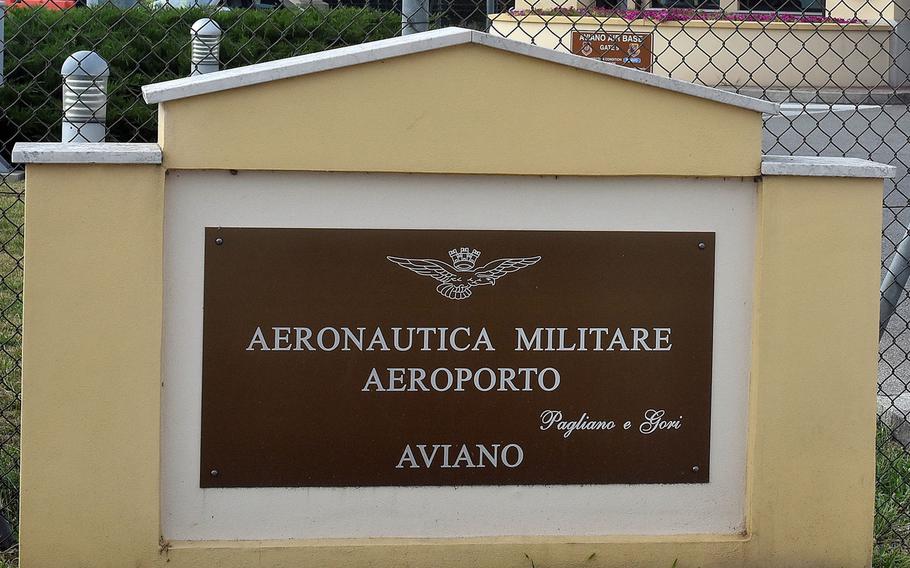 Buy Photo
The Italian sign at the main gate of Aviano Air Base, Italy. A Moroccan national working for an Italian company on a project directed by the Italian Air Force was critically injured Thursday afternoon in an accident on base. (Kent Harris/Stars and Stripes)

AVIANO AIR BASE, Italy — A Moroccan national working for an Italian company on a project directed by the Italian Air Force was critically injured in an accident on base Thursday afternoon.

“The injured person is an employee of an Italian company in charge of carrying out reconstruction work on the taxiways connecting the aircraft parking areas to the runway,” according to a statement issued Friday by the Italian air force via the 31st Fighter Wing.

Media reports by Messaggero Veneto and Il Gazzettino said the worker was crushed by the bucket of a truck. He was treated for his injuries and taken via helicopter to a hospital in Udine, where he was listed in critical condition, according to the reports.

An investigation is ongoing, according to the Italian air force statement, which also credited base and Italian emergency personnel for their quick response.