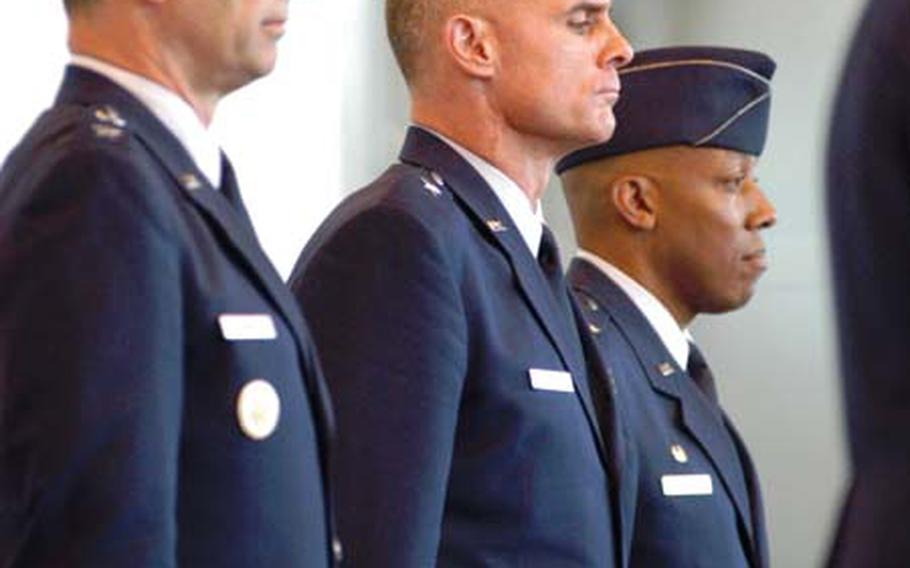 AVIANO AIR BASE, Italy &#8212; When Charles Q. Brown Jr. was a high school senior, he received the following words of wisdom from his father, an Air Force officer: "Four years in the military won&#8217;t kill you."

That was in 1980. Fast forward to Tuesday, and Charles Q. Brown Sr. watched his son assume command of the 31st Fighter Wing from Brig. Gen. Craig Franklin.

A colonel, Brown will soon wear his first star. His father and uncle, Robert E. Brown, both retired as colonels and had front-row seats at the ceremony.

Brown comes to Aviano from a job in the Pentagon where he supervised a 22-person analysis team. He has previous wing leadership experience, serving as the commander of the 8th Fighter Wing in South Korea.

But, as Maj. Gen. Mark Zamzow &#8212; vice commander of the 3rd Air Force &#8212; pointed out in his remarks, there aren&#8217;t many one-star billets with profiles as high as Aviano. Brown takes over a command of about 3,500 airmen at a base known throughout Italy and the nearby Balkans. Aviano has taken a lead role in numerous missions in the volatile area in the past few decades.

Franklin is scheduled to receive his second star and take command of the 332nd Air Expeditionary Wing in Balad, Iraq.

Franklin said he and Brown have been stationed at the same bases twice before and that if he could have picked his successor, he would have selected Brown.

Brown will be joined in Aviano by his wife and two sons later this summer.