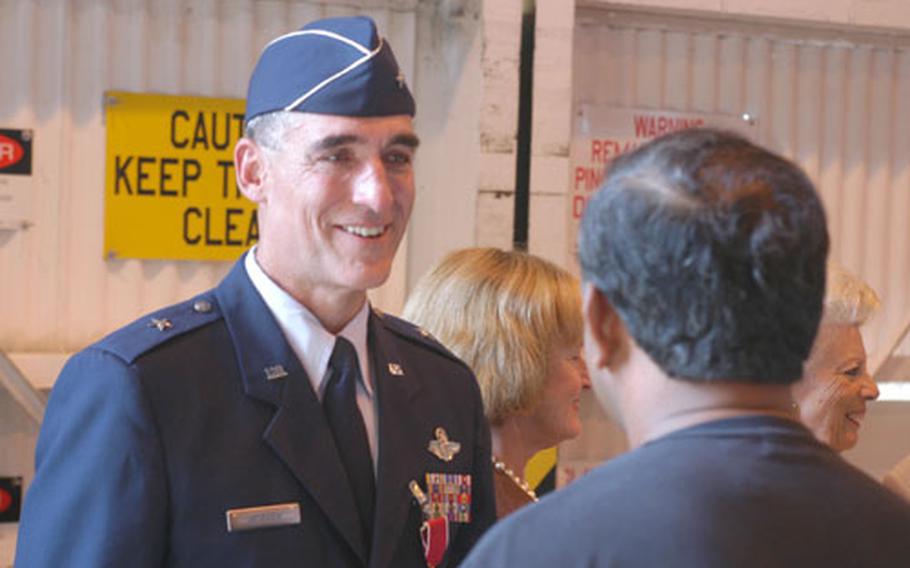 Brig. Gen. Mike Worden, the outgoing commander of the 31st Fighter Wing at Aviano Air Base, says farewell to a long line of well-wishers after Worden gave up command of the wing Friday. (Kent Harris / S&S)

Brig. Gen. Mike Worden, the outgoing commander of the 31st Fighter Wing at Aviano Air Base, says farewell to a long line of well-wishers after Worden gave up command of the wing Friday. (Kent Harris / S&S) 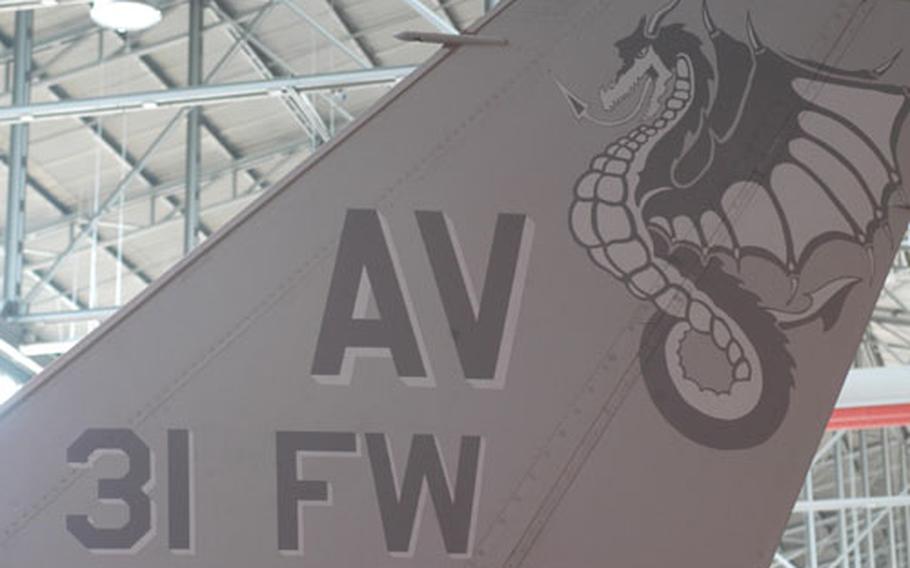 The tail of the F-16 dubbed the "flagship" of the 31st Fighter Wing displays the dragon mascot while parked in a hangar on Aviano Air Base, Italy, during the wing&#39;s change-of-command ceremony Friday. (Kent Harris / S&S)

Worden is headed to the Pentagon to serve as director for operational plans and joint matters and deputy chief of staff for Air and Space Operations for the Air Force.

Lt. Gen. Glen Moorhead, the commander of the 16th Air Force, joked that the Air Force searches hard to find leaders that can lead airmen in the field, then ships them away.

But Moorhead, whose headquarters is also at Aviano, said Breedlove brings necessary skills to the job. He&#8217;s a command pilot with more than 3,200 flying hours, mostly on the F-16.

At Luke, he was used to a lot of construction and cleanup &#8212; the base was the first Air Force facility to be removed from the Superfund list during his tenure. Aviano&#8217;s the site of one of the largest ongoing military construction projects in the world.

And, as commander of a base (Luke) that turns out hundreds of fighter pilots and crew chiefs each year, Breedlove has already worked with dozens of airmen assigned to Aviano.

&#8220;I do understand your sacrifices and on behalf of an unknowing America, I thank you for who you are and what you do,&#8221; he told the airmen assembled.

Worden said he was proud of the time he spent at Aviano, pointing out that more than 40 percent of the wing had been deployed downrange at various points. More than 14,000 Army personnel came through the base on their way to Southwest Asia. And the base has picked up a handful of Air Force and DOD awards for various areas of excellence.