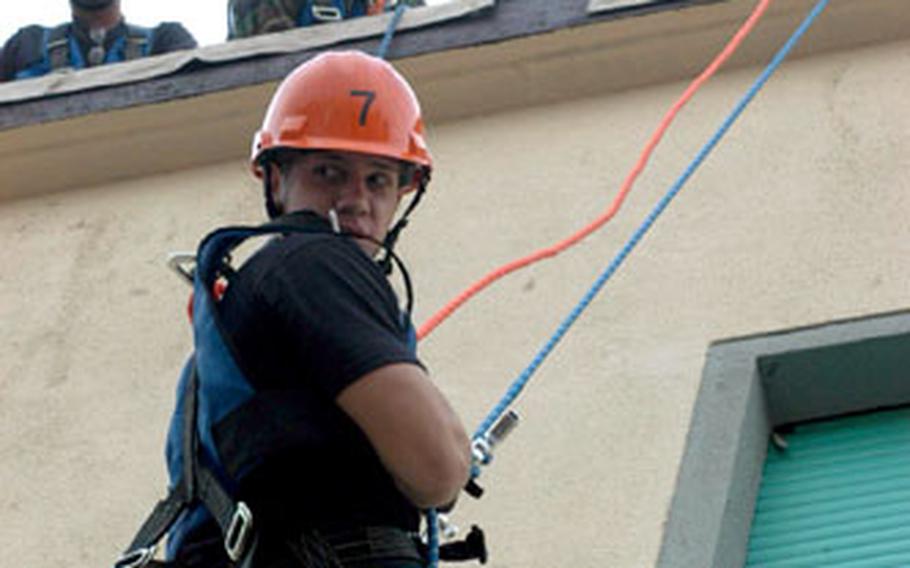 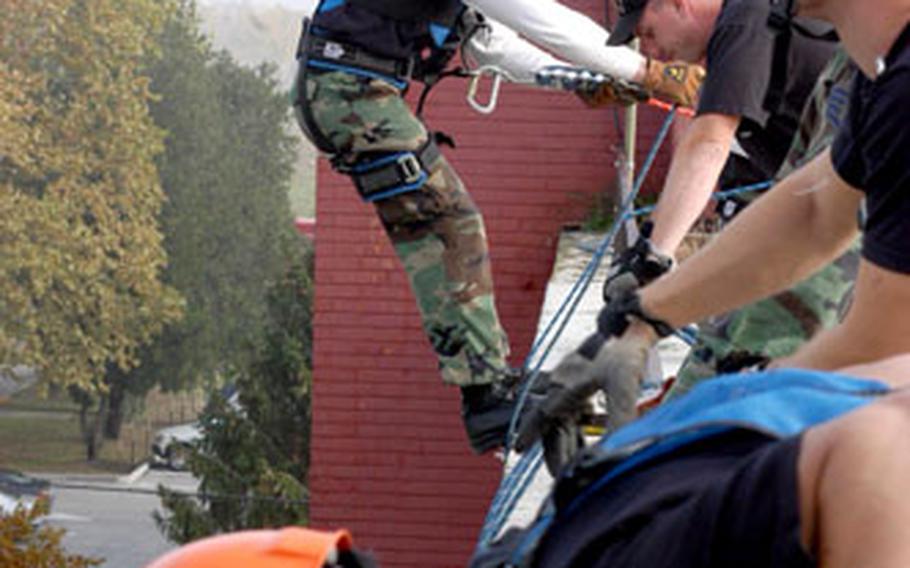 Aviano Air Base firefighters rappel down a building on base Wednesday. (Kent Harris / S&S) AVIANO AIR BASE, Italy &#8212; Servicemembers train constantly to acquire and maintain skills they might need to survive on the battlefield.

And then there are times they train for battles of a different sort.

That&#8217;s the case for 20 firefighters undergoing a three-week course in rescue techniques at Aviano.

A three-man team from the 38th Construction and Training Squadron from Ramstein Air Base, Germany, is conducting the training. Tech. Sgt. Doug Benton, the squadron&#8217;s lead instructor, said his unit is one of only two certified to conduct such training in the U.S. military. The other unit is at Goodfellow Air Force Base, Texas, site of the military&#8217;s firefighting academy.

Fire chiefs need a certain percentage of their force trained as qualified rescue personnel in case of an actual emergency, Benton said. The training consists of four subjects: auto extraction, rappelling, confined spaces and using the Incident Management System &#8212; a structured process to deal with an incident.

Benton said the squadron conducts about seven such courses every year, hosting about half of them at Ramstein. Other courses have been taught at Air Force bases around Europe. The squadron also will be teaching courses for Navy firefighters at Rota, Spain, in January and will travel to Guam to teach a course in the spring.

&#8220;The benefit is that we get to come here and teach them here at their facilities using something they might be using for a rescue,&#8221; Benton said.

Cadman, who has taken the course before, said the training seems to be different each time.

Not that he expects to be using his rappelling skills to rescue anyone anytime soon.

The biggest risk of injury Wednesday appeared to be from community members straining their necks to watch the firefighters hanging from ropes on the four-story building next to the base bank and credit union.