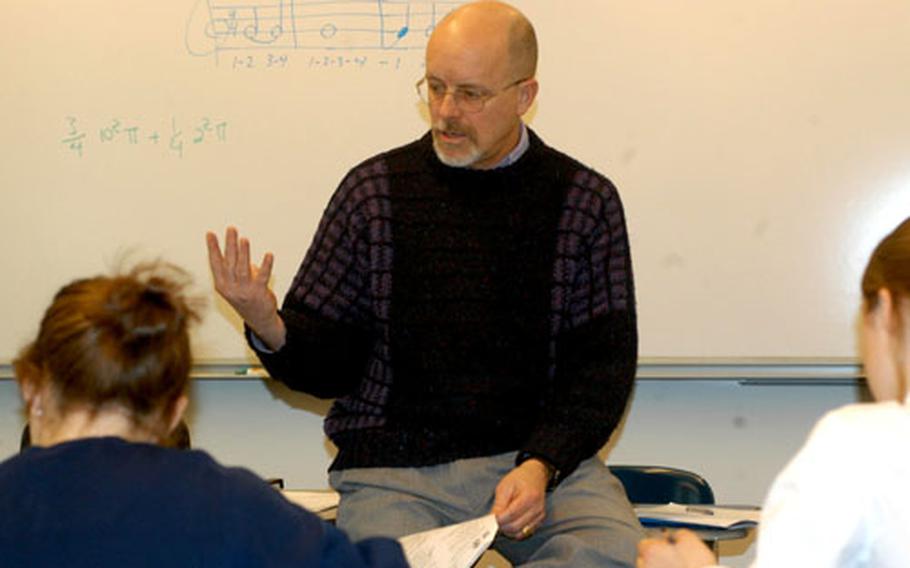 AVIANO AIR BASE, Italy &#8212; Doug McEnery flashes a smile when asked about what appears to be a trend at Aviano High School.

McEnery, who arrived in Aviano in 1999 after almost two decades at schools in Germany and Japan, is one of those teachers himself. He co-teaches a college prep class with Alan Scharff.

McEnery says that being a principal of a small school &#8212; Aviano&#8217;s official enrollment is 285 &#8212; allows him to spend some time in the classroom. That, in turn, might help him relate better to his teachers.

Page, who also credited her award to the staff and students at the school, said McEnery has been a good mentor.

McEnery started honing that skill early on in his DODDS career. He earned a master&#8217;s degree in counseling from the University of Kansas while working at his first teaching job in Oskaloosa, Kan.

McEnery came to the American school at Hahn Air Base in Germany in 1980 as a counselor, holding that position for eight years before becoming the school&#8217;s assistant principal. He then went to Berlin as assistant principal and helped close that school. McEnery spent two years at Vilseck before getting his first principal&#8217;s job at Yokota Air Base in Japan. That school had more than 700 students, so coming to Aviano was an adjustment.

Students&#8217; achievement test scores at Aviano also generally are above school goals, he said, adding that those results and high marks from inspections probably helped him receive the award.

He attributes those successes to the students and staff.