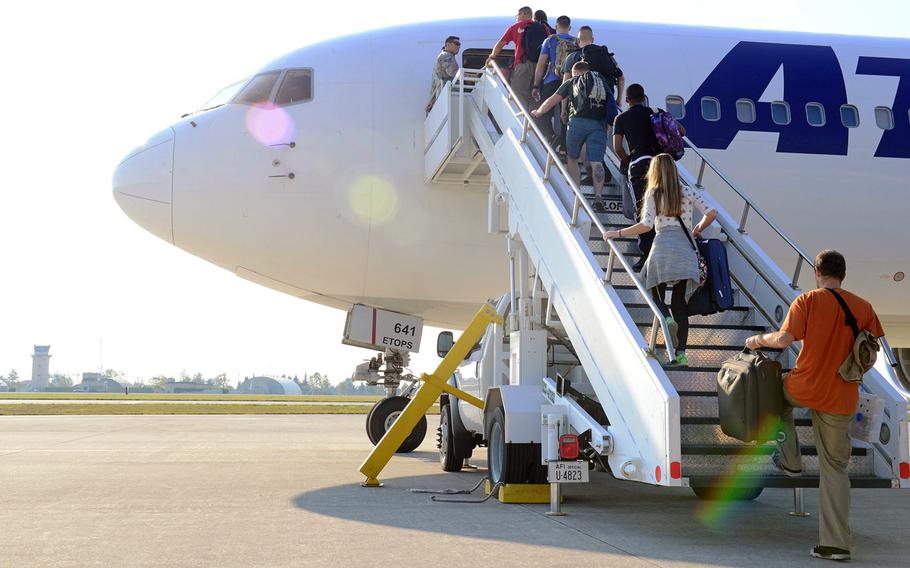 Space-available flights are slated to resume at Aviano Air Base, Italy, this spring on a trial basis. The route will go from Baltimore to Ramstein Air Base, Germany, to Aviano and ending at Al Udeid, Qatar. It will follow the same route in reverse. (R.J. Biermann/U.S. Air Force)

Space-available flights are slated to resume at Aviano Air Base, Italy, this spring on a trial basis. The route will go from Baltimore to Ramstein Air Base, Germany, to Aviano and ending at Al Udeid, Qatar. It will follow the same route in reverse. (R.J. Biermann/U.S. Air Force) 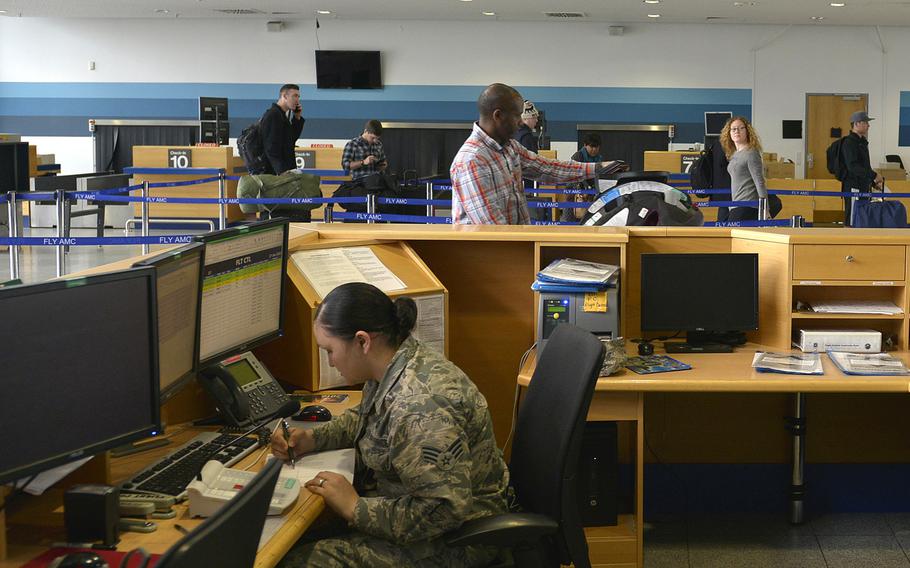 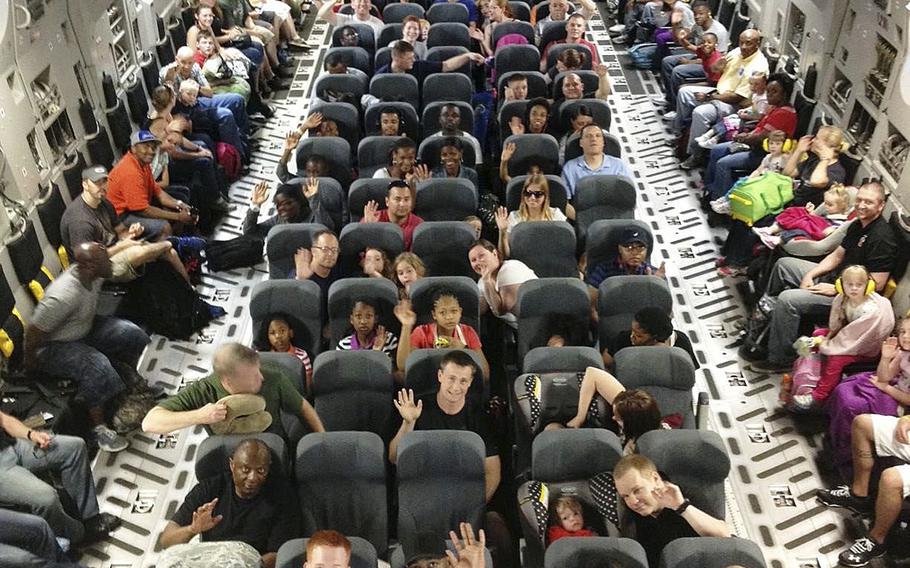 A cargo plane flight of 131 travelers heads toward the United States via space-available travel in this undated photo. (Ramstein Passenger Terminal Facebook page)

AVIANO AIR BASE, Italy — Routine passenger flights to Aviano Air Base are slated to resume this spring, at least temporarily, bringing the possibility of regular space-available travel to the Italian base more than two years after it was discontinued.

From April to September, U.S. Transportation Command will run a “proof of principle” test of a Patriot Express rotator to and from the base at the foot of the Italian Alps, AMC spokesman Capt. Mark Graff said Monday. Depending on the results, the route could become permanent.

A weekly run of the military chartered service from Aviano to Germany was cut in the fall of 2016, after which servicemembers on permanent change of station orders and their families had to fly on commercial airlines into and out of Marco Polo International Airport in Venice. The cancellation also brought an end to a regular flight that was nearly free for leisure travelers eligible to fly on a space-available basis.

The proposed test of the service’s return to Aviano is expected to offer a minimum two flights a month, said Maj. Dave Dunn, a spokesman for TRANSCOM. The planned route is from Maryland’s Baltimore/Washington International Thurgood Marshall Airport to Ramstein Air Base, Germany, on to Aviano, and ending at Al Udeid Air Base, Qatar. Return trips follow the route in reverse.

The test, which is the only one TRANSCOM has planned for this year, will be used to help determine whether the ridership volume justifies permanent reinstatement of the route, Dunn said via email.

“USTRANSCOM will evaluate a possible permanent route once the proof of principle is complete,” he said.

The Patriot Express program has provided flights from the United States to overseas bases since the 1960s, but has undergone numerous route changes, cuts and reversals. The program runs about 20 different routes worldwide, Graff said.

The previous Aviano leg let travelers eligible to fly on AMC’s Space-A program hop a flight for the low cost of an international head tax.

Space-A allows military personnel and certain categories of government civilian employees, dependents, veterans and others fly on military aircraft to selected airfields on standby, when mission and cargo loads allow. It is often billed as a military benefit that lets servicemembers on leave travel the world for almost nothing, if they’re both patient and flexible. In 2017, AMC flew some 125,000 Space-A travelers, Graff said.

After the Aviano rotator was cut, the base contracted the Patriot Shuttle bus service to ferry air travelers between Aviano and Marco Polo airport. It’s about an hour’s drive and costs begin at 140 euro, depending on size and the number of vehicles needed.

Space-A seats were also still available from Aviano on C-130 transports to and from Ramstein, but they were less regular and availability was less predictable, officials have said.

The rotator’s potential return was first announced on Facebook, where the Aviano passenger terminal said last week that the limited test-run was slated to begin in early April. Officials were working with the Family Readiness Center on base to set up Space-A briefs as part of the welcome briefing given to newly arriving personnel, according to the online post.

One of two Feb. 5 posts said those interested in learning more can message, stop in or call the terminal. It also directed prospective travelers to the website takeahop.com to sign up for flights.

News of the returning flights was a source of happiness for some members of the Aviano community who commented on the posts to express enthusiasm, propose travel plans and ask questions.

“Glad it’s potentially coming back,” said Facebook user Ashley Evans. “My family is less than 2 hrs from Baltimore so perfect for me.”