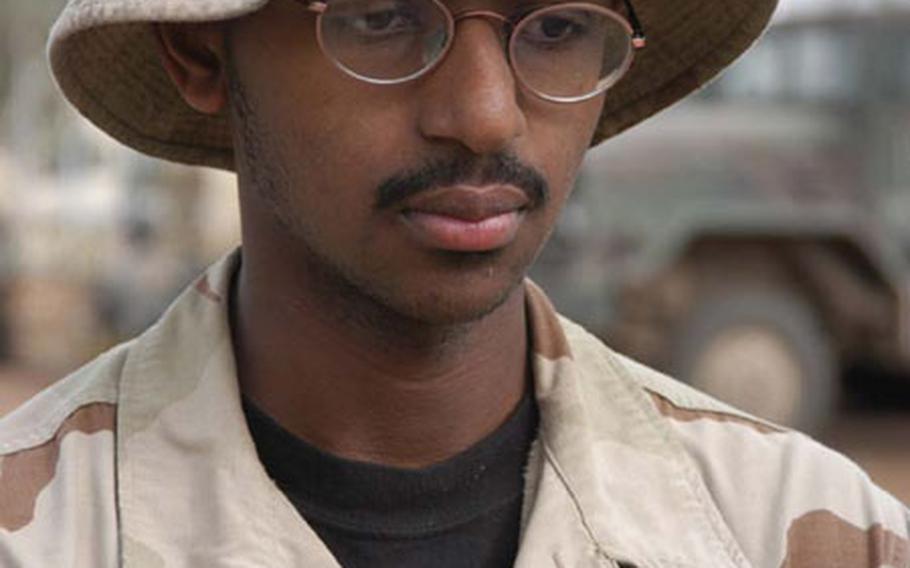 Airman 1st Class Antoine Holt was killed in a mortar attack on Balad Air Base, Iraq, on April 10. He was a member of the 603rd Air Control Squadron out of Aviano Air Base, Italy. (Michael Abrams / S&S)

Airman 1st Class Antoine Holt was killed in a mortar attack on Balad Air Base, Iraq, on April 10. He was a member of the 603rd Air Control Squadron out of Aviano Air Base, Italy. (Michael Abrams / S&S) 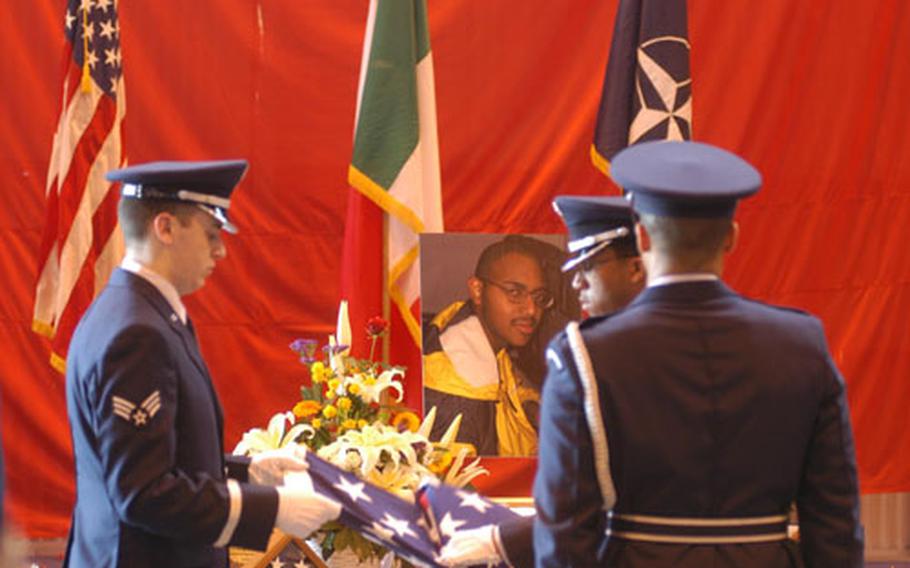 Airmen fold a flag Friday in front of a portrait of Airman 1st Class Antoine Holt at a memorial service for the slain member of the 603rd Air Control Squadron at Aviano Air Base, Italy. Holt was killed April 9 in a mortar attack at Balad Air Base in Iraq. (Kent Harris / S&S) 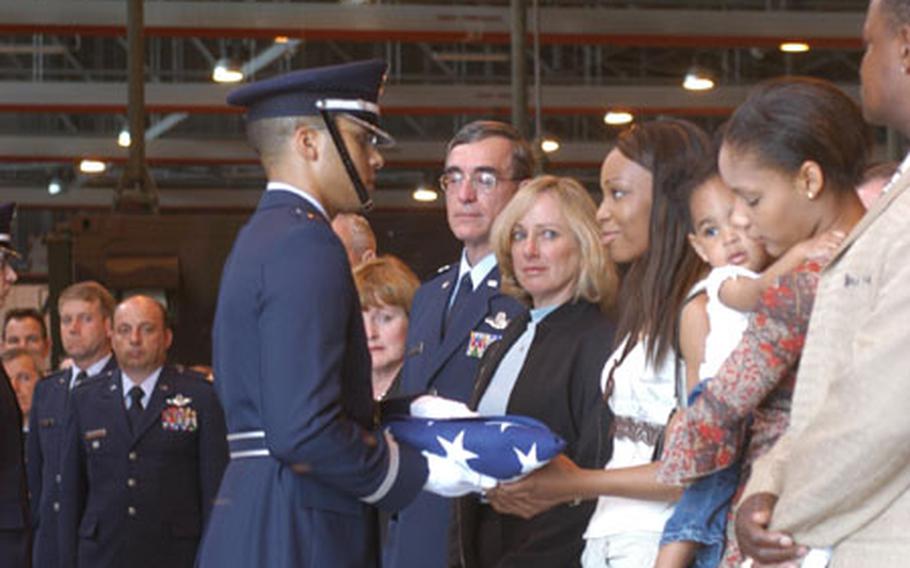 Patricia Holt, whose husband, Antoine, was killed in Iraq, receives an American flag in his honor during a memorial service Friday at Aviano Air Base, Italy. Holt, a member of the 603rd Air Control Squadron, died April 9 in a mortar attack at Balad Air Base. More than 1,000 people attended the service at Aviano. (Kent Harris / S&S)

Holt, who died April 9 in a mortar attack on Balad Air Base in Iraq, obviously succeeded.

More than 1,000 people paid their respects Friday at a memorial service at his home base. Among them were members of the 603rd Air Control Squadron not currently deployed to Iraq and family members who made the trip from Atlanta. But there were plenty of others, as well.

His mother, Courtney Garmon, said she was overwhelmed by the show of support for her son, who died two months shy of his 21st birthday. She told the gathering that it helped her understand why he loved being in the Air Force.

His father, Michael Holt, said a similar service in the States drew large numbers of people as well.

That family in Aviano included his wife, Patricia, and a 19-month-old daughter, Carmen.

Patricia Holt said she was happy to have had the opportunity to know Antoine, who was &#8220;more than just my husband. More than my soul mate. My partner. He was my best friend.&#8221;

One of those Antoine Holt inspired was fellow Airman 1st Class Jevarus Graham.

He spoke of how Holt got the nickname &#8220;Stitch.&#8221; The two were among those pulling guard duty in nearby Maniago during an exercise. Holt cut his arm and leg on wire while trying to apprehend someone coming through the perimeter. He made a trip to the medic.

Holt deployed to Iraq with the rest of the 603rd, one of the two air control squadrons in Europe, in November.

In fact, Brig. Gen. Mike Worden, commander of the 31st Fighter Wing at Aviano, said that the flag given to the Holt family was carried aboard an F-16 that took part in a bombing run following Holt&#8217;s death. A precision-guided bomb was dropped on the ground where the mortar was fired, creating a huge crater.