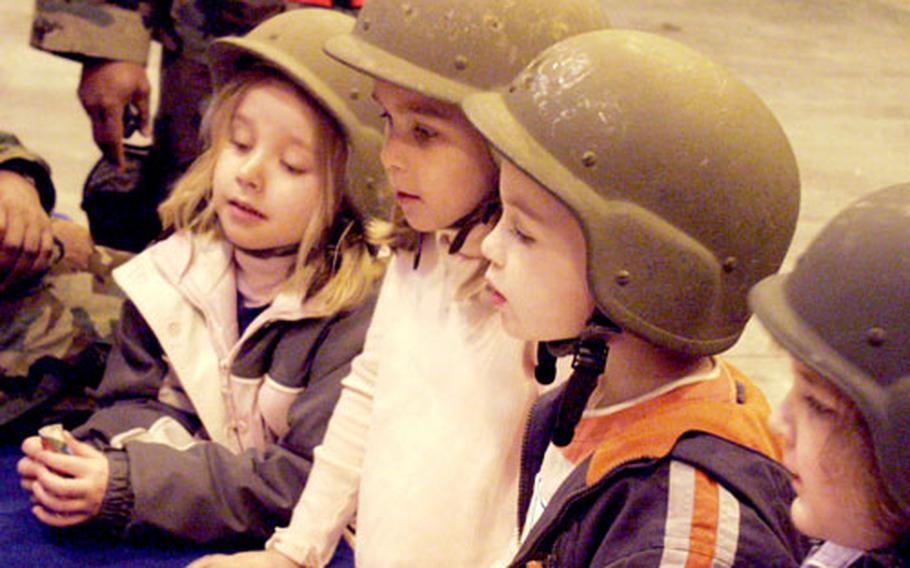 Members of the kids deployed club at Aviano Air Base, decked out in their deployment gear, listen to a briefing on deploying downrange Thursday. (Kent Harris / S&S)

Members of the kids deployed club at Aviano Air Base, decked out in their deployment gear, listen to a briefing on deploying downrange Thursday. (Kent Harris / S&S) 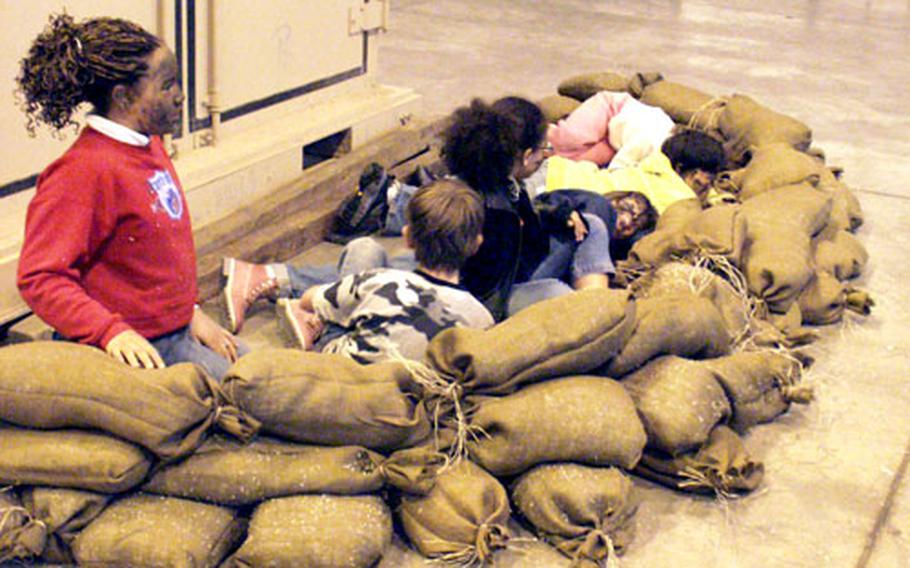 Members of the deployed kids club huddle behind sandbags during a daylong “deployment” at Aviano Air Base, Italy. (Kent Harris / S&S) 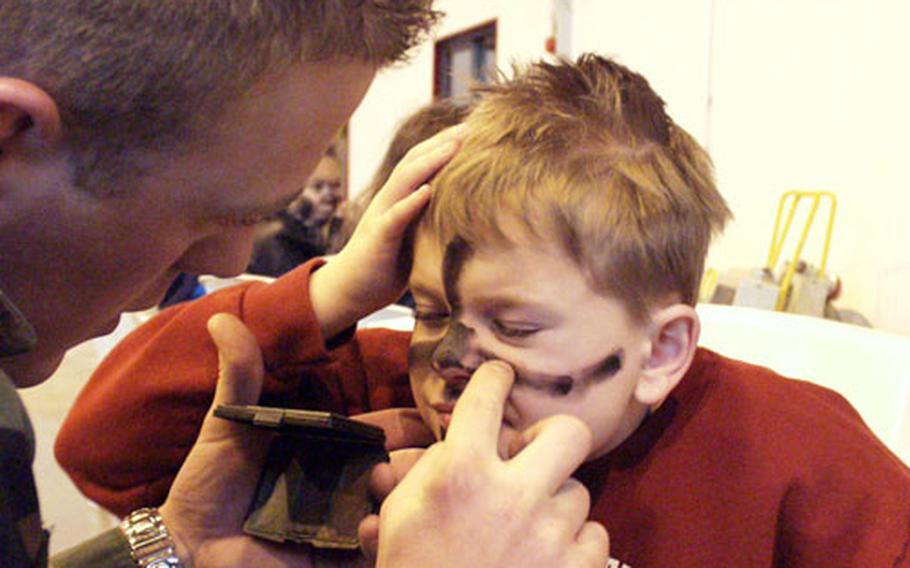 AVIANO AIR BASE, Italy &#8212; One of the first things airmen who deploy to the Mideast receive is face paint.

Then they all climb into ambulances and F-16s and &#8230; OK, maybe all the airmen aren&#8217;t that fortunate. Their deployments often involve waiting for things to happen, then a lot of rushing to get things done. And more than a little danger from time to time.

But for children of deployed personnel at Aviano Air Base, being sent somewhere else for a few months might not seem like such a bad deal.

About 60 youngsters who are part of the deployed kids club at the base&#8217;s elementary school got a glimpse of what deployment might be like Thursday during a series of demonstrations inside one of the base&#8217;s hangars.

&#8220;The second is we want them to learn a little more about what their parents do. It makes the [nondeployed] spouses happy, too.&#8221;

The children don&#8217;t have to have parents currently deployed. The parent could have already been deployed or have orders to be sent downrange soon.

&#8220;It gives them a physical tie, kind of, to what their deployed parent is doing,&#8221; said Senior Master Sgt. John Roth of the 31st Logistics Squadron.

Thursday&#8217;s &#8220;deployment,&#8221; held in Hangar One because of rainy weather, featured small groups of volunteers from units around the base.

Youngsters learned how to march &#8212; shouting &#8220;left, right, left&#8221; appeared to be the key element &#8212; saw some of the equipment airmen use in the field and then ate lunch during a military working dog demonstration.

They stacked sandbags that were light enough to be carried by the handful (the &#8220;sand&#8221; was actually paper) and then climbed behind the protective barrier. By then, of course, they were almost impossible to see due to the face paint they were wearing.

That paint wasn&#8217;t likely going to come off anytime soon, and Roth said that was OK. He said they&#8217;d return to their classrooms with something to share and a visible sign of their &#8220;deployment.&#8221;