Aviano hospital's opening marks the end of an era, too 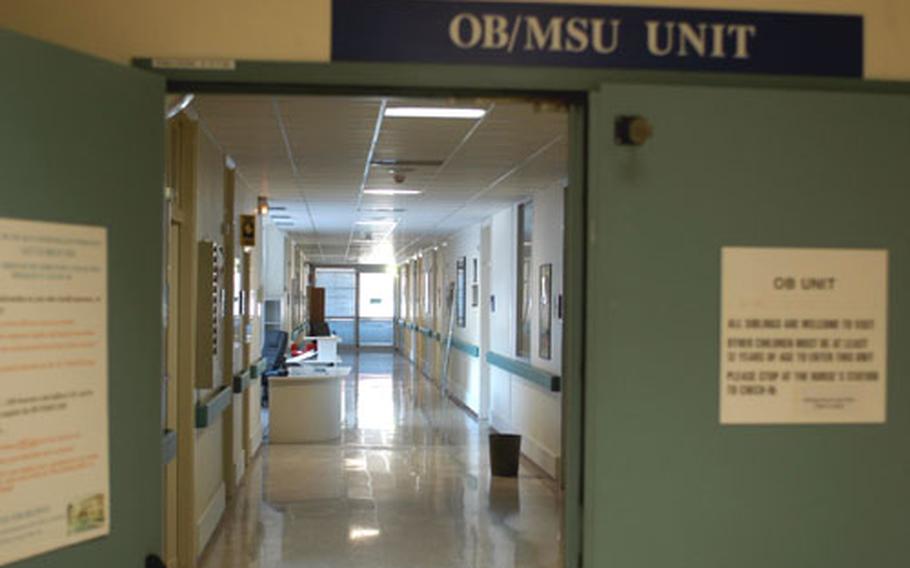 More than 2,000 American babies were born in this hospital in Sacile, Italy. Now U.S. personnel will use a new hospital at Aviano Air Base. (Kent Harris / S&S)

But until recently, many of the youngest members of the military communityhad one thing in common: Their lives began in Sacile.

That includes Jack O&#8217;Keefe, who was born in the Italian hospital in the city about 15 miles southeast of the base. Jack, born in April 2005, was one of more than 2,000 Americans in the last decade to utter his first cry at the facility.

Capt. Michael O&#8217;Keefe, Jack&#8217;s father and a nurse with the 31st Medical Group, said Friday that he had many fond memories of the hospital.

But that vulnerability &#8212; as well as a desire to make things easier for patients and save about $500,000 in annual rent &#8212; led the Air Force to plan for a new hospital on base. Thanks to funding from NATO, that hospital is now open. So the newest arrival to the O&#8217;Keefe family will be born in September on base.

On Friday, the wing&#8217;s leadership gathered at the hospital to say thanks to their Italian hosts.

Brig. Gen. Robert Yates, wing commander, called the hospital &#8220;a perfect example on how lucky we are to have our Italian hosts.&#8221;

Hundreds of Americans will continue to live and shop in the city, but Mayor Roberto Cappuzzo said he was still sad to see the American medical mission leave.

The Americans used only two levels of the hospital. Infants, newborns and their moms were the main customers. But Yates said more than 4,700 surgical procedures were carried out. O&#8217;Keefe said broken bones were mended and airmen were transferred in from other facilities to finish their recoveries from other operations.

Cappuzzo said the Italians would now convert the space into other types of medical uses, including a convalescent hospital.

Gina Fasan, a former mayor and current council member for the Friuli Venezia-Giulia Region, said the base played an important part in keeping the facility running for several years. The American need and rent helped the facility meet the criteria when many smaller hospitals in the region closed down.